Abraham, Isaac and the Ram

Last week we continued discussing the Akedah with Abraham and Isaac reaching Mt. Moriah, the place of which God had told them, Abraham building an altar, laying out the wood, binding his son, Isaac, and laying him on the altar on top of the wood. We discussed the passivity of Isaac and, in general, how little he is an agent or the author of his story and Abraham picking up the knife to slaughter Isaac. We discussed how horrifying Abraham’s readiness to kill Isaac is. We discussed God addressing Abraham (“Abraham, Abraham”) and Abraham expressing his readiness by saying, “Here I am” (Hineni).

We discussed an angel of YHVH then telling Abraham not to raise his hand against Isaac nor to do anything to him since he now knew that Abraham feared God since he did not withhold his only son. We discussed angels as speaking for themselves but also for God. We discussed the NJPS saying ”favored” rather than the more literal “only” (found in the OJPS and other translations) and the fact that the NJPS often is not very literal. We noted that Rashi points out that God did not tell Abraham to kill Isaac only to take him up the mountain (an idea we have discussed previously) and even personifies God saying that to Abraham.

We discussed Abraham looking up and seeing behind him a ram caught by his horns in a thicket and offering it up as an offering in place of Isaac. We joined the medieval commentators in wondering whether the ram was behind Abraham or whether a better translation would be “after” rather than “behind” meaning that Abraham did not see the ram until after the angel told him not to do anything to Isaac (implying that Abraham could have seen the ram all along but didn’t). We then discussed Abraham naming the place “YHVH Yireh” and what that might mean: “YHVH will see” meaning YHVH will see the place as an appropriate place for his presence, that YHVH appeared there, that God would see to the sheep, or that there is vision on YHVH’s mountain, etc.

We discussed the angel calling to Abraham a second time from heaven and telling him that YHVH, due to what Abraham had done, would bless him and make his descendants as the stars of the heavens (as he was told before) and the sands of the seashore and that they would take over the gates of their enemies–and that all the nations would bless themselves by Abraham’s descendants because he obeyed YHVH’s command. We noted the second call has to do with rewards for Abraham’s obedience. We all then breathed a sigh of relief (or, at least, I did) that we had finished discussing such a terrible and terrifying story in Torah.

This week’s artwork is by contemporary Santa Fe Jewish artist, Sara Novenson, Sarah (above) and Eve (below). “To me painting has always been like prayer, ” Novenson says. “Whether I’m painting the landscape, a flower, or one of my women of the Bible, I feel as though I am part of the earth, part of something much bigger than myself. It is a prayer of giving thanks, an expression of gratitude for the beauty of nature and all aspects of our life.” 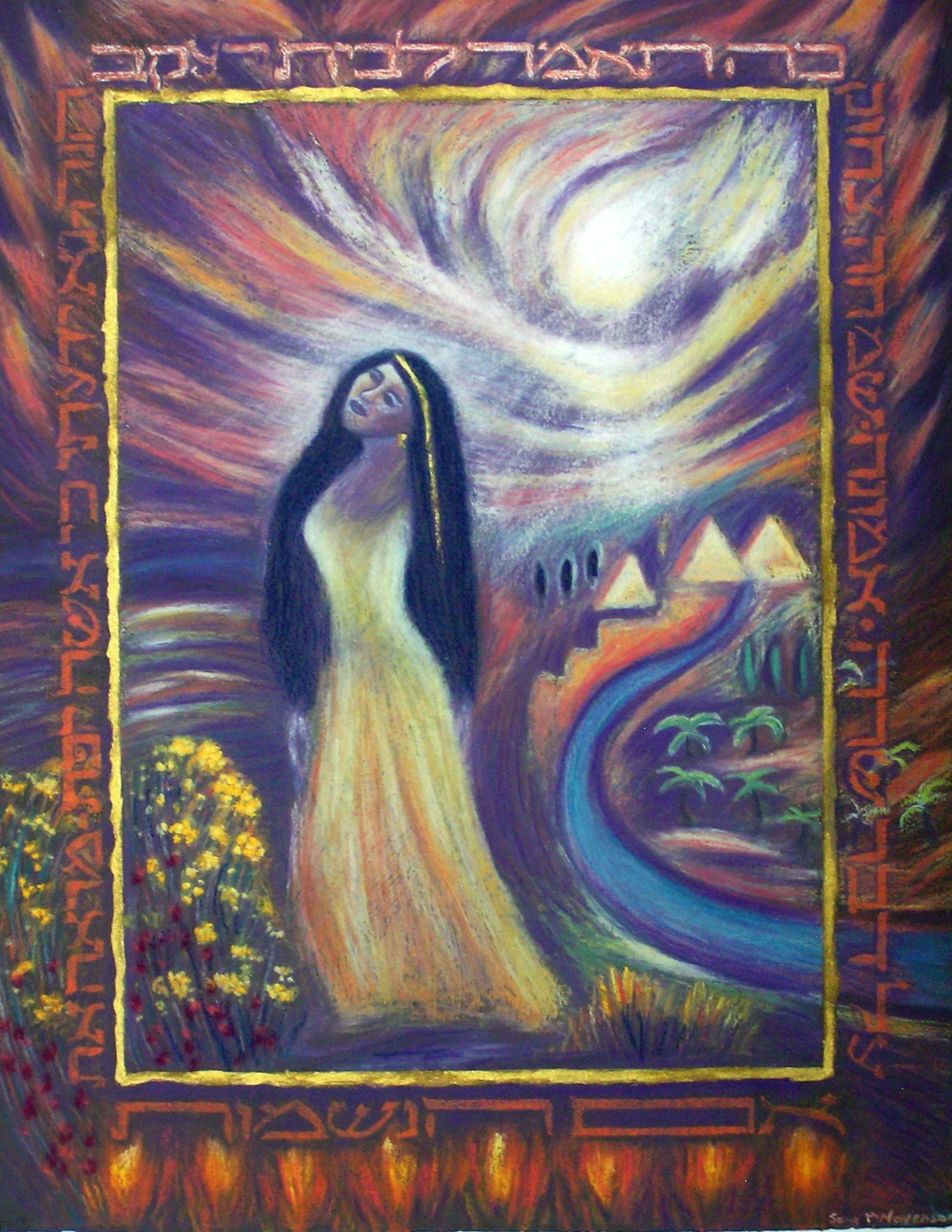 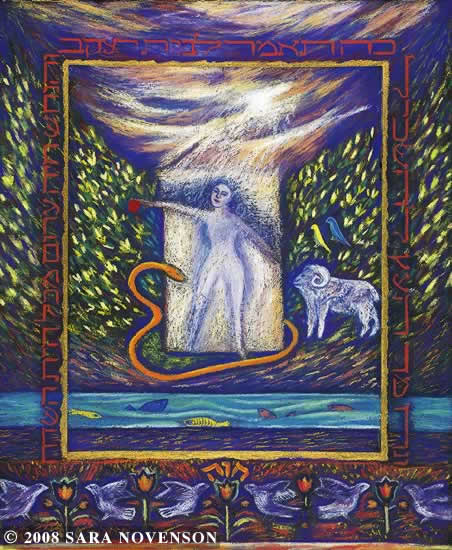 « Wrestling with the Akedah » Sarah’s Death and Burial