Wrestling with the Akedah

Last session, we went back to the question why Abraham did not argue with God about the command to sacrifice Isaac as he had argued about the destruction of Sodom and Gomorrah. Specifically, we wondered whether it might be because he was more strongly attached to Ishmael than to Isaac. We also discussed Abraham saying “here I am” (hineni) to Isaac just as he had said “here I am” to God and we wondered if he was really there for Isaac. We discussed Abraham saying that God would see to the sheep for the sacrifice and wondered whether that meant Abraham thought God would in fact provide a sheep or, instead, thought there would be no sheep and did not want to terrify Isaac. We discussed the text emphasizing the difficulty of the event by saying “and the two of them went together” which stresses the intimacy of the relation between them.

We discussed the justice or injustice of God asking for Isaac’s sacrifice (if that is what really what God asked for). Why are innocent people killed? Why does God allow that? Or ask for that? We discussed the omni’s–all-powerful (omnipotent), all-knowing (omniscient) and all good (omnibenevolent)–ideas admittedly not found in Genesis but utilized by medieval commentators and medieval philosophers.

* If you think God is omnibenevolent/all-good, then if bad things happen to good people, God cannot be either omnipotent/all-powerful (the bad that happened must not have been in God’s power to prevent) or omniscient/all-knowing (God must not have known that the bad was going to happen).

*If you think God is omniscient/all-knowing, and if bad things happen to good people, then God must either not be omnipotent/all-powerful (God didn’t have the power to prevent the bad things from happening) or not be omnibenevolent/all-good (God wanted the bad things to happen).

*If you think God is omnipotent/all-powerful, and if bad things happen to good people, then God must either not be omniscient/all-knowing (God didn’t know bad things were happening) or not be omnibenevolent/all-good (God wanted bad things to happen).

The general idea with these alternatives is that, if bad things happen to good people, then there cannot be a God who has all three characteristics. Of course, all along, we have not seen Torah describing God according to the omni’s. God has not seemed to know everything but has seemed to learn, for example.

We discussed a traditional interpretation that the story is about the end of human sacrifice–that God asked the hardest thing that could be asked of someone in the culture of the time, Abraham was willing to do it but in the end God did not ask that of him. We also discussed the Shoah because, in it, horrible things happened to millions of innocent people. We contrasted that with the Enlightenment (or, modern) idea that if Jews would be a Jew at home and a man or person in the street then they would be accepted and the idea that that kind of universalization of Jews didn’t work (and so we are post-modern or post-Enlightenment). It didn’t work to narrow our Jewish identity to the home and be more like everyone else in the street. We suffered massively anyway.

Our art this week is more work by a Pre-Raphaelite British Jewish artist, Simeon Solomon (1840-1905), Abraham and Isaac Set out for Mount Moriah (above), and The Sacrifice of Isaac (below). In addition to Jewish themes, Solomon’s artwork treated classical and homoerotic ones. 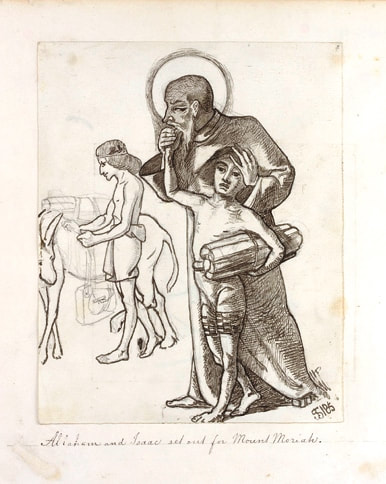 Abraham and Isaac Set out for Mount Moriah (Simeon Solomon) 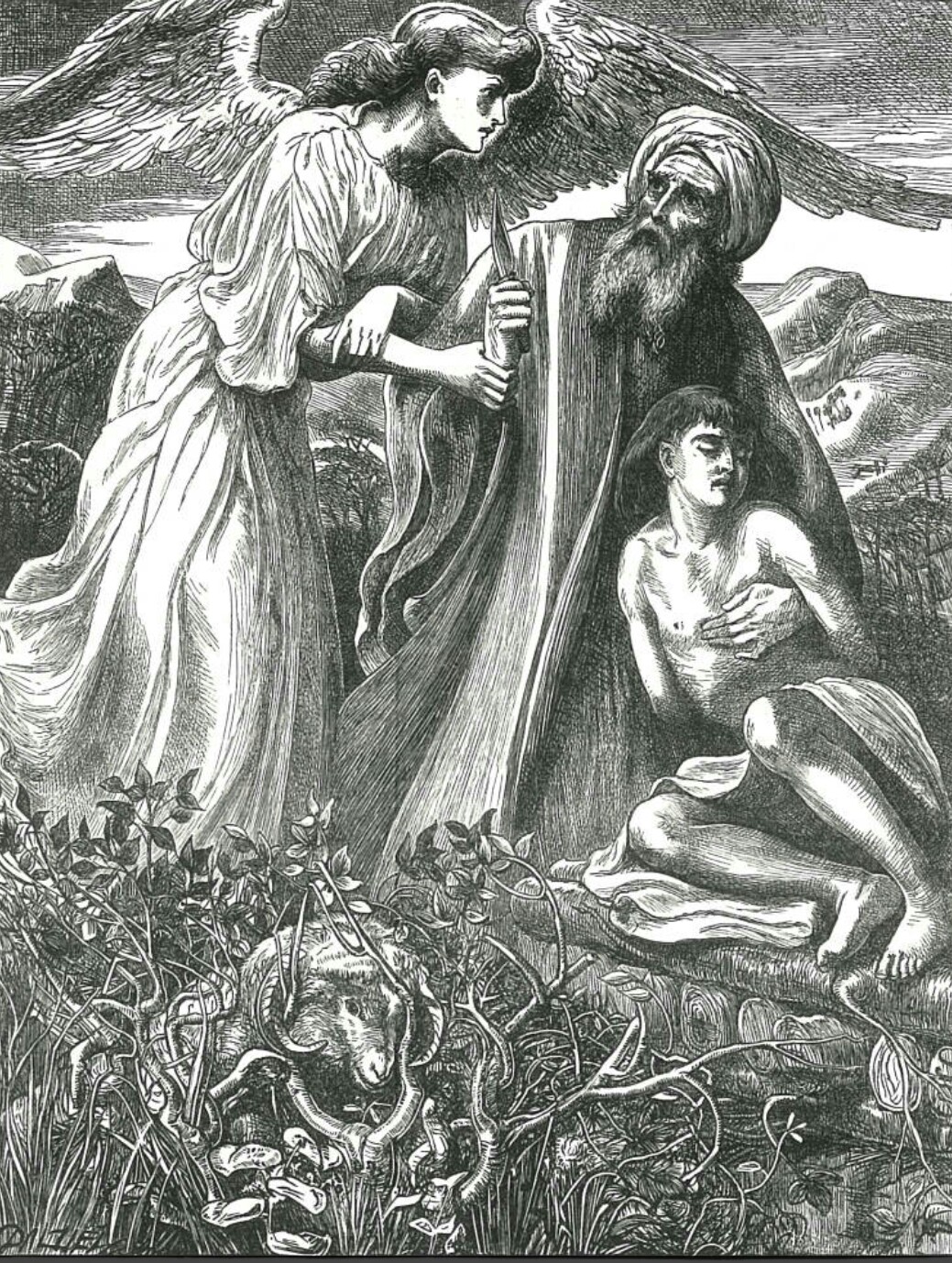 The Sacrifice of Isaac (Simeon Solomon)

« Here I Am: God Tests Abraham » Abraham, Isaac and the Ram