Abraham Plans a Wife for Isaac

Last week, we discussed Abraham’s purchase of field, cave and tree being established as a purchase in the eyes of all the children of Heth (meaning that it was established widely and publicly as belonging to him). We noted that Abraham was blessed in his old age with everything (land, wealth and progeny) and asked his old servant to go and get a wife for Isaac who is passive about the choice of a wife as he was in everything (we reviewed our discussions of why he was passive, for example, that he suffered from traumatic stress after his father almost killed him).

We discussed arranged marriages and the similarities and differences between them and marriages in the U.S. today (perhaps not as different as they seem as people still marry because of circumstances outside themselves such as going to college or rabbinical school together, that women in arranged marriages often are given the option to say ‘no’ to a partner not preferred, that some arranged marriages do and some don’t work just as some marriages by choice and some don’t work, etc.), the strangeness of having a servant pick a wife for one’s son (how would the servant know whom to select?) and the fervor with which Abraham has the servant swear that he will not select a Canaanite wife (just as parents today may wish for a spouse to be selected from their own ethnic, religious or social group) but will go to Abraham’s land and birthplace to find a wife and we puzzled over Abraham having the servant place his hand under Abraham’s thigh to do the swearing (possibly a sign of subordination). We began discussing the servant’s question about what he should do if the woman did not want to leave and come to Isaac.

Our artwork this week is by British-Israeli Jewish artist, Darius Gilmont, Parshat Chayei Sarah (above) and Parshat Vayera (below), two of his Torah portion artworks commissioned for a five-volume Torah-for-children set published in Berlin. 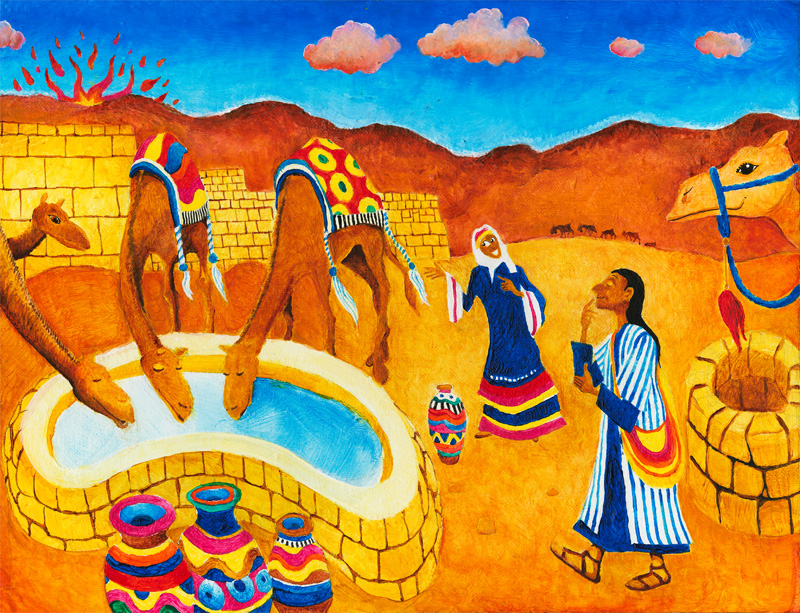 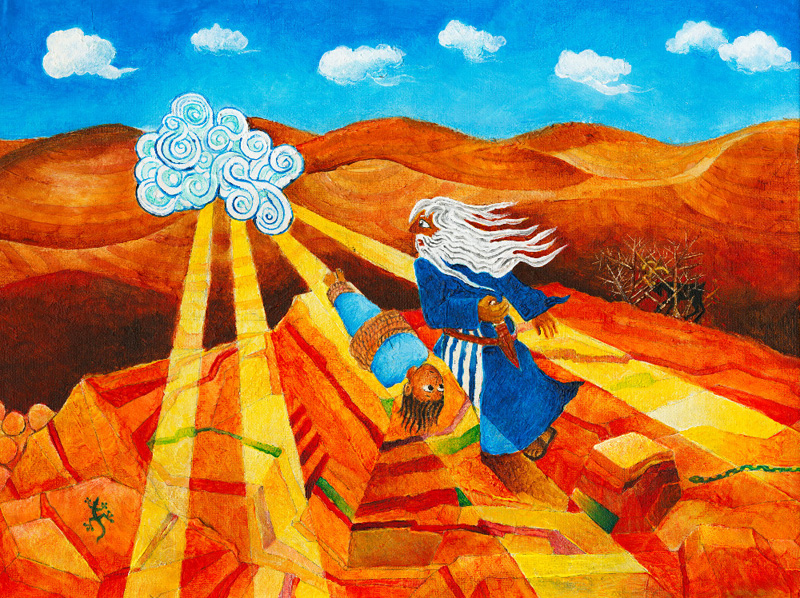