Last week we discussed Jacob’s sons speaking with guile when they answer Shechem and Hamor, and noted the term for guile, mirmah, was applied previously to Jacob when he took Esau’s birthright and to Laban when he switched brides indicating that guile spreads around, and the reason for them speaking with guile being described by the narrator as Shechem having defiled her or made her impure. We once again discussed what that impurity might be if not rape and stated it could be sex outside marriage, sex with a non-Hebrew, sex with an uncircumcised man. We discussed Shechem and Hamor saying they could not give their sister to an uncircumcised man and that doing so would be a disgrace among them and noted “among them” makes it about them and not about her (because patriarchy).

We discussed Shechem and Hamor being pleased about the proposed circumcision (perhaps because they wanted the advantages of mixing with a wealthy family or perhaps out of a desire for Dinah) and Shechem, who was most respected or weighty in Hamor’s house, getting circumcised right away. We discussed all of the males getting circumcised after Hamor and Shechem declared that Jacob’s people were peaceable, that the land was big enough for them to live in it and go around in it (that is, trade in it), that each group would take the other’s daughters for wives.

We noted that the three days after circumcision is reminiscent of Abraham seeing the three angels or visitors three days after circumcision (and the two events making a strong contrast between hospitality and violence) and discussed Simeon and Levi coming stealthily and killing all the males in the city, that they killed Hamor and Shechem (by sword) (using the literary form that mentions the whole group first and then one specific part of it), that they took Dinah, that Jacob’s sons went further and despoiled the city because their sister had been despoiled, that they took, basically, everything including infants, wives, and property.

We discussed that Jacob is not happy with what his sons did and tells Simeon and Levi that they caused him anguish and made him odious (or, smelly) to those who lived there—the Canaanite and the Perizzite—and that, since Jacob was few in number, they would strike and destroy him and his house. The sons replied, “Shall he treat our sister like a prostitute?” and we discussed stories similar to this one (Romeo and Juliet, West Side Story, Homer’s two epics).

Our artwork this week is two photographs from Israeli Jewish artist, Dikla Laor. The photos are of women in the Bible, Deborah the Nurse of Rebecca (above), and Bilhah and Zilpah (below). The three women are mentioned in upcoming verses in Genesis. 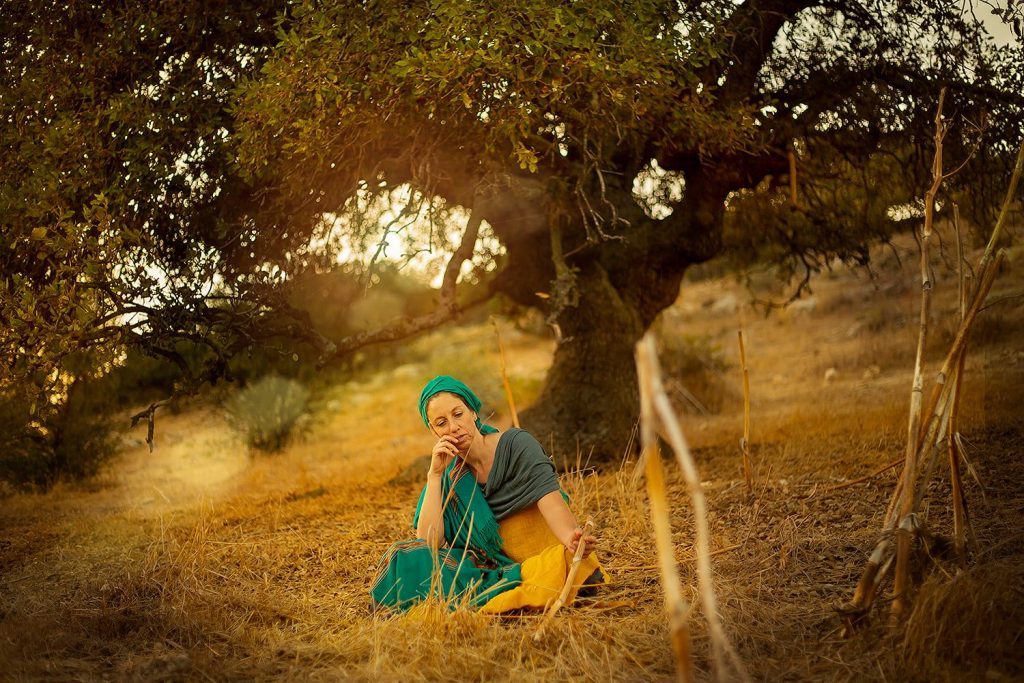 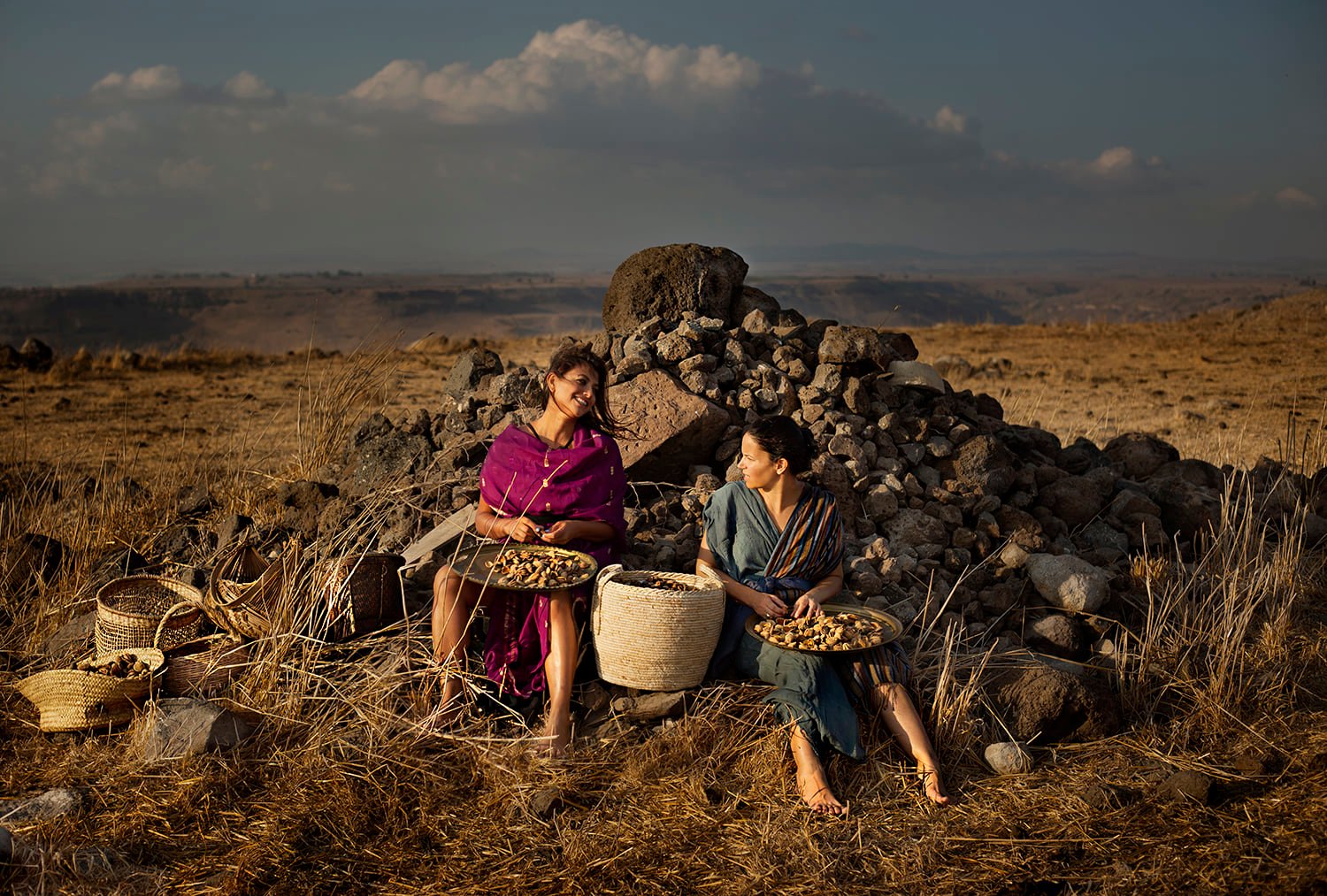