Last week, we discussed Joseph, during the abundant years, putting in each city the grain of the fields around it and noted that he did not store it all with the Pharaoh, showing some maturity of judgment (not creating resentment of himself and Pharaoh that might result if they had all the grain to themselves) and discussed whether his maturity happened all at once or more gradually (and had different opinions about it). We discussed Joseph piling up the grain like the sand of the sea, very great, until he stopped counting because it was without number and noted that that figure of speech reminded us of the God telling Abraham in Genesis 22:27 that he would multiply like the sands of the sea (elevating Joseph to the status of Abraham). We noted the repetition of the “bar” or “rab” sound in the Hebrew adding to the poetic nature of the passage by emphasizing the sound for “very much”.

We discussed Asnat bearing two sons for Joseph, Manassah and Ephraim, before the famine hit and Rashi’s comment that this indicates it is not good to have sex during a famine (taking a later view and finding warrant for it in this passage), that Manassah’s name related to Joseph forgetting his trouble and his father’s house and Ephraim’s name to God making him fruitful in the place where he had been degraded. We discussed the first name relating to Joseph breaking away from his father. We also learned of one interpretation according to which Joseph had been abused as a child.

We discussed the famine coming to all the lands and being over the face of the whole earth while Egypt, as a result of Joseph’s wisdom, had bread. We discussed Pharaoh directing hungry people who beseeched him to Joseph and telling them to follow his instructions. We wondered at this Jew—a “court Jew”—being so important during a great famine (possibly the pan-Mediterranean famine that destroyed even the Mycenaean Greek culture according to some developing scholarship), this Jew who sold to Egypt when famine was strong in the land.

In this week’s art, Indian American Jewish artist, Siona Benjamin, portrays Joseph and his wife as part of her series, Finding Home: Joseph (Finding Home #82, above) and Asnat (Finding Home #62, Fereshteh, below). Asnat is portrayed in blue, like the Hindu god, Vishnu, with her name in Hebrew on the upper frame, the Hindi word for “what?” in a comic book bubble, and the phrase “why I don’t Get the Yiddish Jokes” in the lower frame the point being that she would understand the Yiddish jokes as much as an Ashkenazic Jew would understand the Hindi phrase in the bubble. Asnat, of course, was Egyptian though her sons had Hebrew names. In Benjamin’s portrayal, Asnat is mixed, a woman with a traditionally male kippa who is both American (with an American flag apron) and Hindu (with a Mughal prince’s sword), suggesting fluidity of identity. Joseph, too, crosses boundaries, looking girlish with curls and a coat that looks like a dress. His name is spelled out in Hebrew but the Hebrew letters aleph, shin, kuf appear which, in Urdu, spell Ishq which means divine love–perhaps the love of YHVH that accompanied him through his troubles. Perhaps Benjamin, who left her home in Mumbai, identifies with Asnat and with Joseph, both of whom left their homes, had shifting and mixed identities and never were simply one thing or another. 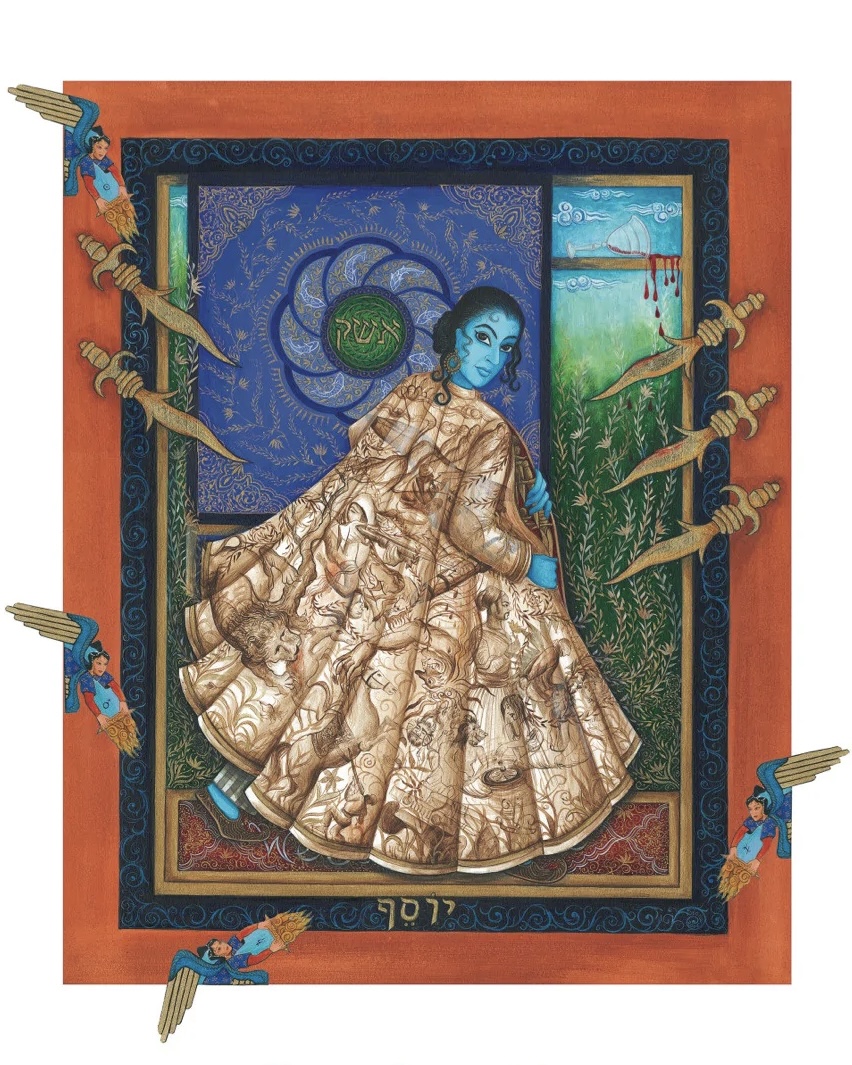 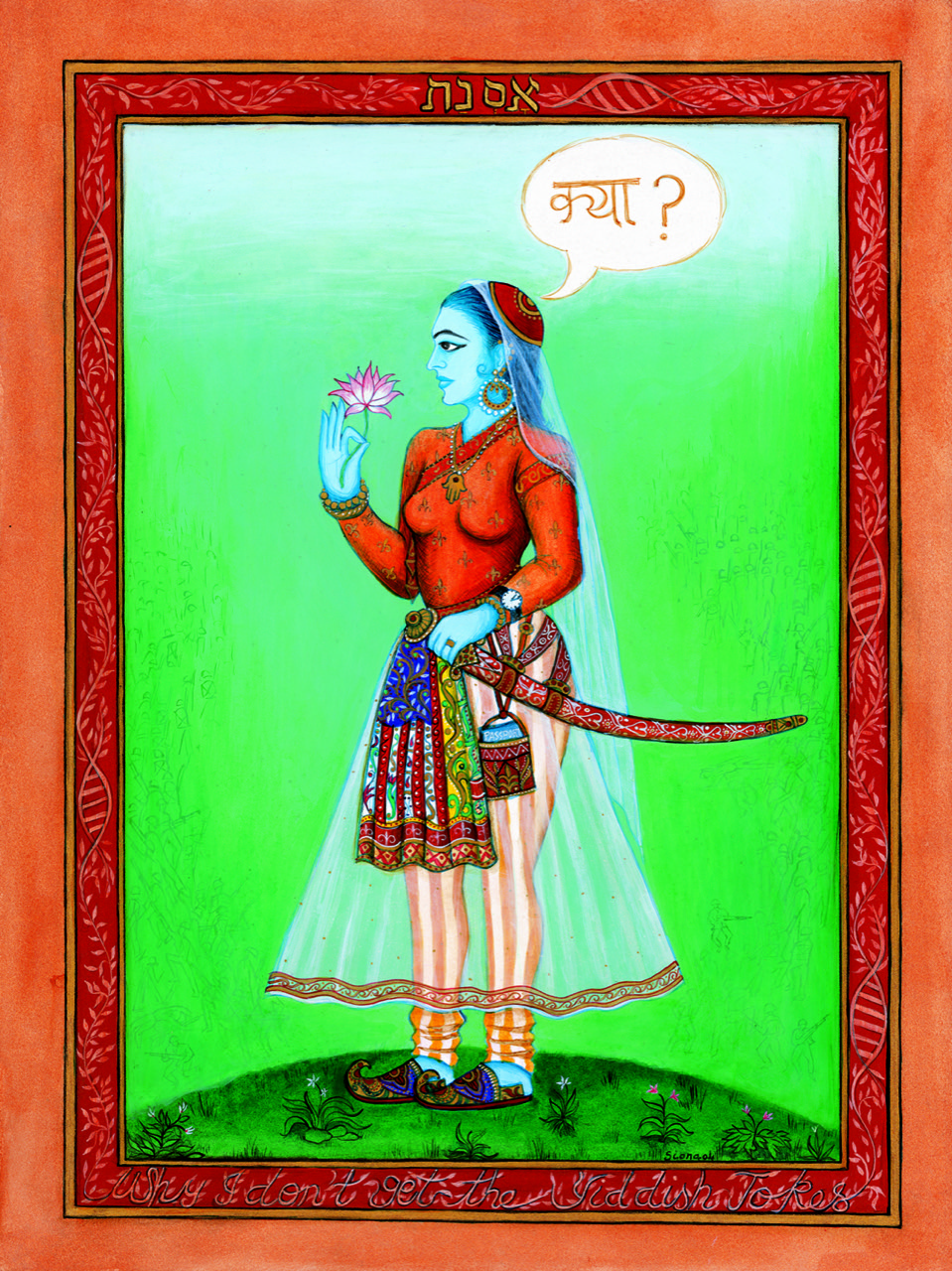 « Joseph’s Change of Status » The Brothers Go to Egypt