Last week we discussed the a b a chiasmus of the parallels a-your brothers/a’-your father’s sons, a-will praise/a’-will bow down to with b-your hand/will be on the nape of your foes in the middle. We noted the poetic word order (not the standard verb-subject-object order but object-object-verb-subject: Judah-you-shall praise-your brothers (but we would have to say something like You, Judah, your brothers will praise or we wouldn’t understand what is subject and what is object). We noted the rhythmic quality of each of the cola. We noted that Judah–not Reuben, Simeon, or Levi–is being treated as if he were the firstborn (49:8).

We noted the stylistic element of metaphor in calling Judah a lion’s cub. We noted as well that the metaphor contains a reference to Jacob (since a cub is a child and Jacob would be the father) who wants to refer to himself when he foretells his sons’ future and that Judah crouches and cannot be moved implying that he is strong and active on the one hand and steady and grounded on the other. We discussed the difficulty of knowing what the different terms for a lion mean and what shades of difference they carry. We also discussed that lions are the symbol of Judah (and came to be a symbol of Jews) and that they are often found in Jewish art and architecture (49:9).

We were reminded that the scepter and the rod were taken from Judah by Tamar. We noted this implicit reference to something negative Judah did and contrasted it with the much more overt mention of negatives regarding Reuben, Simeon, and Levi. We discussed the question of whether there is a reference to Shiloh or to tribute (disputed by commentators) though in either case, the point is that, given his active and steady nature, power will not be taken from him and people will obey him (49:10).

We noted the imagery of tying an ass or she-ass to even a choice vine indicating the plenty Judah will have (so that he does not worry about possible damage to one of his vines) and washing his clothing/his garments in wine/the blood of grapes indicating that he will have so much wine he can use it as a dye. We noted that the imagery of eyes dark with wine/teeth white as milk once again suggesting plenty—plenty of wine to make his eyes dark from enjoying drink and plenty of milk so that his teeth are white. (49:11-12).

We noted that not too much is said about Zebulon except to associate him with the seashore, with boats, and with a border at Sidon (Lebanon) (49:13).

Our artwork this week is two Leo Baeck Institute photos of the Augsburg Women’s Synagogue’s Seals of the Twelves Tribes: Dan and Levi (above) and Gad and Benjamin (below). Dan is symbolized by a snake, Levi by a twelve tribes breastplate, Gad by tents and flags, and Benjamin by a wolf. 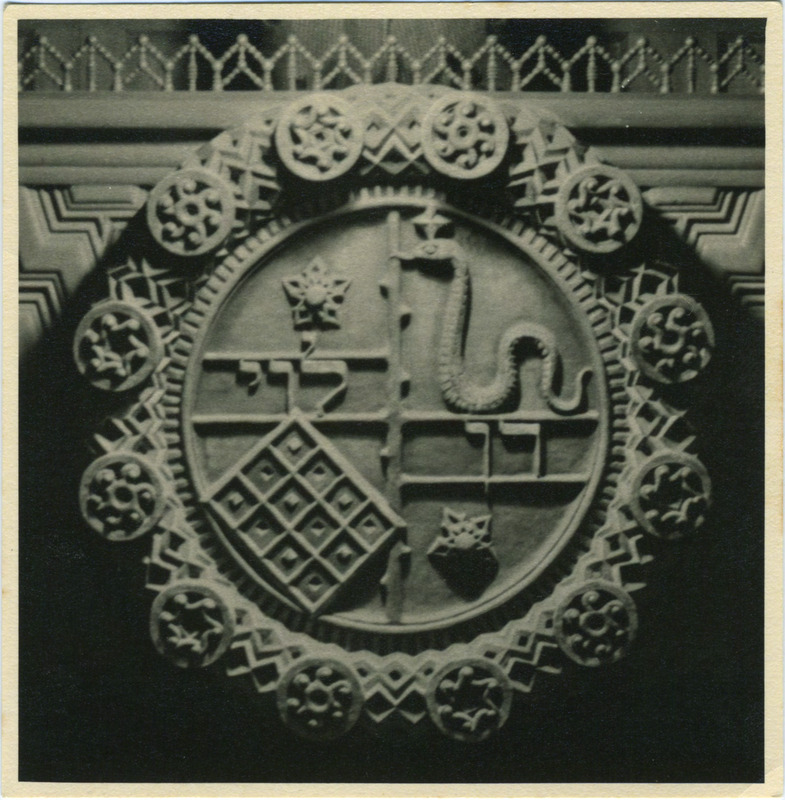 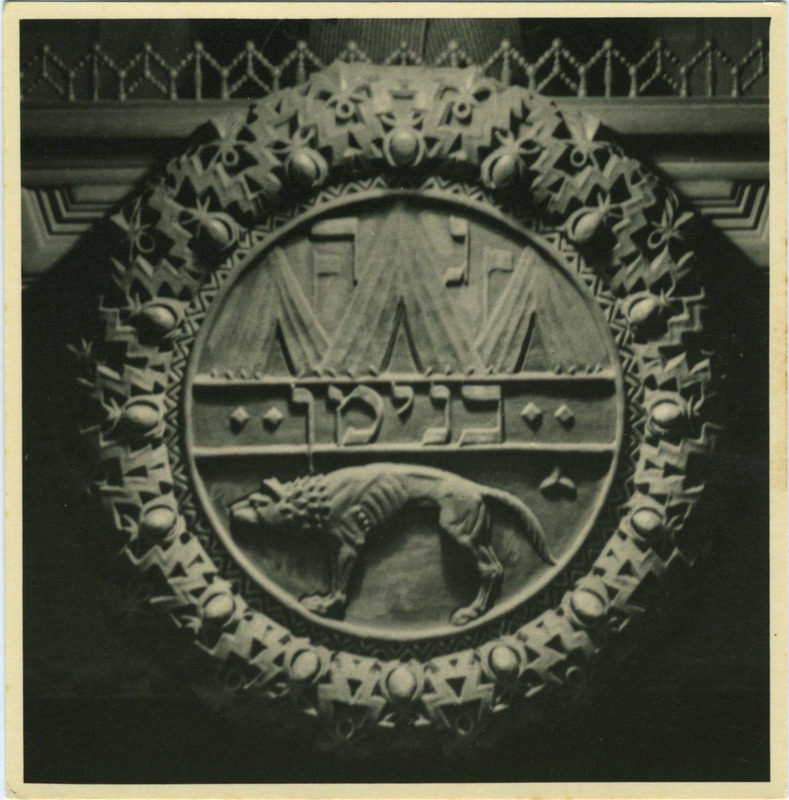