Last week we discussed R. Sara’s question about whether Genesis 49:2 is part of the poem or not and concluded that it is since it displays parallelism of meaning (assemble and listen/listen, sons of Jacob/Israel your father) and we noted that 49:2 is a bicolon (where ‘bi’ means two and the verse includes two parallel cola).

We noted in parallelism in 49:3 (a: first-born/beginning, my power/my might) as well as learning that the idea of first-born of my power has a concrete meaning, namely, first-born from my penis (metaphorically called my power or my might). We noted the second parallelism in b: pre-eminent in bearing/pre-eminent in strength. We then discussed the bridging c: you’ll not be pre-eminent which is followed by the oppositions b’: you defiled and c’: ascended your father’s bed/going up to my couch. We noted that 49:3 and 49:4 together form a strophe that has a chiasmic mountain form (a b c b’ a’) that R. Sara told us about in her lecture on Hebrew poetry. We noted how the poetic elements echo the content which is that Reuben came from Jacob’s ‘power’ and then tried to negate that power by exercising his own in Jacob’s own territory (i.e. by having sex with Jacob’s concubine).

We then went on to Simeon and Levi. We noted parallels: Simeon and Levi/brothers, vessels/tools; my soul/my glory, come in their counsel/be united in their society. We noted the opposition of Simeon and Levi being united into a pair of brothers while Jacob does not want himself to be united with them. We recalled that Simeon and Levi wiped out the men of Shechem due to the rape of Dinah. We noted the striking image of being a vessel of violence. We noted the parallelism of killing a man when angry and crippling an ox at their pleasure, the two together conveying the idea that they are violent all the time, whether they are angry or they are pleased (and that this is the figure of speech called merism which refers to a whole by invoking two of its opposed parts—here being angry/pleased but covering every possible state in between). We then noted the parallels anger, strong/wrath, hard and divide/scatter them in Jacob/Israel. We noted an overall opposition in the Simeon and Levi strophe, starting with the unity of the brothers and ending with them being scattered and divided.

We discussed a lot more than this—if you can believe it!

Our artwork this week is two soft pastel and ink drawings from Shoshannah Brombacher’s Shevatim, Chodoshim and Mazalot (The 12 Tribes of Israel, the Jewish months and the Zodiac), Yehudah (above) and Benyamin (below). Brombacher was born in Amsterdam in 1959 and has lived also in Leyden, Berlin, Jerusalem, and New York. She associates each of the tribes with the animal they are described as in Genesis 49 (Judah as a lion and Benjamin as a wolf) and also with the Zodiac sign assigned to them later (Judah with a lamb, Benjamin with a bow).

She also includes elements from the mystical Sefer Yetzirah’s understanding of each tribe. For example, Judah is associated with the month of Nisan and her portrayal of him includes an eastern European seder under a hanging lamp (Judenstern) since Passover occurs in Nissan. Sefer Yetzirah associates Benjamin with sleep, which results from feeling secure, and with the month of Kislev. Brombacher draws him asleep with angels going up and down Jacob’s ladder since Kislev, according to Sefer Yetzirah, is the month in which all the dreams of Torah take place. Click on the link above to see the complete set of drawings and Brombacher’s explanation of each. 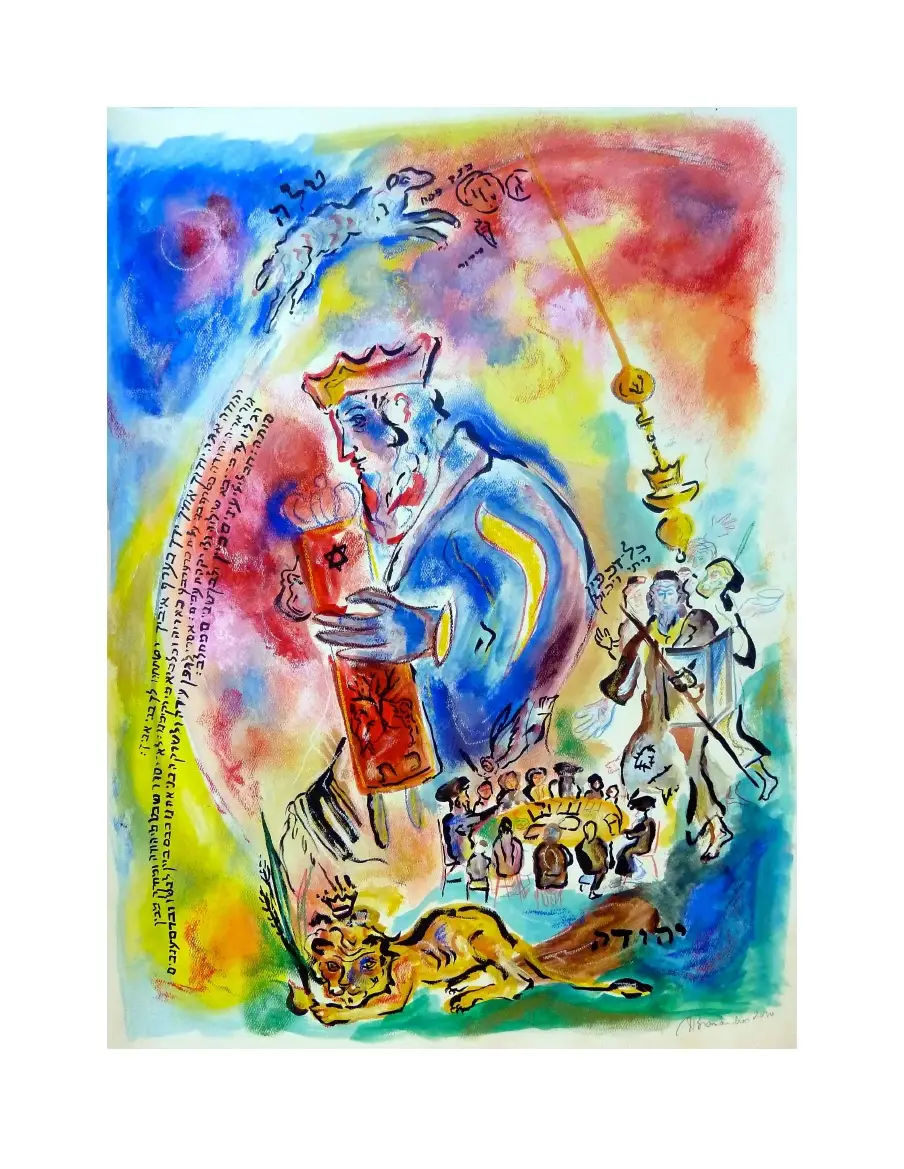 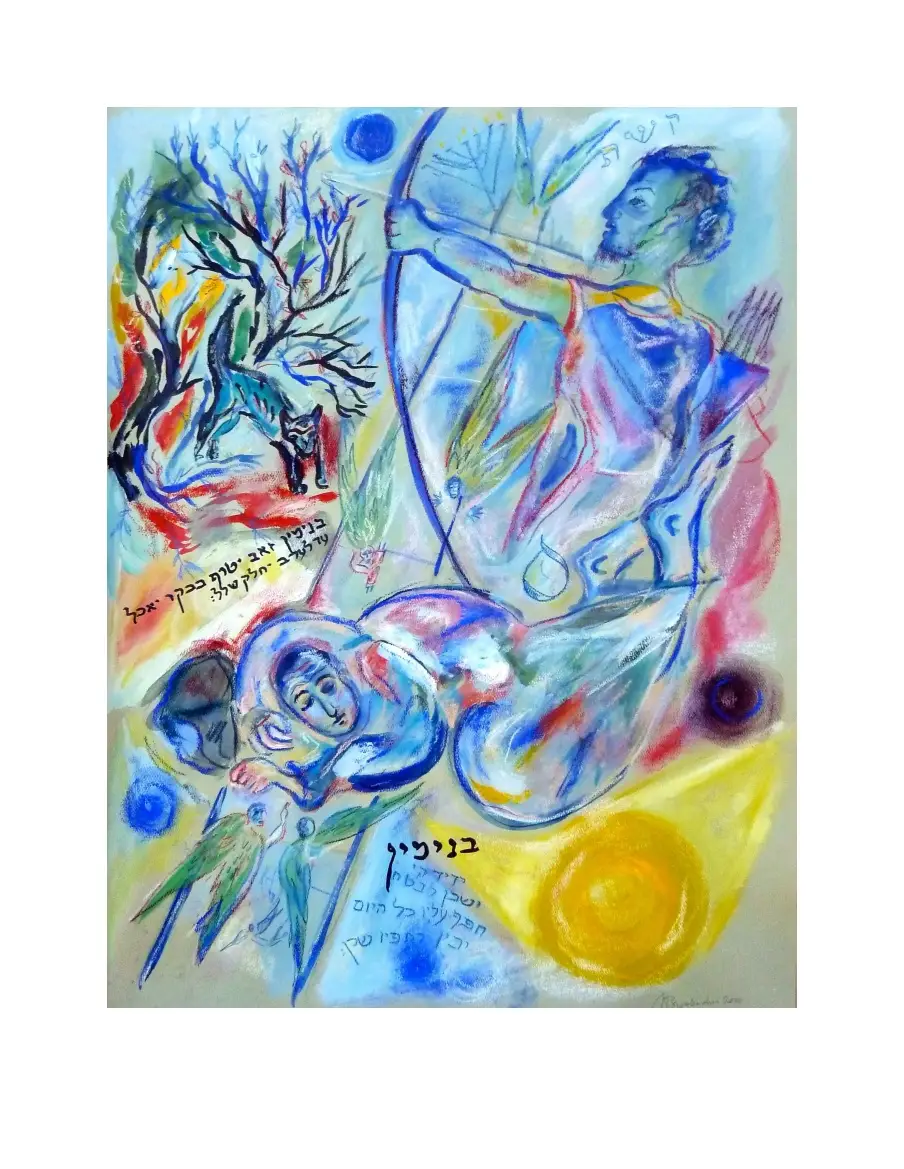