Last week, we learned from Rabbi Sara that there are three basic elements of Hebrew poetry, colon (the most basic unit—also called a monocolon), line (a grouping of cola, for example, a bicolon) and strophe (lines grouped together by internal cohesion; for example, a common type of strophe is monocolon with a bicolon).

We also learned about parallelism, rhythm, and style. Regarding style, we heard about simile, list, repetition, terseness, and chiasmus. Chiasmus is an arrangement of elements in which the first two elements are reversed at the end, for example: a b b a. Another example is: a b c b a. Rabbi Sara discussed the mountainlike structure of the second one).

Our artwork this week is by Israeli Jewish ceramic sculptor, Michael Silverstone, 12 Tribes (above) and Plate (below). The clock was designed for the Western Wall Plaza in Jerusalem and features symbols of each tribe. 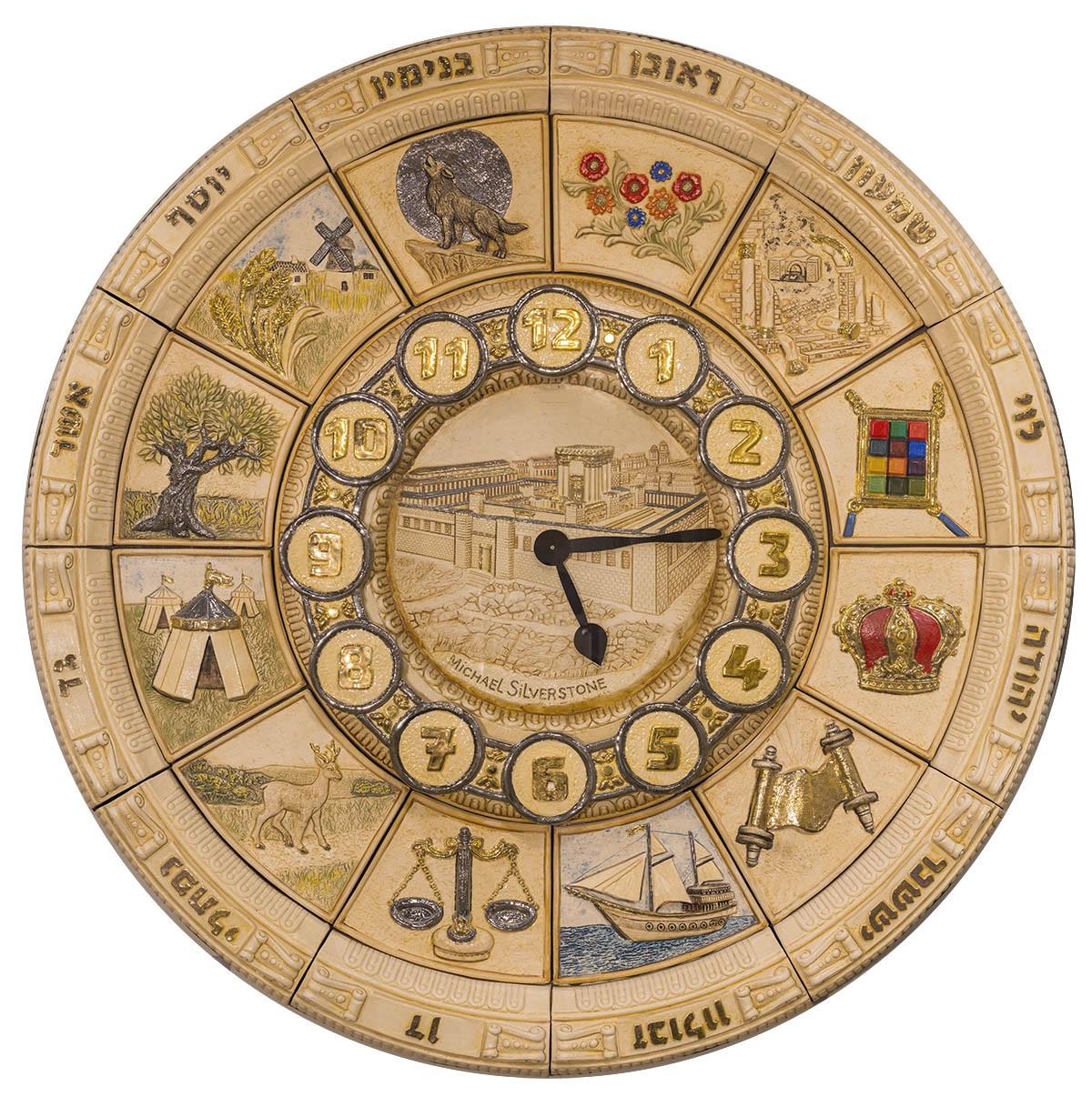 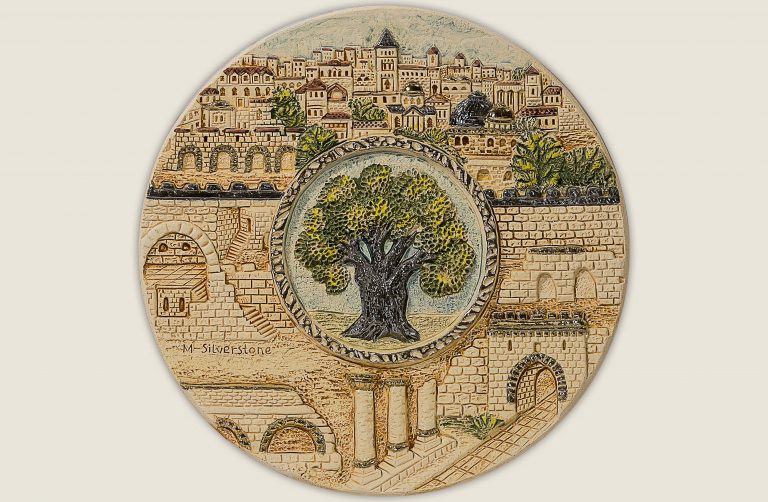