Last week we discussed Jacob’s descriptions of Gad, Asher, Naphtali, and Joseph. We noted the stylistic element of alliteration (repetition of a sound) in the description of Gad (gad yegud yegudenu v’hu yagud akev) and were struck by the different ways translators try to convey the description and, at the same time, retain the meaning of the original. We discussed Asher’s rich bread (maybe indicating rich food in general) and that he would bring forth kingly dainties or delicacies and Naphtali being a hind (a doe, a female deer) who brings forth lovely fawns (or, some say, lovely words). We discussed Joseph as a fruitful bough over a spring (or, on another conjecture, a wild ass by a spring), branches running over a wall (or, wild colts on a hillside; or, daughters strode by a rampart), and were struck even more by these diverging translations.

We discussed the fact that in some cases the meaning is conveyed differently by different interpreters because they try to utilize sound and meaning close to the original sound and meaning, in other cases because of the semantic range of the terms used, in other cases because the text itself may be corrupt, etc. This led to a discussion of the fact that texts are copied and, over time, mistakes creep in, and a brief discussion of the oldest extant texts of Torah and the oldest extant texts in Hebrew. Some of us were happy with multiple meanings because they expand the text. Others were concerned that we don’t always know what the text says. Some were both happy and concerned. One liked the fact that we do not know what the name of God, YHVH, means because the lack of knowledge preserve’s God’s mystery.

We continued discussing archers savagely attacking Joseph but Joseph staying strong and his forearms nimble—from the hands of the mighty one of Israel, also called the shepherd or rock of Israel. We discussed words that don’t say what something is but allude to it such as (contemporary example) “lady of the night” (a euphemism) and (in our text) God having hands, being a shepherd who protects us or being a rock that steadies us (metaphors). We noted that blessings of the sky and blessing of the deep could be a merism (where contrasting parts are mentioned to stand for the whole—here the contrast being above and below) and the other figures used in the discussion of the blessings Joseph will receive, blessings of breast, womb, of your father, of the mountains, etc., that all would be on Joseph’s head (another metaphor?) and would set him apart from his brothers.

Our artwork this week is two more of Shoshannah Brombacher’s soft pastel and ink drawings of the twelve tribes, Gad (above) and Asher (below), from her series entitled, “Shevatim, Chodoshim and Mazalot,” (The 12 Tribes of Israel, the Jewish Months and the Zodiac). She portrays Gad at the back of a troop of raiders, protecting the bride, Betulah (portrayed and written in Hebrew letters). Betulah is Virgo, the zodiac sign associated with Gad. She portrays women carrying huge challot in her representation of Asher as well as people carrying baskets of produce, olives, grapes and grain to give to the king. There’s a lot more portrayed in each of these drawings as well. 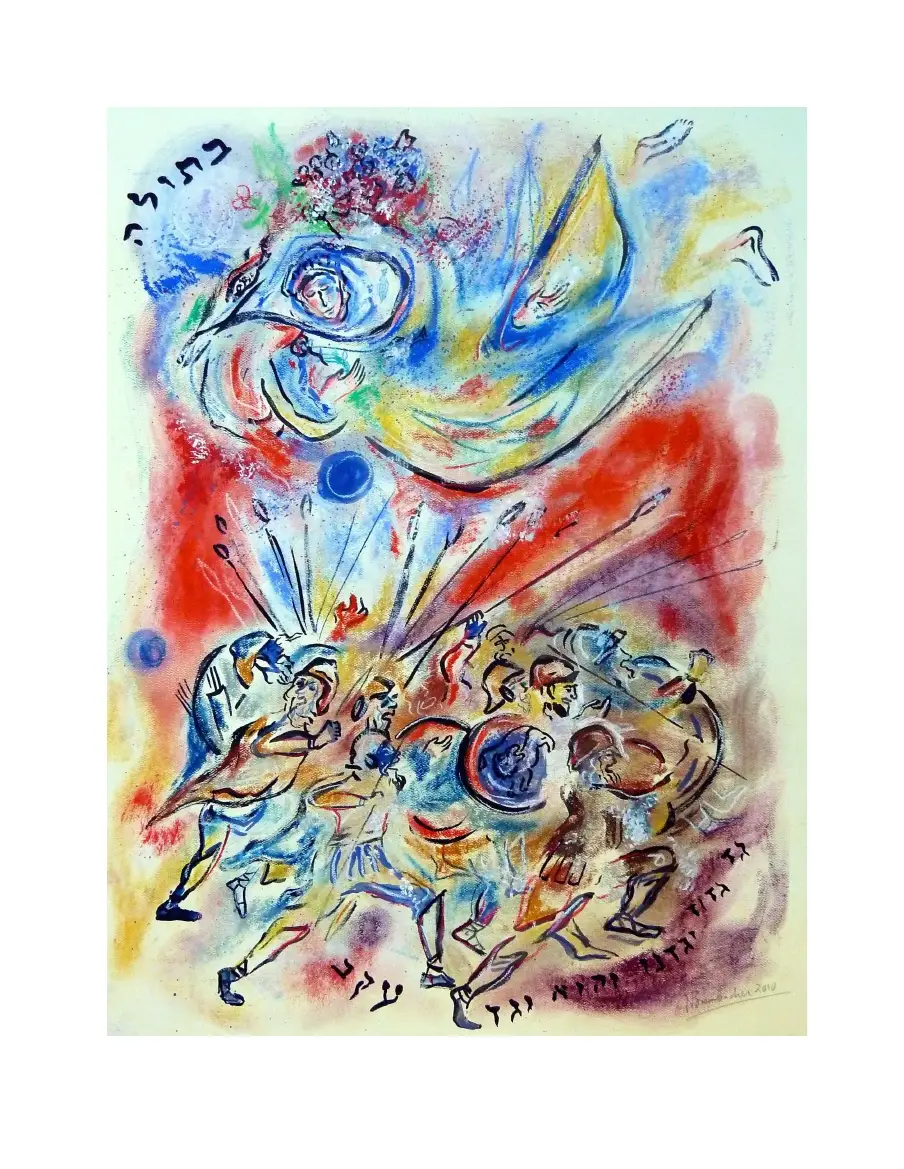 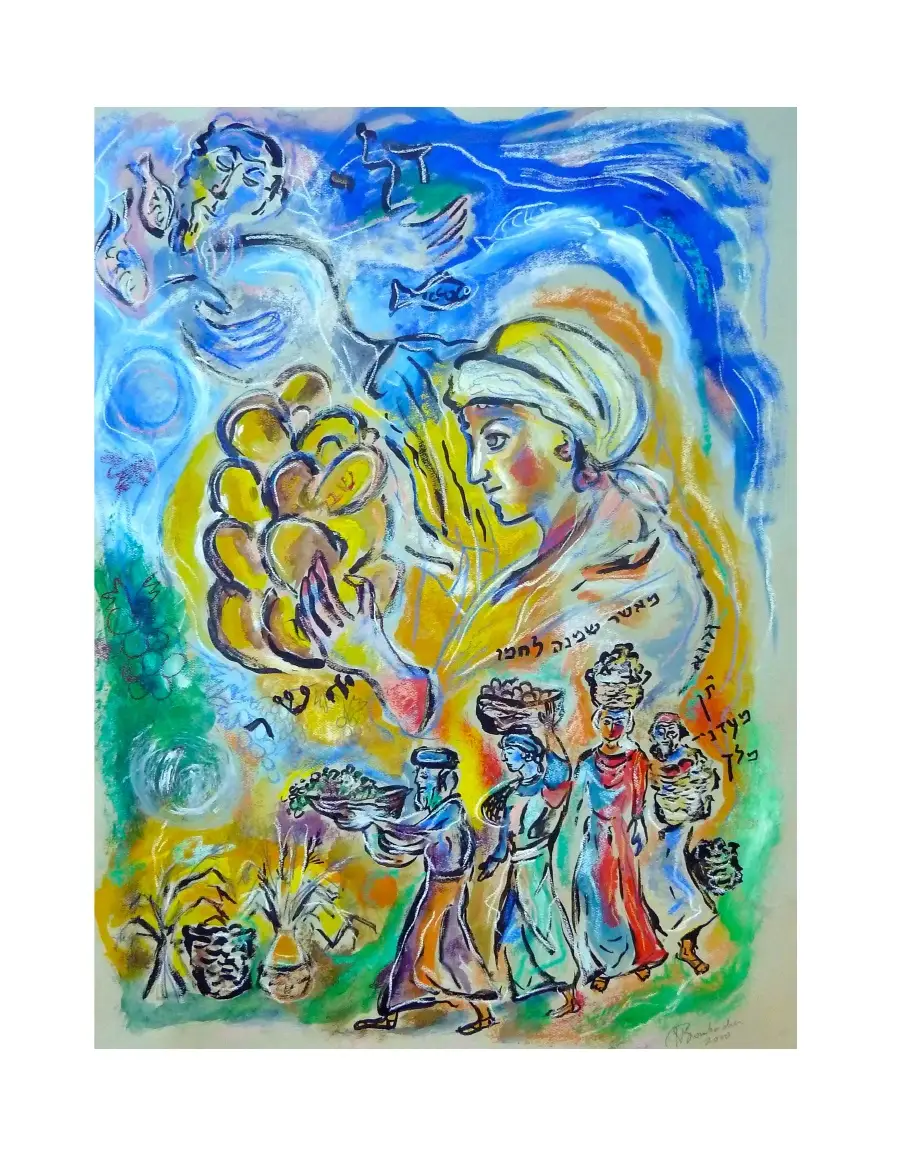