We had an excellent visiting speaker last session, Dr. Ignacio Montoya, Sinai member and linguist in UNR’s Department of English. His main topic was gender in ancient Hebrew. We learned many things including that grammatical gender is different than cultural gender. That is, we learned that the gender of nouns in Hebrew (grammatical gender) is different than the gender that has often been related to sex and that, instead, grammatical genders simply are noun classes. Not all languages have gender (English does not) but, in the ones that do have it, it is a way of dividing nouns in that language into two types, called ‘male’ and ‘female’. (Some other noun classes include the animate and inanimate classes found in some languages other than English.)

In addition, Hebrew verbs must agree with their subjects, that is, a feminine noun takes a feminine verb and a masculine noun takes a masculine verb. As we have noted, sometimes in Hebrew a plural noun has a plural ending that does not agree in gender with the noun (for example, an -ot ending where we would expect an -im ending). Ignacio speculated that such change over time did not have to do with meaning but with other reasons why words can change over time, for example, due to sound or elision (or other factors) as in unstressed vowels often being reduced over time. Ignacio discussed a number of other points but these were among the most important ones.

After we heard from Dr. Montoya, we discussed the likelihood that the discrepancy we had talked about previously–that Joseph was named as one of the tribes even though we had previously learned in Genesis that he would be doubled by sons Ephraim and Menassah each having a tribe instead of Joseph having just one—probably resulted from the two different sources, northern and southern, from which the Joseph story comes. We also discussed the last of the tribes to be described, that of Benjamin a tearing or ravenous wolf who eats prey in the morning and divides booty in the evening, and noted the stylistic element of opposition (morning, evening) in it.

Our artwork this week is two prints by Israeli-American, Gabriella Boros (1961- ), Stones of the Breastplate (above) and Preservation Stones (below), woodblocks from her series, 18 Stones (אבנים). Stones of the Breastplate portrays the priestly decision breastplate representing the tribes of Israel and Preservation Stones refers to a passage in Talmud according to which a woman can go out with a preservation stone on Shabbat to prevent a miscarriage. The series has “a narrative arc from the immeasurably large Rock of Israel (God), the Holiest Stone, to the smallest pebble we leave on the gravestone to commemorate the dead.” Click above to see the entire series. 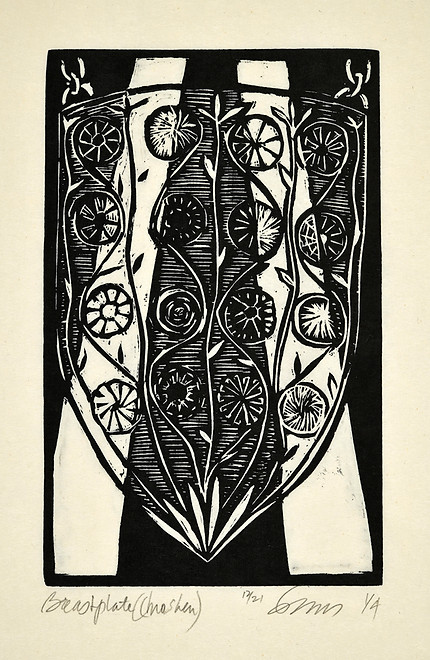 Stones of the Breastplate (Gabriella Boros) 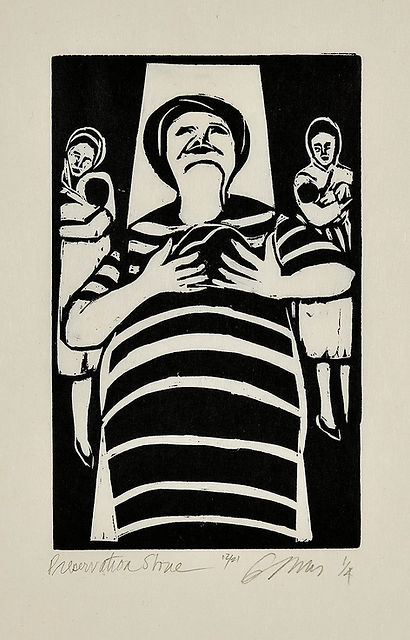