The Death of Jacob

We noted Jacob telling his sons to bury him in the cave at Machpelah, which faces Mamre, in Canaan, the cave Abraham bought from Ephron (the Hittite) for a tomb. We thought one point of his description was to show legal title to the cave. Jacob reminds his sons that they buried Abraham and his wife, Sarah, there, as well as Isaac and his wife, Rebecca, and that he buried Leah there as well. We also noted that we have previously discussed the idea of being gathered to one’s people at death (when Isaac died, Genesis 35:29).

We noted Joseph flinging himself on his father’s face, weeping over him, and kissing him. We thought of how long Joseph had been away from his father, having been sold into slavery and having had many experiences after that apart from his father, and thought Joseph must be especially sad because of that. We noted that he followed Egyptian death rituals, for example, embalming (instead of returning the body to the ground as required in Genesis 3:19) and the mourning period (seventy days)—though we also considered that the body needed to be embalmed to preserve it for the long journey ahead. We noted that the word for embalming means spicing and reflected that embalming is a kind of spicing and that the embalming took forty days. Most likely, we thought, what is indicated is mummification, another Egyptian practice.

We discussed Joseph asking permission from Pharaoh to go up and bury his father and then return—most probably indicating Joseph felt he needed to assure Pharaoh that he planned to return so Pharaoh would not fear losing his viceroy and his shepherds. We noted that a very large troop went up with Joseph to bury his father including most of Pharaoh’s officials and all of Joseph’s household except for the children, the flocks, and the herds (left as assurance, we speculated). We noted that they went by way of Goren ha-Atad in Trans Jordan rather than directly to the cave of Machpelah and considered that this idea comes from a lost other source that does not have Joseph buried in the cave of Machpelah. The text goes on to say that they bury him there and, after that, Joseph and his brothers and all those who went with them return to Egypt. I have left out many topics we discussed in our detailed session.

This week’s artwork is two illustrations in an 1853 manuscript that transcribes the great fifteenth-century Persian Sufi poet, Jami’s poem about the love between Joseph and Zulaika, Potiphar’s wife. The transcription is in Judeo-Persian, a mixture of Hebrew and Persian written in Hebrew letters, and was carried out by Eliyahu ben Nisan ben Eliyahu. In the Sufi mystical tradition, Joseph does not spurn Potiphar’s wife but loves and marries her and their love is an allegory for the love between God and the mystics who devote themselves to God. The fact that a Jewish scribe transcribed the story perhaps indicates that, even though Jews in Mashad, Iran, where the poem was composed, had been forced to convert to Islam in 1843, they were attracted to Sufi mystical practice and ideas. Another interpretation holds that, living as secret Jews, they were attracted to the story of Joseph who, though living in a strange land, remains steadfastly loyal to his own land and people. The illustration above shows Zulaika, on her bed, mourning the death of Joseph. The one below shows Joseph thrown into a pit by his brothers. 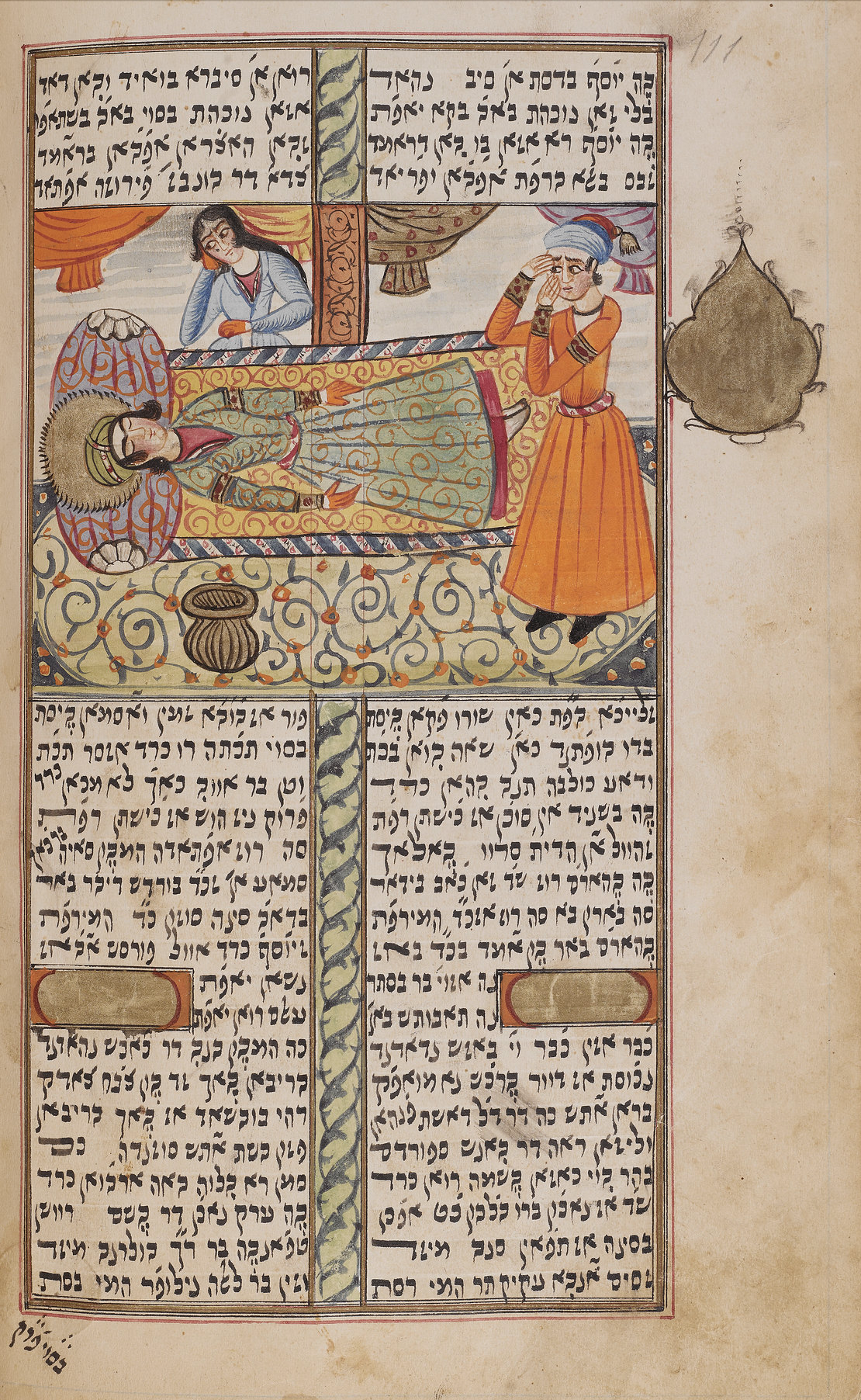 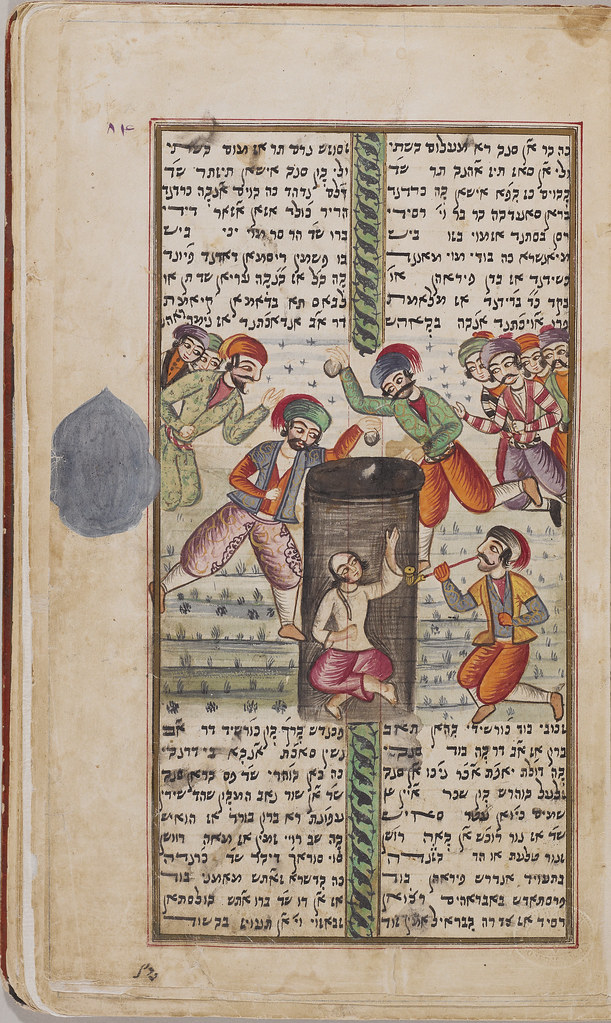