We discussed different interpretations of these passages–whether, for example, they are about the beginning of a legal system and whether Abraham’s argument is a legal argument (as might be indicated by Abraham ‘coming forward’ which may be legal language), whether the argument is bargaining (bargaining YHVH down to 10) and whether the argument is one about justice or fairness. We discussed Abraham prefacing one part of his argument with “I who am but dust and ashes” and whether that statement reflects humility on his part, or shrewd strategy, or fear, or politeness, or formulaic politeness. We discussed the Talmud having YHVH say though I gave Abraham greatness, he acted small (implying, humble) before me and said he was but dust and ashes. We discussed Abraham expressing concern that YHVH might get angry. We discussed why they stopped at 10: maybe because it is a standard small number, maybe because if only a small number are just they cannot save the city from its outrageous wickedness, whether it was just to kill some righteous people because of those who were wicked, whether the justice question is more like those asked about justice in war (just war theory) since even in just wars (if there is such a thing) some innocent people die (‘collateral damage’, for example).

We discussed ideas about YHVH departing after he finished speaking to Abraham and Abraham then returning to his place: that it is a terse ending and that medieval commentators assert that the judge left when the defense rested and that when Abraham’s vision was over, he found himself back in the place where he had been sitting. As ever, we discussed a lot more but these are some of the main topics.

Our artwork this week is by New York and Connecticut Jewish artist, Janet Shafner (1931-2011), Lot’s Wife (above) and Lot and His Daughters (below). Shafner studied at Connecticut College, the Art Students League in New York City and the Skowhegan School of Painting and Sculpture in Maine and she taught painting for many years at the Lyman Allyn Art Museum in New London, Connecticut. Many of her paintings of scenes in Torah are available in her book, Women of Mystery, Men of Prophecy: Biblical Visions. 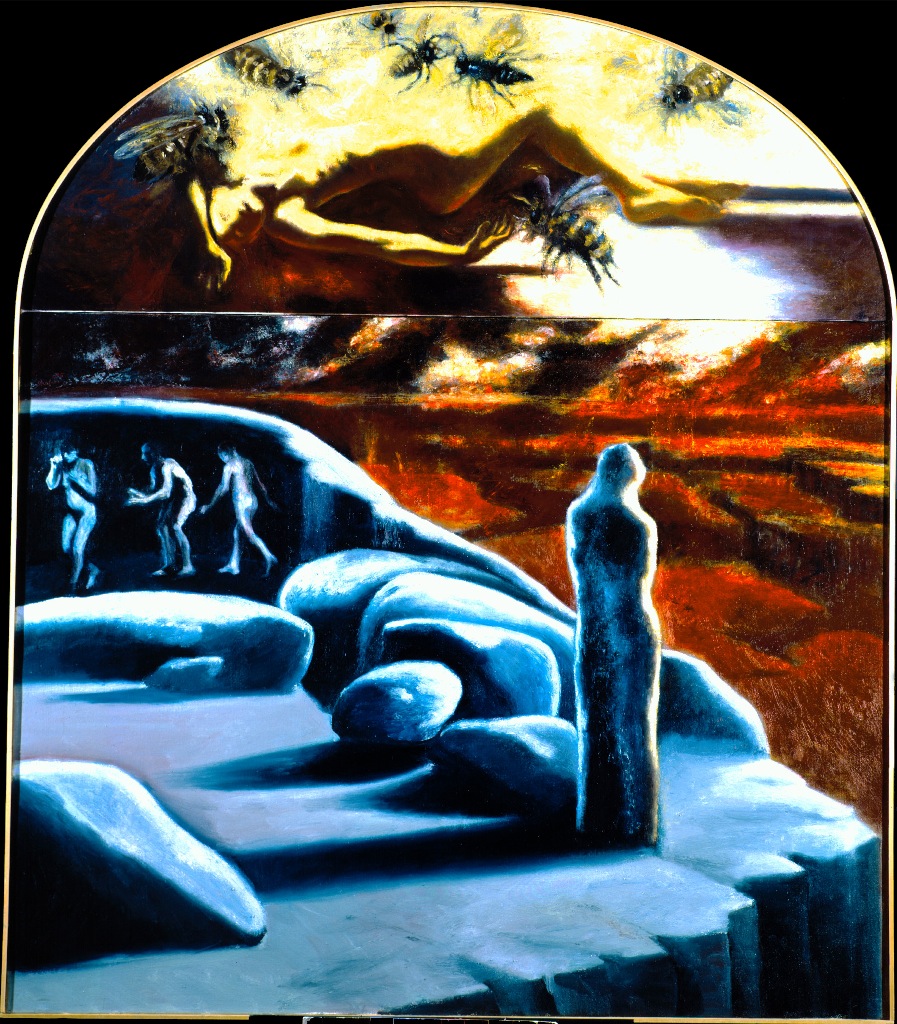 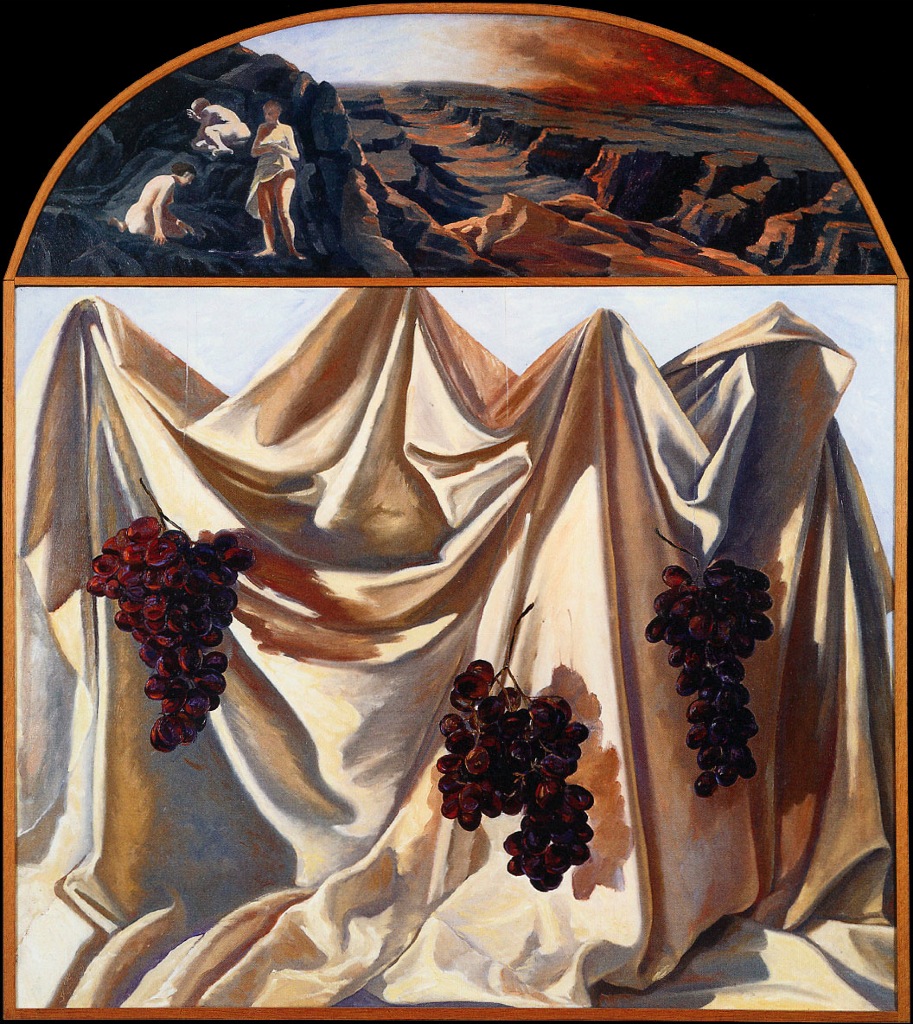 Lot and His Daughters (Janet Shafner)