Lot Faces the People of Sodom

Last week we discussed whether the two malachim who came to Sodom were messengers or angels, that the gate at which Lot sat was large and had rooms, and that some commentators make a sharp contrast between Abraham and Lot–that Abraham sees YHVH while Lot only sees the malachim, that Abraham rushes to his visitors while Lot only rises, that Abraham offers a sumptuous feast while Lot only offers unleavened bread–but that it is possible to question the distinction and not see Lot in such a negative light (it was late in the day so the meal would be different, etc.).

We discussed Lot urging the malachim to stay with him, that when they finally agreed and came in, all the people–young and old and from every part of the city–asked where the guests were and asked that they be brought out so they could know them: that this shows how immoral the city was, that ‘know’ means to ‘have sex with’, that the evil was not what has come to be called ‘sodomy’ but inhospitality and violence (since rape is a form of violence), that Jewish interpretations of the story do not make the issue one of homosexual sex but instead stress the basic wrong of mistreating the vulnerable (strangers, the poor, etc.), not welcoming them in and being violent toward others.

We then discussed Lot’s decision to offer his two daughters in place of the visitors and how to interpret it: does it manifest a basic sexism or misogyny on Lot’s part and that he did not value his daughters because they were female? does it manifest that Lot was basically evil? or could it be understood to show Lot sacrificing something very dear to him, namely, his daughters? or, in a different vein, could Lot have in mind that the people of Sodom would not take his daughters since hospitality often involved offering something major knowing that it would not be accepted but something less would be taken in its place? or could Lot have had in mind a strategy in which some others would intervene to keep the daughters from being taken (for example, that his daughters’ fiancés, who were in the crowd, would save them during which time the guests would have time to flee)? or did Lot really have any other alternatives for dealing with the raging mob so that we might sympathize with him rather than condemning him?

We also discussed at length the people saying that Lot came as a stranger and acts as a ruler: that Lot was in what we can now see as a typically Jewish situation of being allowed in but never quite accepted by the dominant group, that the people of Sodom probably accepted Lot because he was a landowner but never fully accepted him, that the term ‘Hebrew’ may indicate this as our continuing condition because it may derive from the Hebrew word ‘ever ‘ which means ‘other side’ indicating that Jews always have been the other or the stranger, that this condition may be one of our strengths and that we may be better when we are outsiders feeling empathy with all outsiders than when we are insiders. We discussed all this and really a lot more.

Artwork this week is by contemporary Jewish Israeli photographer, Dikla Laor (1976- ), “Lot’s Wife” (above) and “Sarah and Isaac” (below). The photographs are from her series, Women of the Bible, which features photographs of women portraying women in Torah in the very places those women are said to have lived. 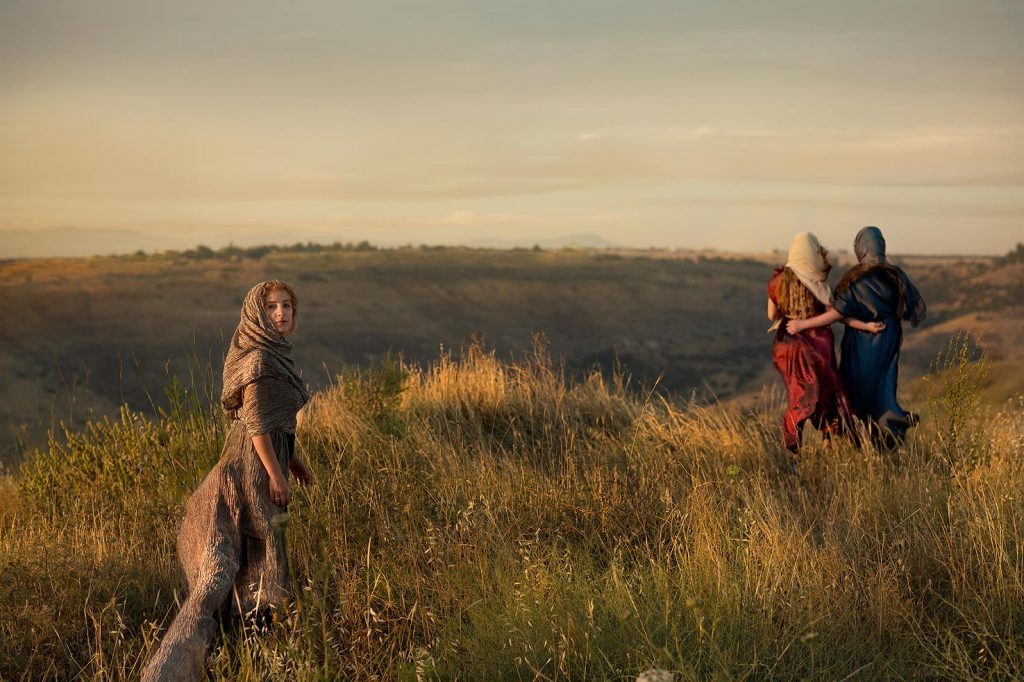 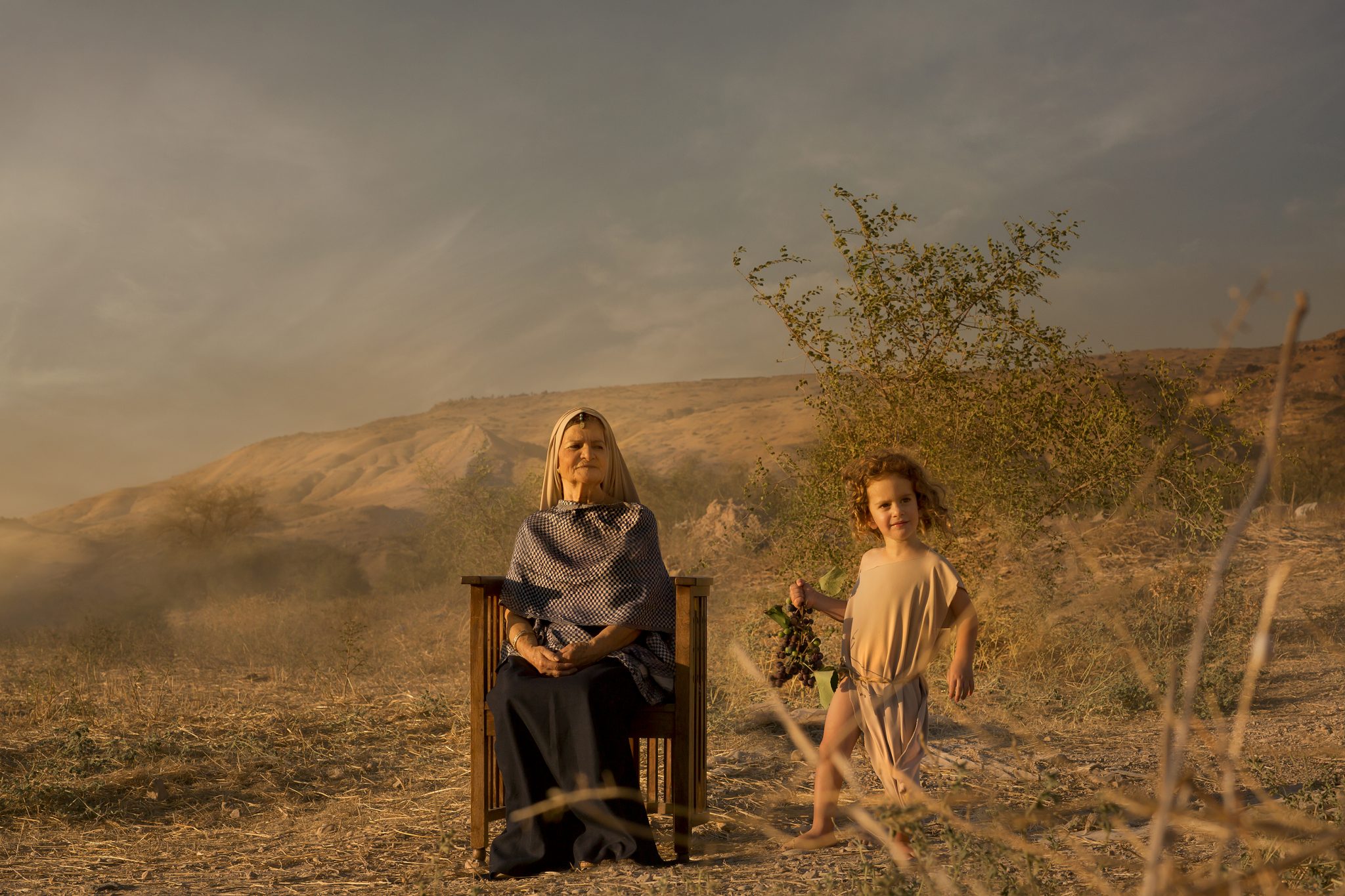 « Judging Justly: Abraham Argues with God » Leaving Sodom: The Difficulty of Facing Up to Evil