Leaving Sodom: The Difficulty of Facing Up to Evil

Last week we continued discussing Lot’s family and the two who are variously described as anashim (people or men) or malachim (messengers or angels). We discussed a more positive view of Lot’s wife not following the messengers’ exhortation not to look behind than just that she disobeyed. We discussed that she was leaving everything, including daughters, behind, that commentators say when she looked back she saw the shekhinah (the immanent presence of YHVH) and what that might mean (perhaps the terrifying nature of YHVH, perhaps YHVH looking kindly on her and giving her a vision). We discussed at length what the story might mean to us today, including the idea of it being necessary to put the past behind us to move into the future, of being able to take in how bad things are in order to cut ties with (or even fight) a negative situation, of the difficulty of facing what is bad and believing it is actually happening, etc.

We discussed the anashim bringing Lot in the house and closing the door to protect him from the mob who were trying to break down the door and striking them with blindness so that they could not find the door, that the word for blindness only appears three times in Tanakh and its meaning is debated (blindness or blinding light) that the anashim told Lot to bring all of his people out of the place–son, sons-in-law, daughters, etc.–because they were going to destroy the place, that the term place (makom) was used, not city, indicating a massive destruction, that they said YHVH sent them to destroy the city because the outcry of the city had become great before YHVH (this is what was hard to believe, the idea that evil in the city could be so great and that the greatness of the evil could lead to its total destruction and the destruction of the whole area).

We discussed that Lot’s sons-in-law did not believe Lot about the destruction and saw him instead as a joker (they could not believe the evil around them and the consequences of such evil), we discussed Lot delaying his departure (perhaps because even he could not quite believe it or perhaps because it is so difficult to leave all that has been important in a life), and the anashim taking his, his wife’s and his daughters’ hands–out of YHVH’s compassion for them–and took him out and set him outside the city, that it is striking that YHVH does it out of compassion suggesting not in recognition of some kind of righteousness, that YHVH is both severe (with the evil of the city) and compassionate (with Lot’s hesitancy to leave) and that the messengers told them to escape and not look back.

Our artwork for this week is by New York Jewish artist, David Wander (1954- ), “Lot’s Wife” (above) and “Akeida” (below). Both paintings make the Biblical story contemporary. Wander’s book art includes a haggadah, a megillah, biblical text, folktales, and sketchbooks. 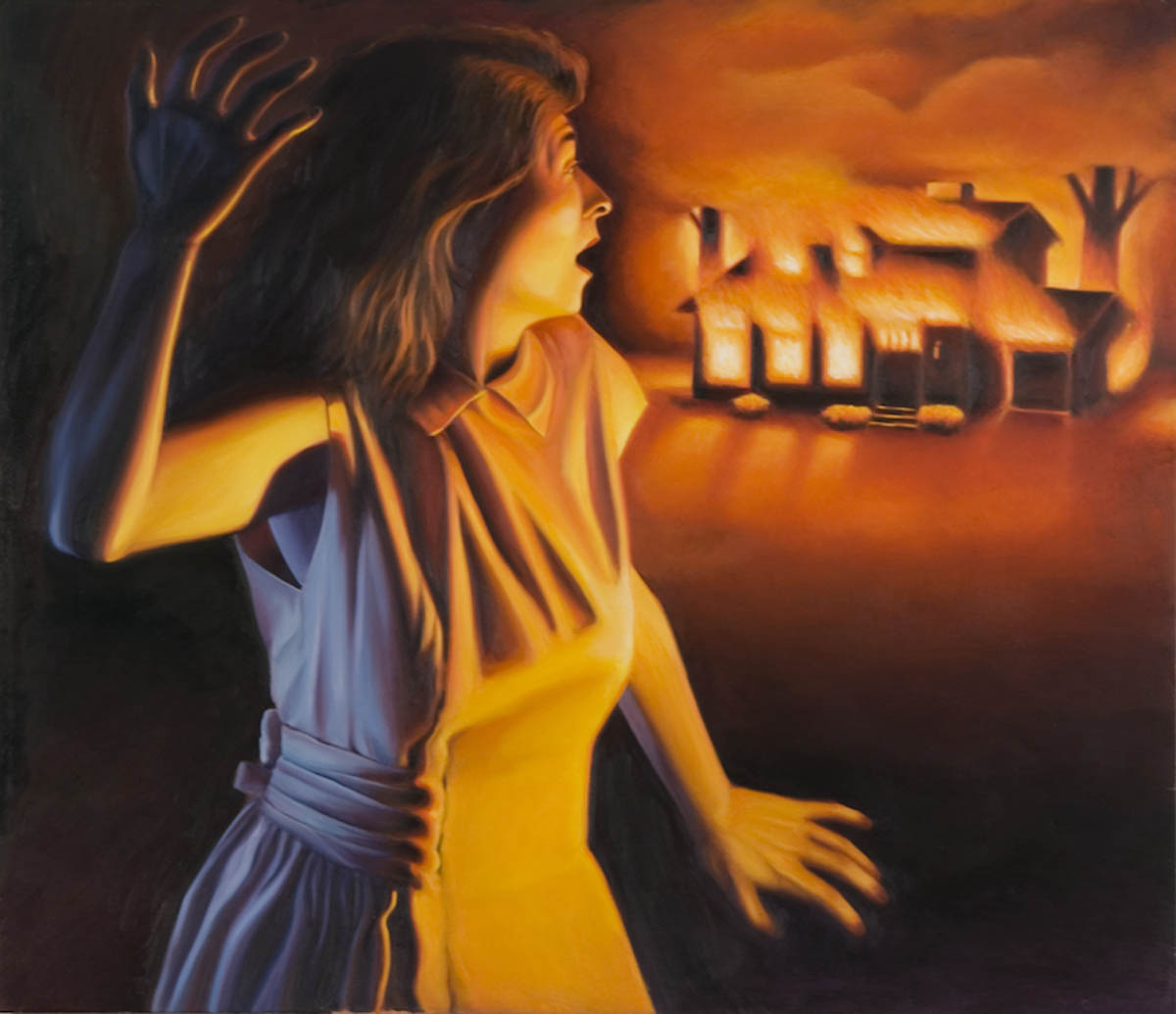 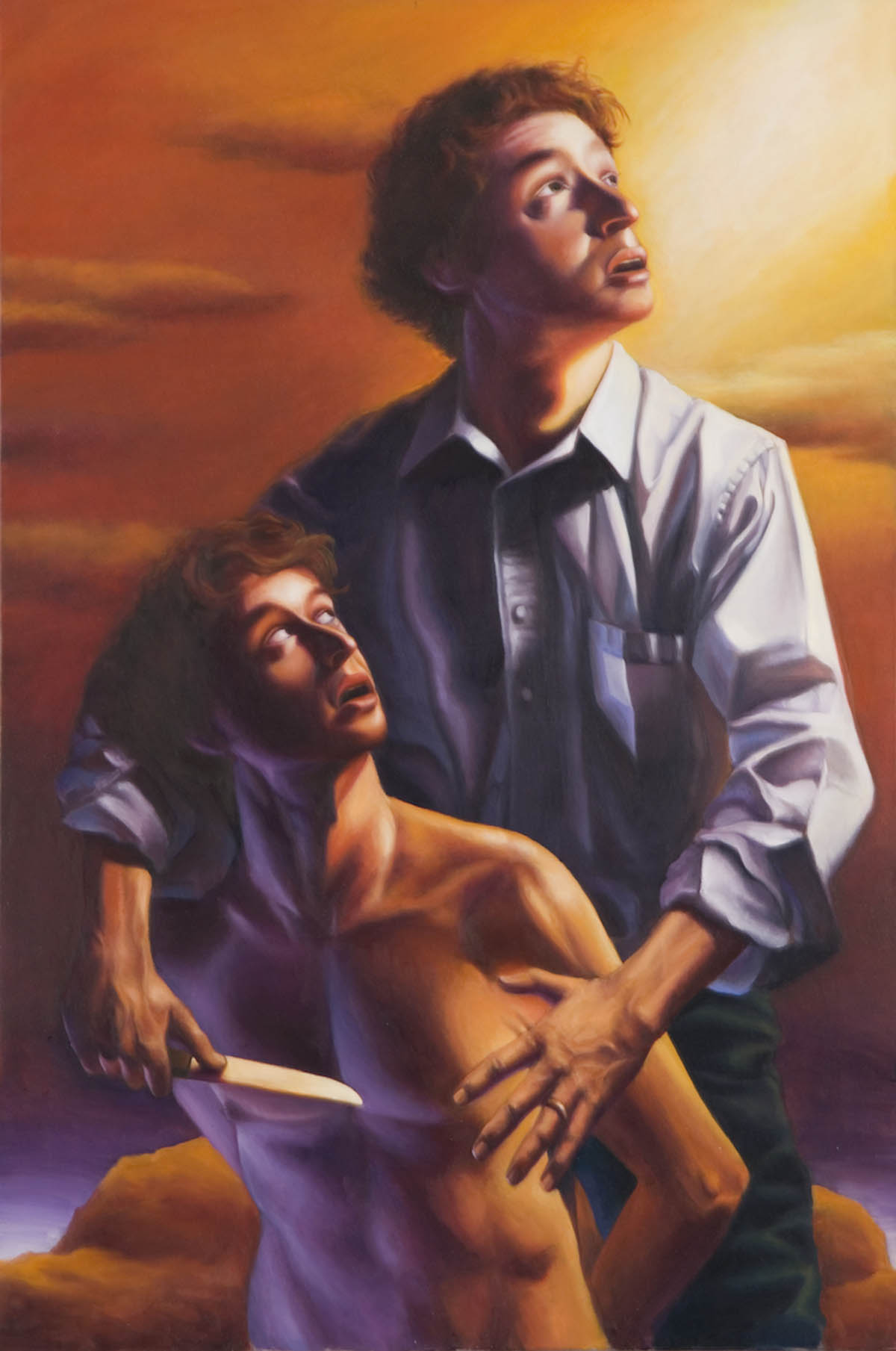 « Lot Faces the People of Sodom » Fleeing Sodom: Looking Back and Looking Forward