Last week, we finished discussing the intercourse between Lot’s daughters and Lot and began discussing Abraham and Sarah’s encounter with Abimelek, king of Gerar. We discussed the daughters getting Lot drunk on wine for a second night, the younger one having sex with him and the text saying that Lot did not know of her lying down and getting up (which some say is mentioned to exonerate Lot of the incest), the two daughters becoming pregnant by their father and having sons, the sons’ names indicating the nature of their birth–since Moab means ‘from father’ and ben-Ami means ‘son of my people’ (euphemistically implying the birth came from within).

The narrative returns to Abraham who leaves Mamre, goes to the Negev and lives between Kadesh and Shur in Gerar. We discussed that, for a second time, Abraham tells Sarah, his wife, to say that she was his sister, that as a result Abimelek, the king, sends for and takes Sarah and that God comes to Abimelek in a dream telling him that he is dead over the woman because she is a man’s wife. We noted that Abimelek, though not a Hebrew, has a close relationship with God–close enough that God comes to him and warns him–and that his relationship is closer than Pharaoh’s in Genesis 12:12 whom God plagues for sleeping with Sarah.

We discussed that Abimelek had not come close to Sarah and so argues that he is innocent especially since Abraham and Sarah had told him that Sarah was Abraham’s sister, that Abimelek asks God if God would kill an innocent nation, and that Abimelek sounds like Abraham arguing with God about not killing the innocent people of Sodom. We discussed God saying he knew Abimelek was innocent and holding Abimelek back from sinning by not letting him touch Sarah, and God telling Abimelek, if he wants to live, to give Sarah back to Abraham because Abraham is a prophet. We learned that that is the only use of the term for prophet in Genesis, that its meaning is not very well-defined as a result, and that it might be another indication of the fact that Genesis was composed after Exodus.

We discussed Abraham saying to Abimelek when asked why he brought such a sin on Abimelek and his kingdom, that he had not thought there was fear of God in the place and that the sermonic point of the passage is not to assume that people who are different from you necessarily are bad. Instead, they may be God-fearing, have a sense of what is fair or just, and may have their own relationship with God. We also discussed the fact that many polytheists are open to the gods of other religions and simply incorporate them into their own set of gods. We also discussed Abraham saying that in fact Sarah was his sister since she was his half-sister by his father. We also discussed some grammatical points and a number of other topics.

Our artwork this week is from The Comic Torah: Reimagining the Very Good Book by Chicago Jewish husband and wife team, Aaron Freeman, a comedian and journalist, and Sharon Rosenzweig, an artist. In the comic, Moses is a black man based on Aaron, God is a woman based on Sharon, and Israel is personified as a woman named Honey (as in “land of Milk and Honey”). It seemed like appropriate artwork to post at this time since Rabbi Myra’s Jews and Race class begins this weekend. 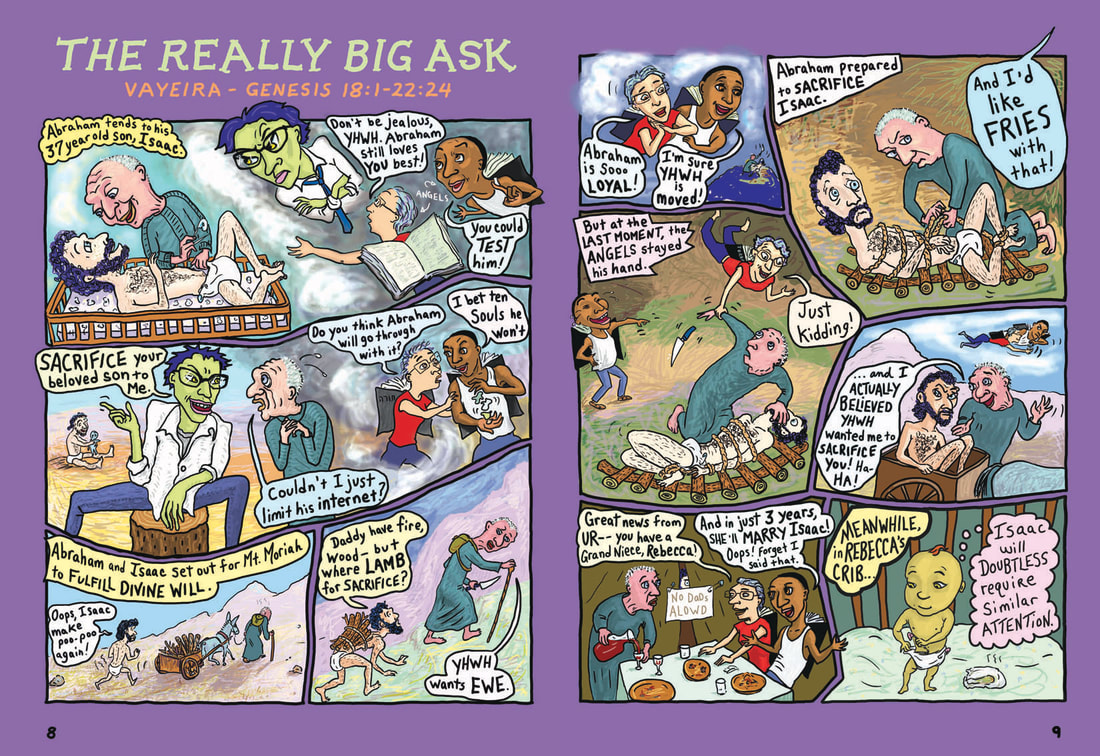 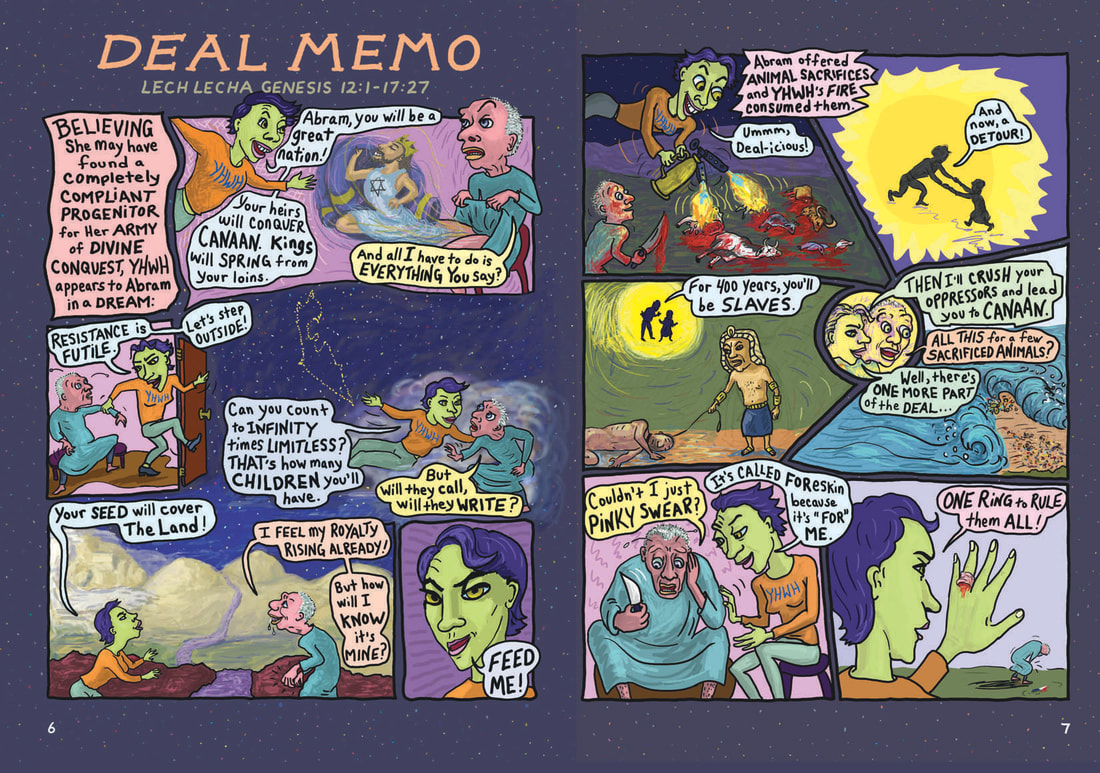