Last week we finished the story of the encounter between Abraham and Abimelech and began the account of the birth of Isaac. We discussed the gifts that Abimelech gave to Abraham and why he gave them, presumably because it was clear to Abimelech that Abraham and Sarah mattered to God, and we saw that the women of the kingdom had stopped giving birth, which might have been another reason if Abimelech thought the cause of that was God’s anger at Abimelech’s encounter with Sarah. We discussed the thousand pieces of silver Abimelech gave to Abraham on Sarah’s behalf and wondered why that gift would clear Sarah before everyone. We noted that Abraham prayed and then God healed Abimelech, his wife, and his slave girls so that they gave birth.

We saw that Sarah conceived and gave birth to a son for Abraham when Abraham was 100 years old and that Abraham gave his son the name “Isaac” because of the connection between that name and the word for laughter and that Abraham followed God’s command and circumcised Isaac when Isaac was eight days old.

Our artwork this week is two more photographs from “Women of the Bible” by Jewish Israeli, Dikla Laor, “Hagar and Ishmael” (above) and “Eve” (below). Laor was born in Tiberias, Israel, in 1976 and now lives in the Golan Heights. 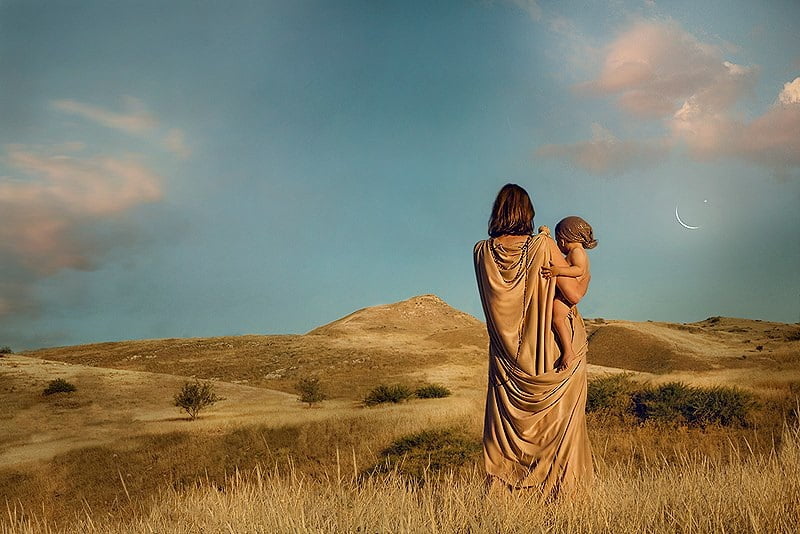 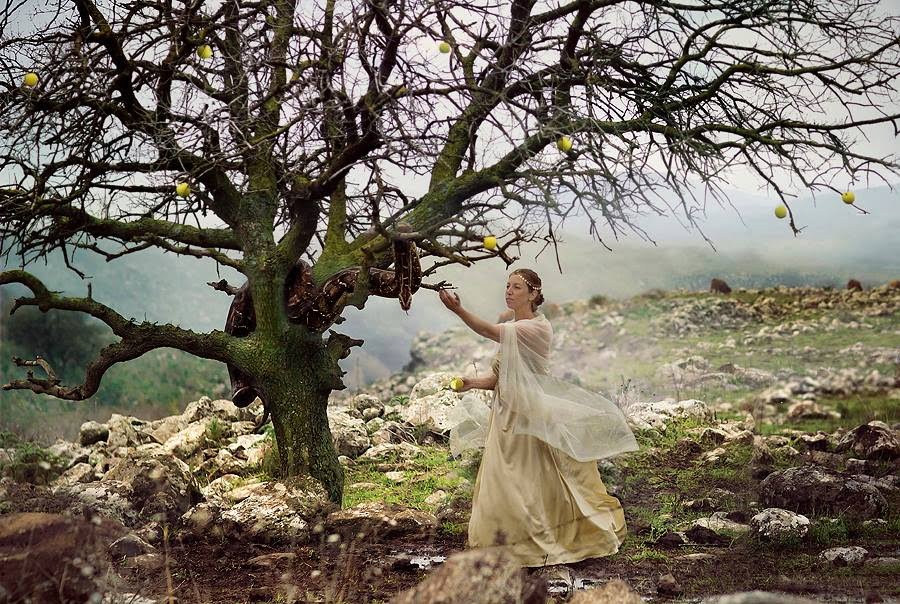