Recently, we discussed the fact that the word for playing in the discussion of Ishmael playing at Genesis 21:9 is related to Isaac’s name–as if the text said not that Sarah saw the son of Hagar playing but said she saw him ‘Isaacing’ indicating in the word itself the concern that Ishmael would take Isaac’s place as heir.

Last week, we discussed Abraham, after giving some bread and a skin of water to Hagar, sending Hagar and Ishmael away, Hagar sitting a bow-shot distance away from Ishmael, in the wilderness of Beer-sheba, when the water ran out so that she wouldn’t have to see him die and Hagar crying. We discussed God heeding the cry of the boy and wondered at the fact that God heeded the boy’s cry rather than Hagar’s cry (and that God heeded the boy’s cry where he was, making it very specific and also implying that even though Ishmael would not return to Abraham’s house, God would still look after him).

We discussed the angel then calling to Hagar and asking what troubled her. Since the answer seems obvious (that she is concerned that her son would die from thirst), we wondered why the angel asked that specific question (perhaps to give her a chance to express how she felt). We discussed God saying he would make a great nation of the boy, telling Hagar to lift him up and hold his hand and then opening her eyes so that she saw a well of water (was it hidden or far away? was it not there at all before but God created it on the spot?), Hagar then filling the skin with water and letting Ishmael drink, God being with Ishmael as he grew up in the wilderness of Paran and became a bowman and Hagar getting him a wife from Egypt (making the separation from Abraham’s house complete).

We discussed Abimelech, with Phicol, commenting to Abraham that God was with him in everything he did and asking him to swear that he would deal loyally and not falsely with Abimelech and his land, Abraham saying he would swear it but then reproaching Abimelech for a well of water his servants had taken (which Abimelech declared he had not known about until Abraham told him about it) and the two of them making a pact, Abraham giving Abimelech seven ewes as proof that he had dug the well (perhaps contradicting the servants who might have replied that they dug the well) and naming the place Beer-sheba as a sign of the pact (‘well of the oath’ or ‘well of seven’). We noted that Abraham planted a tamarisk tree there (and remembered how significant trees have been as a sign of possession and also something holy as in the terebinths of Mamre) when Abimelech and Phicol returned to the land of the Philistines and that he invoked the name of YHVH, the everlasting god (YHVH El Olam, an unusual formulation) and resided in the land of the Philistines for a long time.

Our artwork this week is by Jewish Israeli sculptor, Menashe Kadishman (1932-2015), “The Sacrifice of Isaac” (above) and “The Landscape of Our Country” (below). Kadishman was born in Mandate Palestine, studied art in Tel Aviv, worked as a shepherd on a kibbutz, studied art in London, and then returned to live in Israel for the rest of his life. His art is minimalist and the sculpture, made of rough materials, is meant to defy gravity 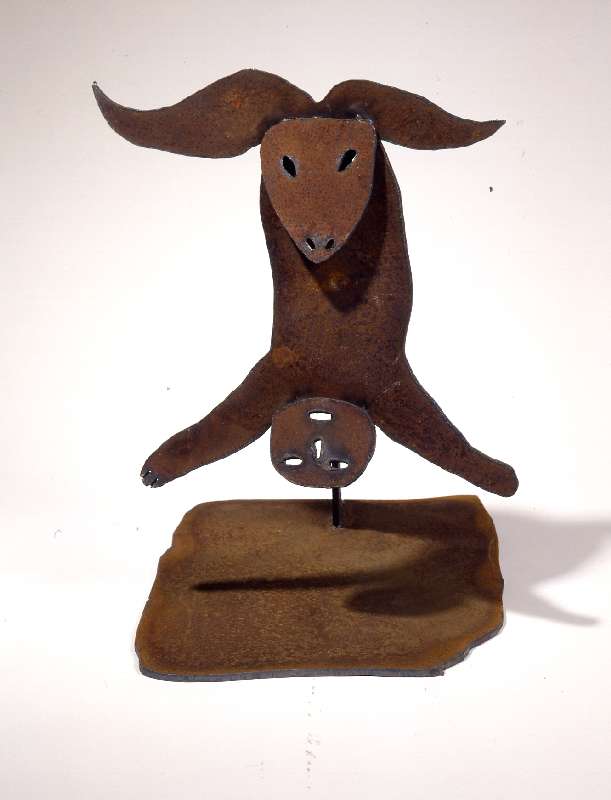 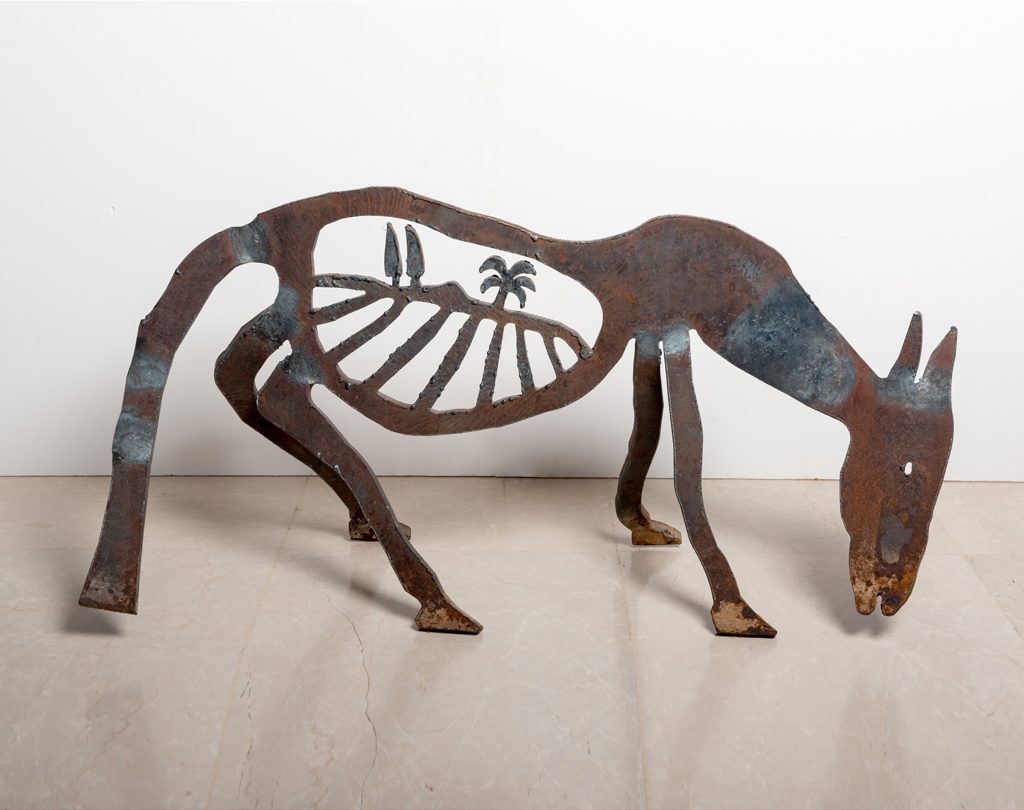 The Landscape of Our Country (Menashe Kadishman)