Last week, we discussed the death of Abraham, that he lived one hundred seventy-five years (but the text says one hundred years and seventy years and five years), that he is said to have died at a good old age–old and full—and we recapped some of the things that made his life full such as being a leader in battle, having a long line and having property (surrounding the cave of Machpelah), and that he was gathered to his ancestors (meaning, probably, that he became one of the ancestors).

We discussed that he was buried in the cave of Machpelah (where Sarah was buried) in the field that he had purchased from Ephron, by Isaac and Ishmael, his two sons, that it is significant that Ishmael comes back for the burial even though he was not to inherit from Abraham (it suggests Isaac was OK with Ishmael being there, may have felt some kinship with him and may have identified with him, as they both were not treated completely well by their father, or because he just felt close to him), and that the sons of Keturah were not involved in the burial perhaps because they had been sent away.

We discussed the medieval commentators’ strikingly philosophical understanding of his death based on a dualistic understanding of the relation of body and soul that we do not find in the text of Torah itself. We noted that Ishmael lived a hundred thirty-seven years (a hundred years and thirty years and seven years) and also was gathered to his people when he died.

Our artwork this week is two more paintings by Archie Rand, New York Jewish artist, Jacob and Esau (above) and Not To Insult Or Harm Anybody With Words (below). The Hebrew that accompanies the portrayal of Jacob stirring something in a big cauldron and Esau, in a red jacket, smoking a cigarette reads “And Esau said to Jacob, ‘Will you feed me some of the red stuff, this red stuff, because I’m exhausted’. (On account of this he called his name ‘Edom’.)” The other painting is from “The 613,” his interpretations of all of the commandments and is a fitting companion to the first painting because of that painting’s allusion to Jacob using words (and other tricks) to deceive his brother out of his birthright. 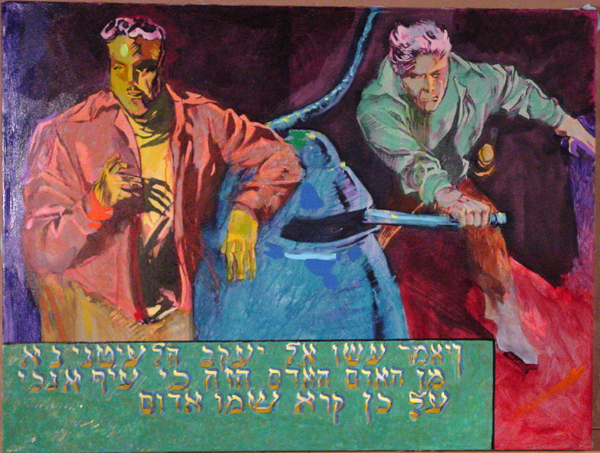 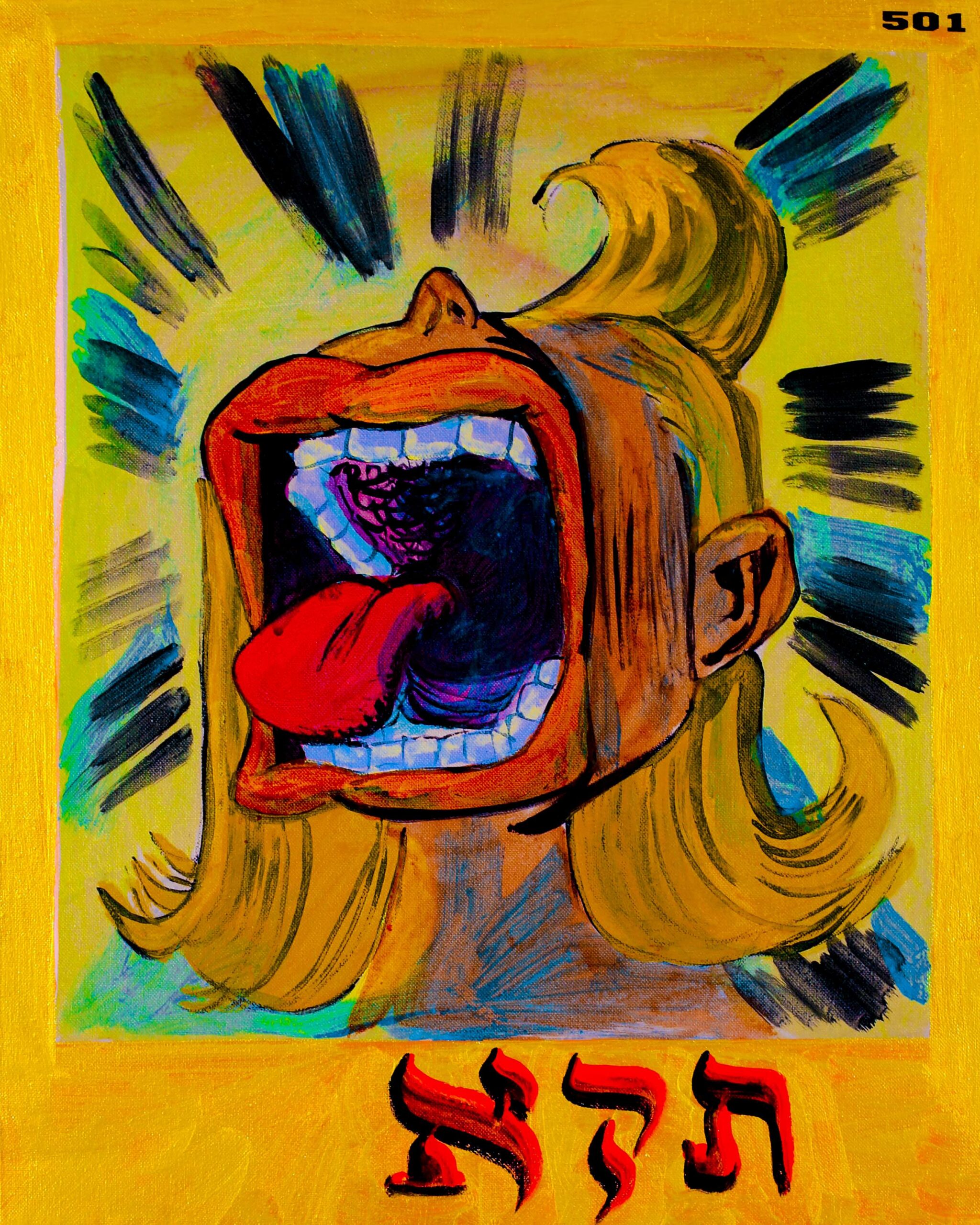 Not To Insult Or Harm Anybody With Words (Archie Rand)