Last week we discussed Isaac loving Esau ‘because he put game in his mouth’ and Rebecca loving Jacob, that the love may have been of opposites since Esau was a crafty hunter while Isaac was more passive and Rebecca was clever while Jacob was a simple person, and we noted as well that the idea that Esau was crafty while Jacob was simple does not seem completely evident since Esau seems like a simple person of the body while Jacob is crafty in tricking Esau out of his birthright (and seems to have been ready to put that plan in action when Esau returned). We discussed traditional negative interpretations of Esau but did not see the text as being quite so negative about him. We considered the idea that Jacob was called simple because he stayed home and ate simple food such as lentils while Esau went out to new places—to fields—and hunted so people could have food that was difficult to find and acquire.

We discussed Jacob offering Esau the stew if Esau would give up his birthright, that Jacob seemed to be tricking him to exchange something of lasting value in order to get something transient, that Esau’s being ok with that could be construed in different ways—as him being a mindless sort so concerned with his body’s needs of the moment that he could not think about the future or as him facing death every day in his hunting activities so that the birthright would have no relevance (two different ways of thinking about his claim that he was going to die and so of what use would the birthright be) and we discussed what the birthright consisted in (mainly position, blessing and inheritance). We discussed Jacob asking Esau to swear that day that he was selling his birthright (and Esau doing so) and the text saying that Esau ‘disdained’ the birthright (perhaps meaning he just did not care about it).

Our artwork this week is by U.S. Jewish artist, Peter Asher Pitzele–Isaac’s Well (above) and Ruth and Boaz (below). Both are from his show, Torahluminations. Pitzele is a poet, bibliodrama teacher (midrash through role-playing Torah), and artist. 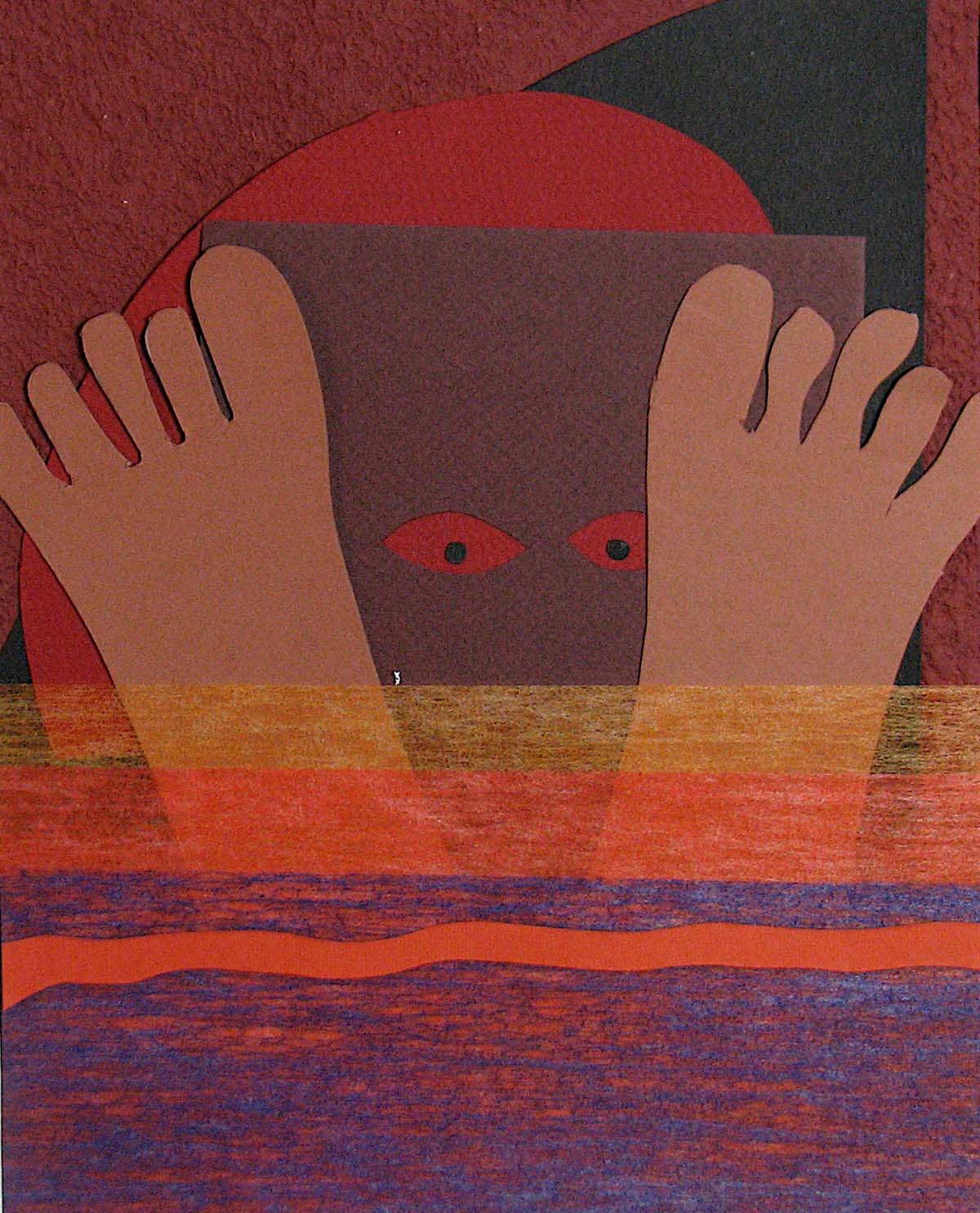 « Rebecca Has Twins » Isaac Follows in His Father’s Footsteps