Isaac Follows in His Father’s Footsteps

Last week we discussed the famine in Gerar (after the previous famine in Abraham’s time), YHVH telling Isaac not to go to Egypt yet (in case he might think the exile to Egypt YHVH had foretold was to happen now), YHVH telling Isaac that the nations of the earth would be blessed through his seed (giving Isaac some importance so that he would not simply be the passive son who was almost slaughtered by his more active father).

We discussed Isaac following in his father’s footsteps by telling the people of Gerar that Rebecca was his sister (not his wife). We discussed Isaac saying he did that for fear that the people of that place would kill him due to her beauty and different ways of interpreting that (he was rightly afraid because in insecure circumstances, women are vulnerable to rape; or, he wasn’t really concerned about her but about himself, that he might die). We discussed King Abimelech seeing Isaac and Rebecca sporting: were they having sex as the medieval commentators assume? or were they just making out or being intimate in some other way? why were they doing that where they could so easily be seen? were they simply careless? did it have to do with the fact that a lot of time had passed when it happened? what is the significance of Isaac following in his father’s footsteps?

Our artwork this week is more by British-American Jewish painter, Alan Falk, Isaac Blesses Jacob (above) and The Cry of Esau (below). Falk’s early style was beautiful but he thought that style would contradict the content of the stories of Torah he wanted to portray. So he shifted to a more cartoon-like style that could better convey the harshness and starkness of the tales. Esau is painted in red as is appropriate since he came out of the womb a ruddy red and was given the name, Red (Edom). Isaac loved Esau because he brought game for Isaac to eat but Jacob is the one who will have a connection to the divine through his famous ladder, perhaps the ladder portrayed on the side of the second painting with Rebecca is pointing to it. Isaac’s hands are shaking when he blesses Esau—Esau, who was supposed to get the first blessing, but didn’t. 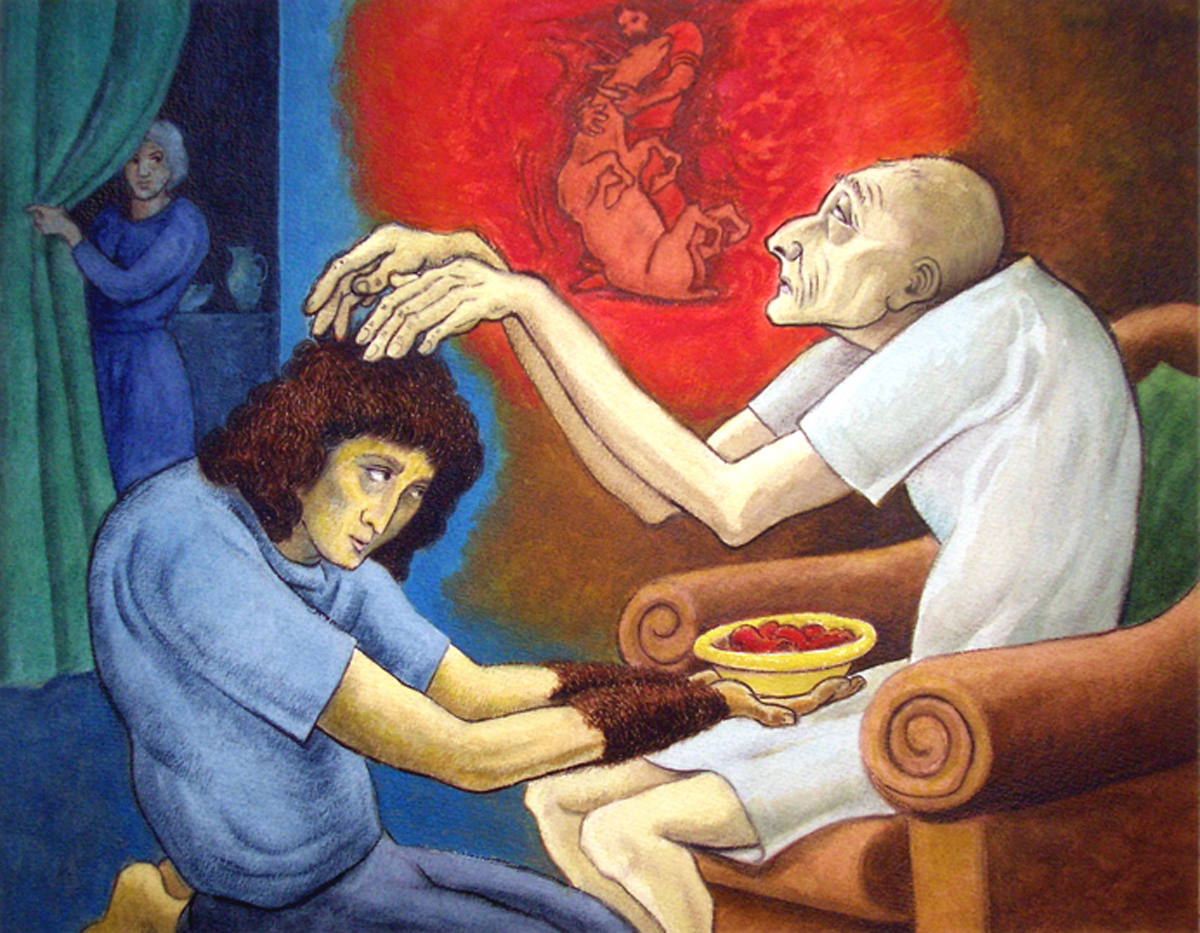 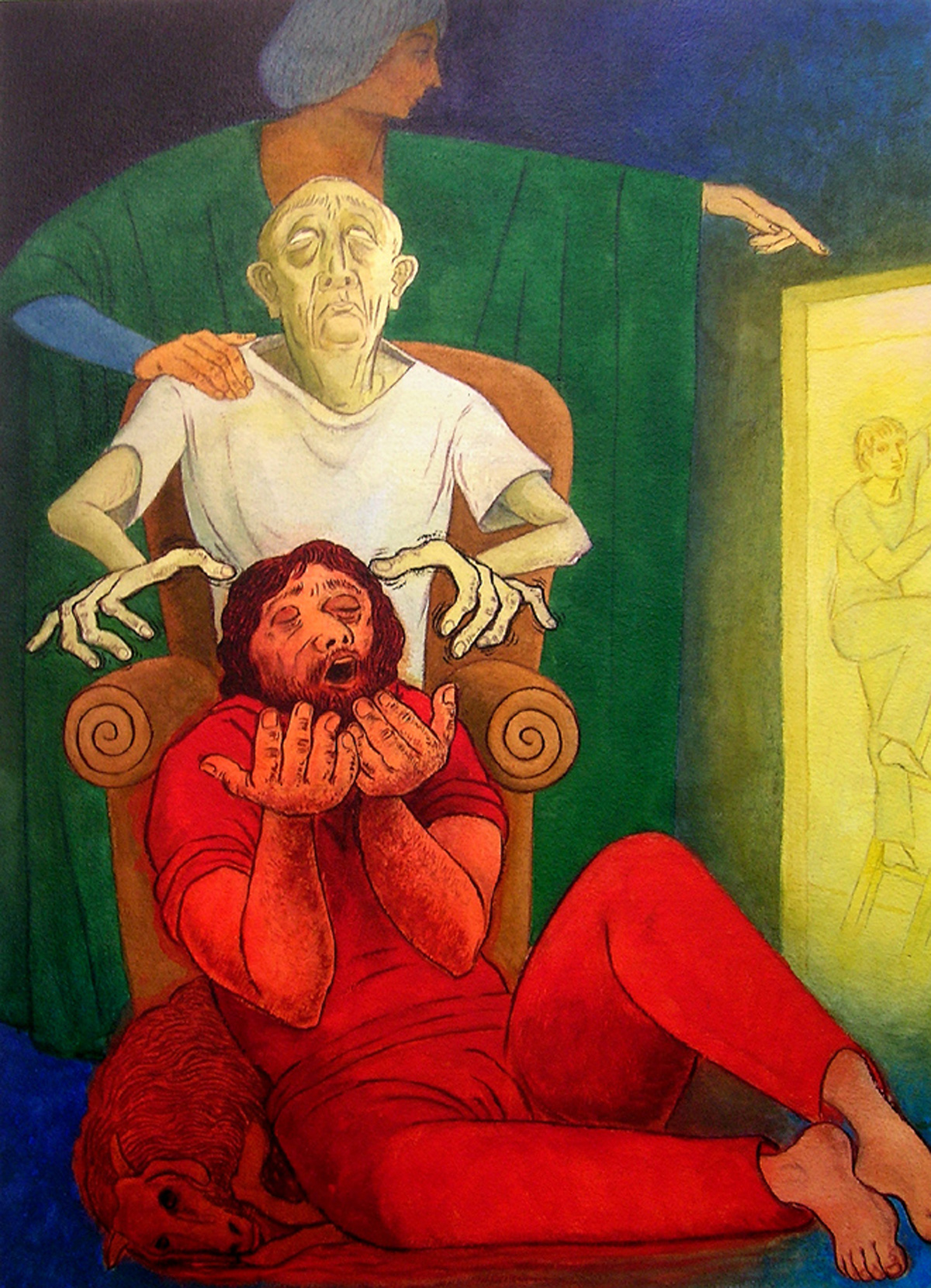 The Cry of Esau (Alan Falk)