Last week we discussed Abimelech saying someone could have lain with Isaac’s wife (because Isaac lied and said she was his sister), who and how that might be (a rapist? Abimelech himself?), the fact that Abimelech likely is a different Abimelech than the one we saw interacting with Abraham, Abimelech’s concern with collective guilt that might have been incurred should that have happened, the idea of collective guilt, the fact that Isaac follows in his father’s footsteps when he calls his wife his sister but not quite because, unlike Abraham, he did not use her as a bargaining chip, Abimelech saying that anyone who touched them would be put to death (and that some translations use the term ‘molest’ instead of ’touch’, the more straightforward choice).

We discussed Isaac’s successes in Gerar, that he planted and harvested a hundredfold in a year (during a famine!), that he was blessed by YHVH, became great, and went on being great until he was very great (the word for ‘great’ being repeated for emphasis) with flocks, herds, and servants, we discussed whether ‘servant’ might mean ‘slave’ here and the variety of meaning of ‘avodah’ (service, labor). We discussed the Philistines’ envy of him that led them to stop up the wells that Abraham’s servants had dug, filling them with dirt, how important water was, Abimelech telling Isaac to leave because of Isaac’s very successes, fearing he would become stronger than the Philistines, and Isaac going to live in the wadi (stream bed) of Gerar.

Our artwork this week is by Russian-French Jewish artist, Marc Chagall (1887-1985), Isaac Blessing Jacob (above), and Jacob’s Ladder (below). Chagall was a modernist painter but his works also are deeply emotional. “If I create from the heart,” Chagall said, “nearly everything works; if from the head, almost nothing.” 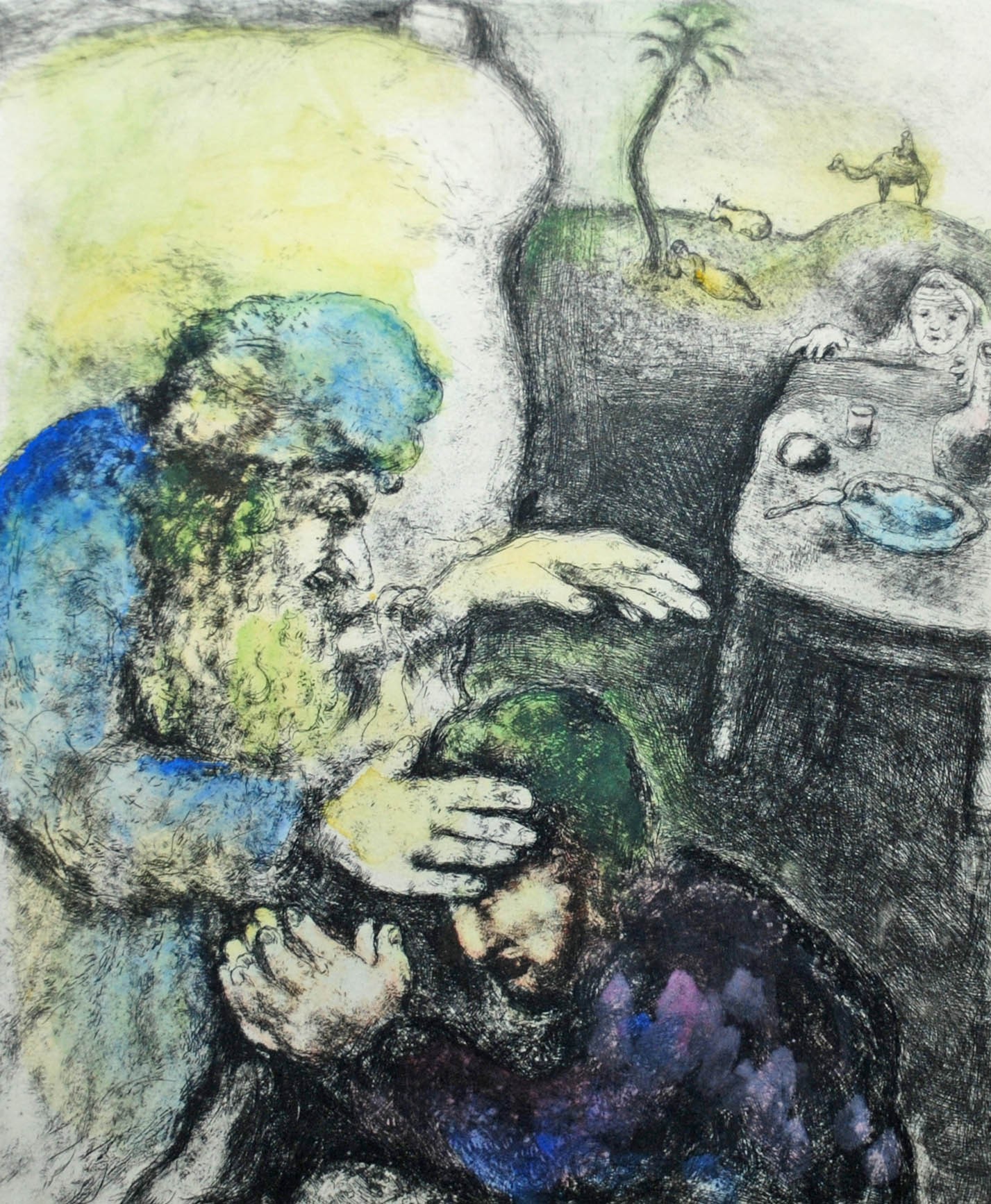