I wasn’t present at our last Torah Study but three angels—some interpreters say it was four angels–came to me and told me we discussed Isaac re-digging the wells that had been dug during the time of his father, Abraham, but were stopped up after that by the Philistines, that water is important for life, that Isaac’s servants dug and found a well in the wadi (streambed), that the Gerar shepherds quarreled and said the water was theirs so that the well was called “Esek,” that Esek means “dispute” and is a “hapax legomenon” (something said only once), that there was dispute about the next well, too, so it was called “Sitnah” (nuisance? accusation?), that there was no quarrel about the third well so it was called “Rehovot” since YHVH had granted them ample space to increase.

You also discussed that naming is a way of taking ownership, that ritual practice and group identity was bound by location and was established by altars, and that some Jews today think religion is bound by location (such as certain Israelis—not all Israelis—who think you can only be a Jew in Israel).

You also discussed Isaac going up to Beersheva, that the phrase “up to” can have both locational and spiritual meaning, YHVH appearing to Isaac at Beersheva and saying “I am the God of your father Abraham” and what Isaac might think of a God who directed his father to kill him (if he in fact did know about that direction given that Abraham and Isaac did not talk to each other on the way to the intended sacrifice), YHVH blessing Isaac and promising increase to him and Isaac building an altar there where he invoked YHVH by name (as Abraham had done) and YHVH telling Isaac he would be with him so he need not fear (which must have been a comfort after all the quarreling with the locals).

You also discussed Abimelech, along with his councilor and top general, coming and negotiating with Isaac, that he came with them to show his power so he could negotiate from an equal position with Isaac who had become so big and prosperous, and that the wording of the pact—as well as the eating and drinking afterward–was formulaic and standard, that Abimelech previously had been hostile to Isaac and had driven him out, that the day after the eating and drinking, they departed in peace from Abimelech, that the servants found water at Beersheva, hence its name (“seventh well”).

Our artwork this week is by Jewish Israeli artist, Reuven Rubin (1893-1974). Rubin was originally from Romania, studied art in Israel and in Paris, had a studio in New York City for two years and emigrated to British Mandate Palestine in 1923. He rejected the orientalist style of the Bezalel Academy—with motifs of Israel as Eastern or Oriental—and turned both to Parisian modernist and naive elements. He was considered part of the Egged (“Amalgamation”) school. He loved the light in Israel and said that there “even the shade is luminous.” 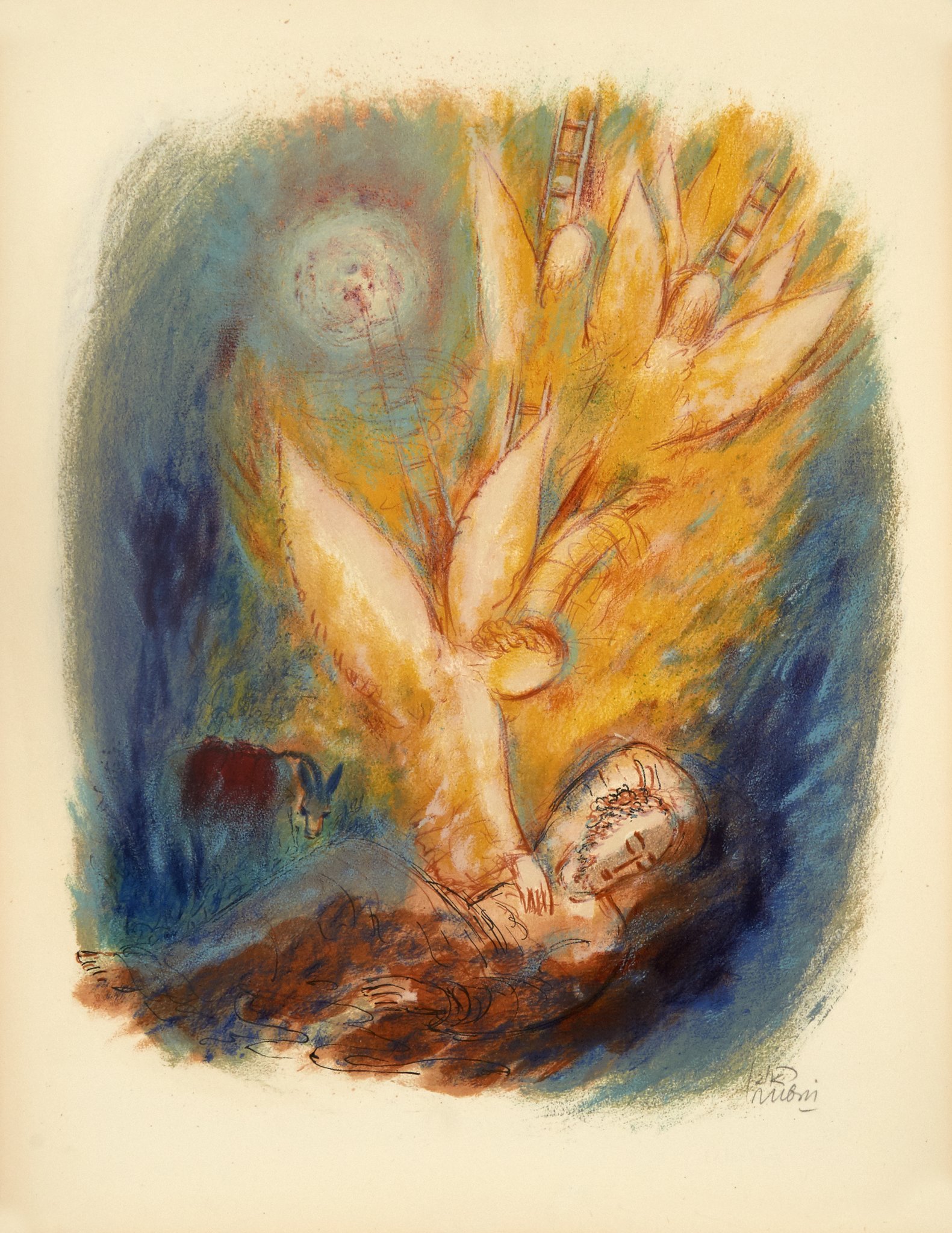 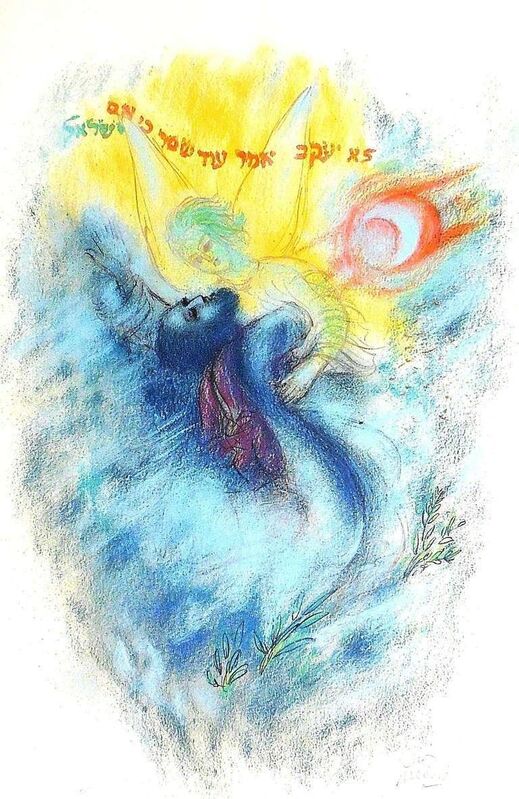