Last week we discussed Esau marrying two Hittite women, Judith and Basemath, and the general issue of marrying outside one’s group or religion, then and now, as well as the idea that the section about Esau marrying them was added later to justify Esau being excluded from the line of inheritance, Isaac getting old and his eyes becoming dimmed (and the fact that they did not have glasses so many of them would have dim eyes), Isaac thinking on his death being close and calling on his older son, Esau, to go out in the open to hunt some game for him (continuing his preference for Esau) and asking Isaac to prepare one of the dishes he loves to eat so that Isaac’s soul can bless Esau before he dies and we wondered why Isaac says his soul could bless Esau not that he could bless Esau.

We discussed Rebecca continuing her assertive role by listening to all of this and then, when Esau was out in the open hunting game, telling Jacob what had transpired between Isaac and Esau and changing what Isaac said to that he wanted the dishes to eat so that Isaac, before he dies, could bless Esau in the presence of YHVH, what it means to think you know the word of God (and what kinds of awful results there can be when people think they are sure their ideas come from God), that Rebecca commands Jacob (again showing her assertiveness) to get two kids so she can make a dish for Isaac and Jacob can take it to Isaac and get Isaac’s blessing (and the language of her command being reminiscent of the language YHVH used when telling Abraham to take and sacrifice his son in Genesis 22 making Rebecca even more authoritative, almost like YHVH), Jacob’s concern that Isaac will know it is Jacob because he is smooth and Esau hairy and so will be cursed rather than blessed for being a trickster, Rebecca saying the curse would be upon her, Jacob getting the kids and Rebecca preparing the food.

Finally, we discussed Rebecca getting some of Esau’s finest clothes for Jacob to wear, the fact that Esau might be storing his best clothes with Rebecca and that technically they would belong to her, that Jacob put the clothes on, that she covered his hands and the hairless part of his neck with skins that would make him feel hairy, that there is a question whether Isaac would recognize Jacob’s voice and whether parents do or do not tend to recognize their children’s voices right away).

Our artwork this week is more by Israeli Jewish artist, Dikla Laor (1976- ), Esau’s Wives (above) and Dinah (below). The portrayal of Esau’s four wives includes those discussed at the end of Genesis 26 and those mentioned in Genesis 36:2-3. One value of Laor’s work is that she portrays many of the women in Torah who are not portrayed very frequently or not portrayed at all. “I’m eternally grateful for the opportunity to be able to capture powerful women of the Bible,” Laor says, “through this unforgettable journey of religious photography, devotion, and expression.” 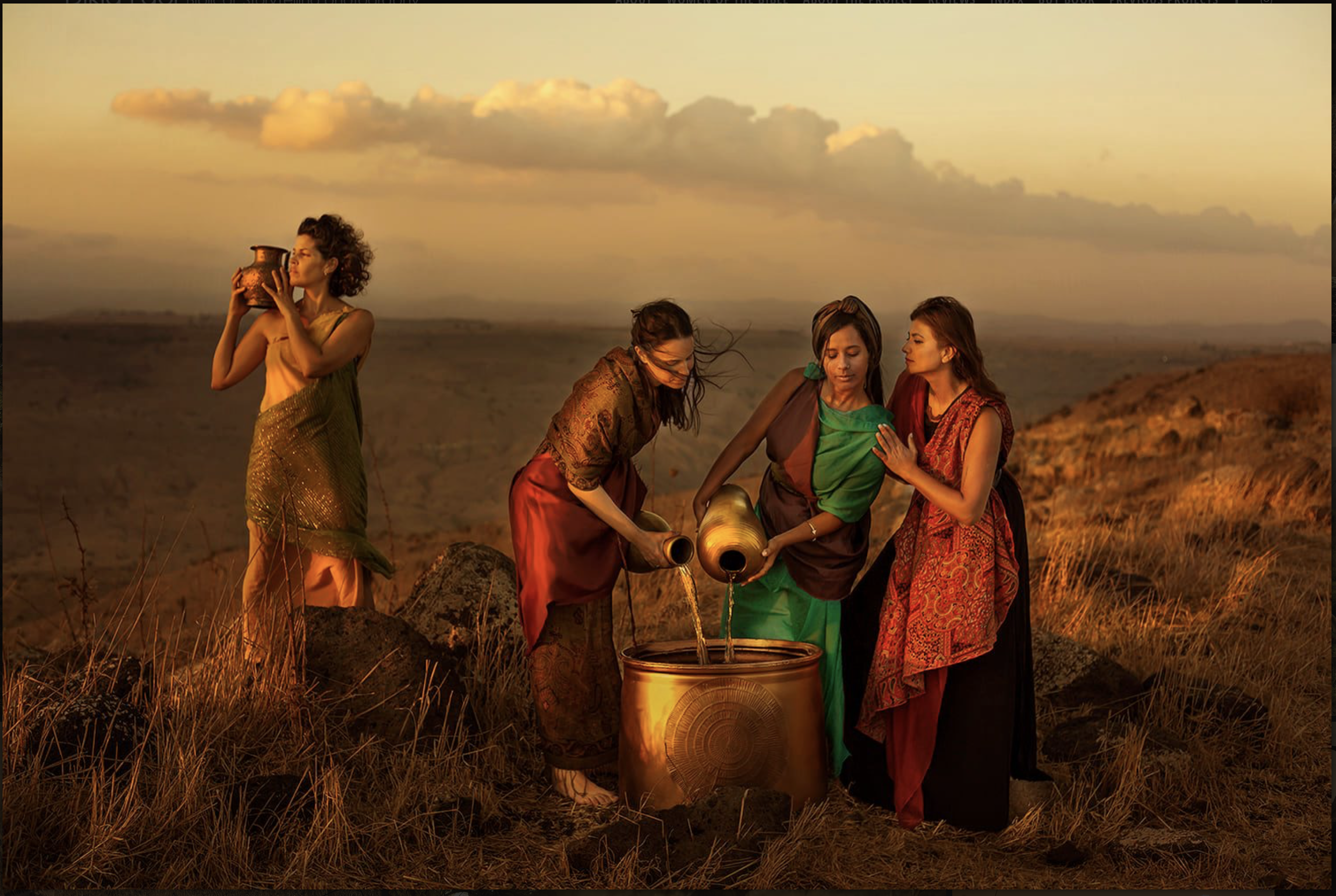 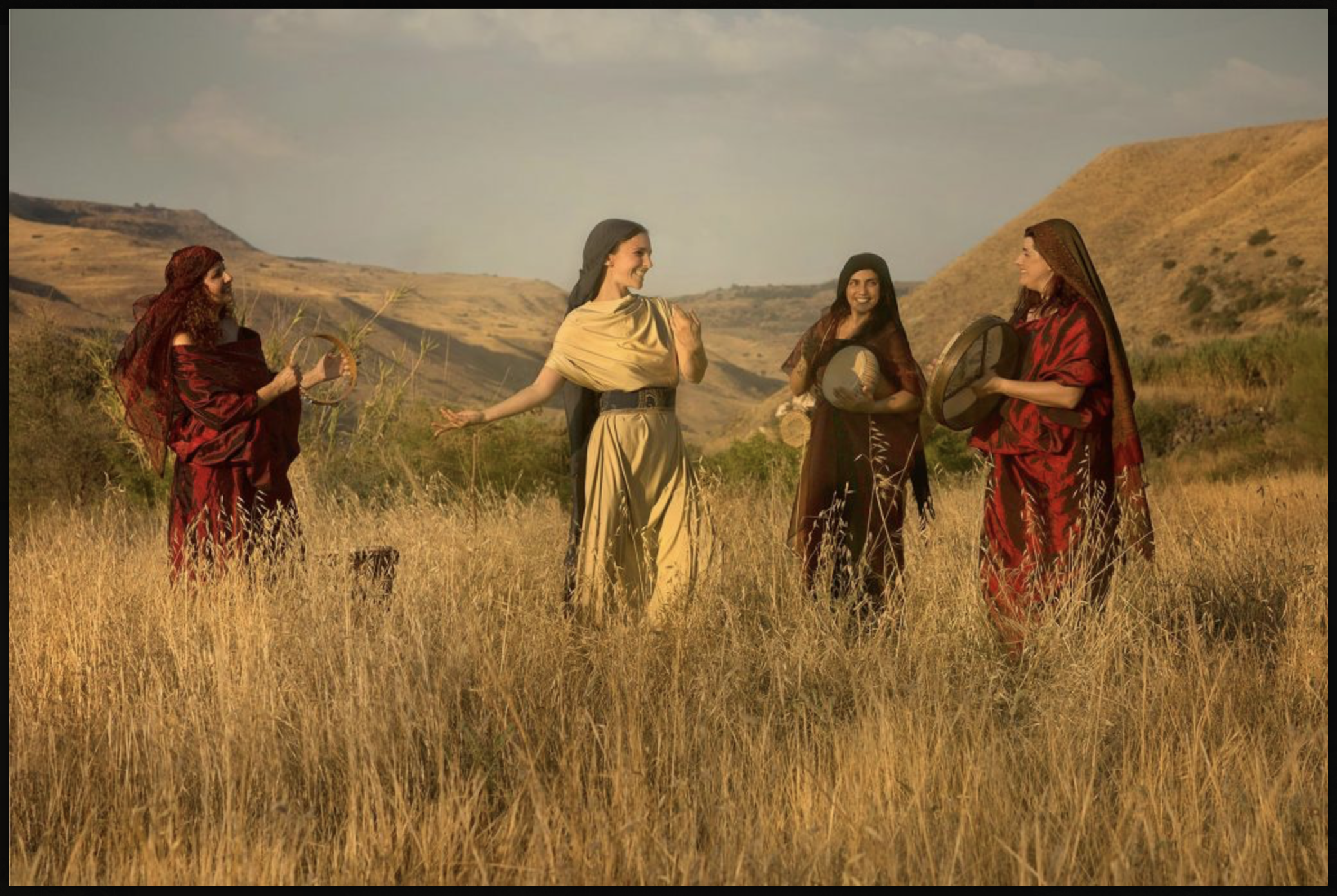 « Isaac Digs Up Abraham’s Wells » Does Isaac Recognize Jacob? Is Lying Ever OK?