Esau Wants a Blessing, Too

Last week we discussed Isaac continuing to try to figure out whether the one before him is Esau or not by asking him to come close and kiss Isaac, Isaac finding his smell to be the smell of fields blessed by YHVH and so assuming he is Esau, Rebecca’s cleverness in dressing Jacob in Esau’s clothing in order to allow Isaac to believe he is blessing Esau, Esau coming in just after the blessing had been completed, the fact that the blessing could not be reversed even when Isaac realized he had blessed Jacob not Esau, whether Isaac in fact did not know or did not let himself know that he had blessed Jacob so that the story has the pathos of a deceived father and a mistreated son and a deceiving son who later will have a change of heart and humility (reflected in his name change and his wound).

We discussed Esau asking for Isaac’s blessing, that his asking Isaac to sit up suggests Isaac was feeble (and the possibility this means he was somewhat confused and so could have been deceived by Jacob/Rebecca), Isaac’s abrupt question, “Who are you?,” suggesting he really was confused as does the very great trembling he experienced when he realized the person in front of him, not the one he had blessed, was Esau.

We talked about Isaac wanting a blessing, too, sobbing and calling Jacob ’supplanter’ for taking both Esau’s birthright and his blessing, that Jacob really hadn’t taken the birthright but Esau had given it to him, Esau asking Isaac again for a blessing and finally getting one that would have him live by the sword, serve his brother but eventually take off that yoke. We discussed that he wanted to kill Jacob so Rebecca had Jacob go live with Laban and Rebecca asserting that he did so because she did not want him to marry a Hittite (not that she did it to keep Jacob from dying at Esau’s hands).

Our artwork this week is from Indian Jewish American artist, Siona Benjamin’s series, Finding Home, Mahalat (above) and Ishmael (below). Mahalat is one of Esau’s wives and daughter of Ishmael. She appears to be pulling people together as her relationship with Esau pulls together the line of Isaac and the line of Ishmael. She is blue, like a Hindu god, or a Jew of color such as Benjamin herself, and is an angel or Fereshteh. Around her are bombs suggesting the opposite of her unifying activity. Ishmael is portrayed as the hunter he was but as a Persian one and female, pulling more groups together. He/she is blindfolded and does not see the arrows coming toward him/her. The midrashic statement, “I love this one,” is in the background reminding the viewer that Rabbi Yehudah retells the story of Isaac’s sacrifice to have Abraham telling YHVH that he loves both Isaac and Ishmael so that YHVH has to specify which one to sacrifice. 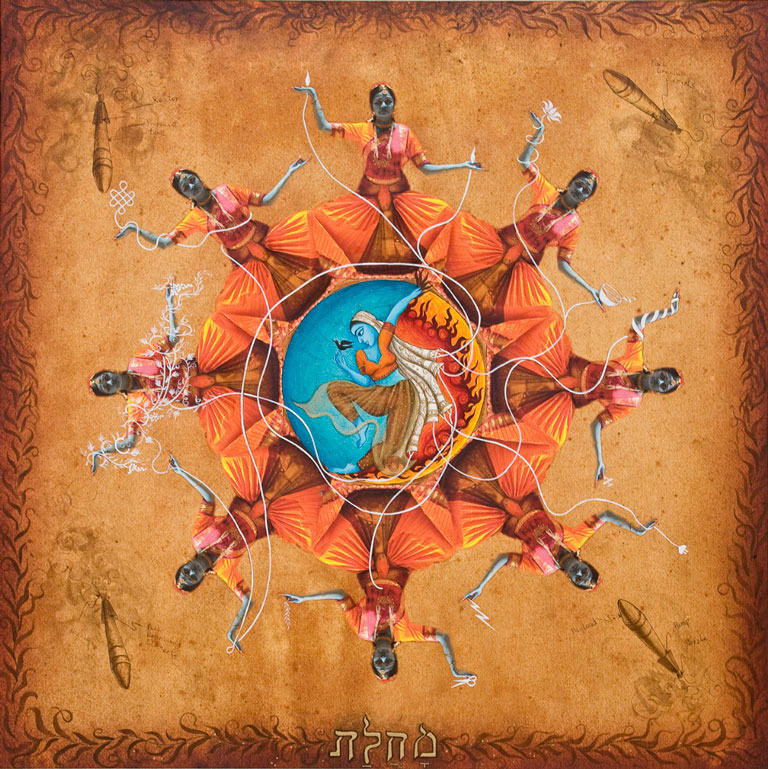 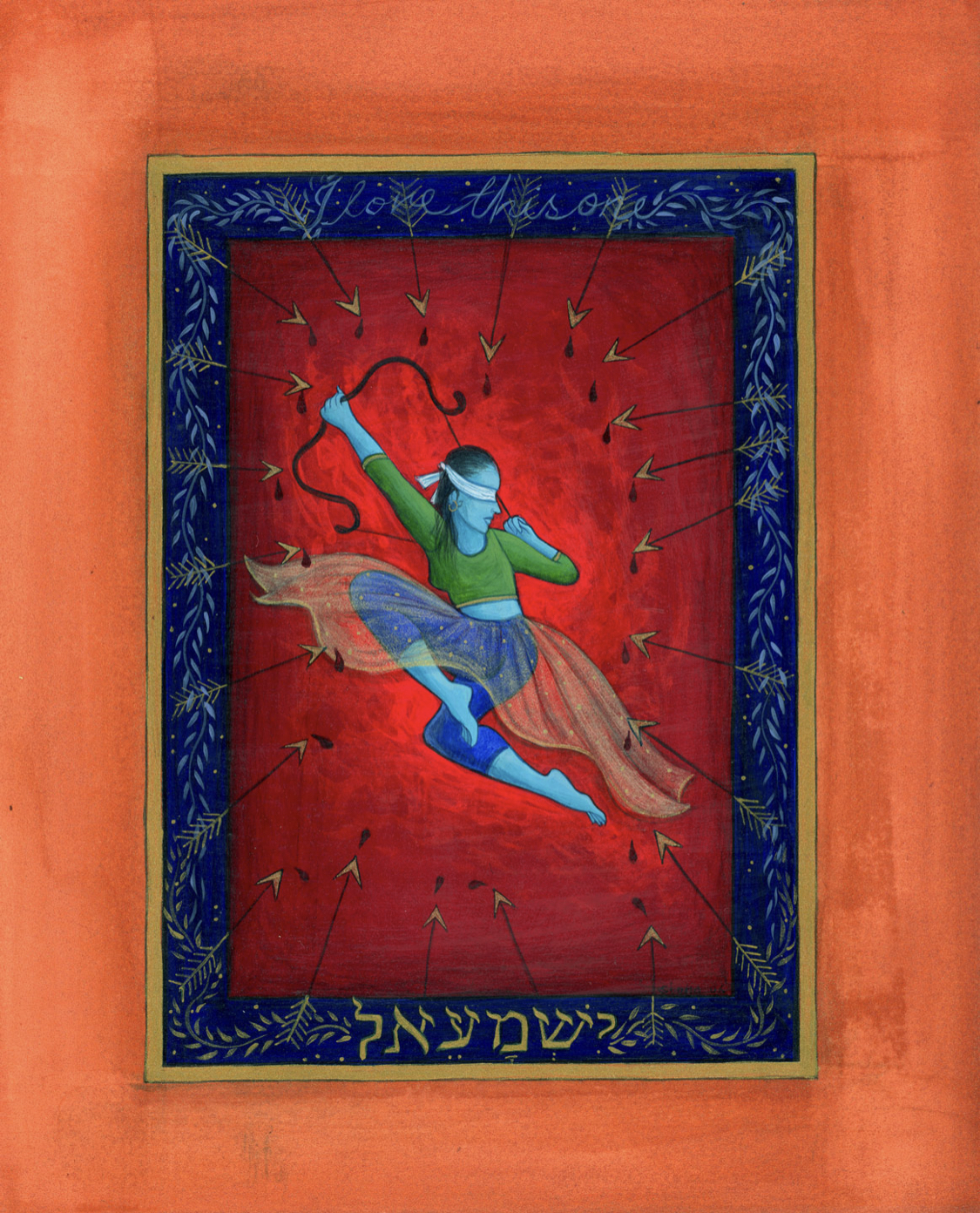 « Does Isaac Recognize Jacob? Is Lying Ever OK? » Angels Show Jacob the Way to the Heavens