Last week, we discussed Jacob calling Rachel and Leah to the field and telling them that, seeing their father, Lavan’s face, and that he was not like he had been before, nonetheless God had been with him, that he attributes his success to God (not to his own scheming and devices) and says it was due to God that Lavan had not done bad things to him, that Jacob is narcissistic, given that God had only said he would be with him not that he had been with him, that Jacob says he had a dream in which God appeared to him, he responded Hineni (Here I am) and God re-identifies himself as the God at Beth-El where Jacob set up the pillar, and tells him to go back to the land of his birth.

We discussed Rachel and Leah’s lack of concern about leaving their father’s house since they believed they no longer had any portion or legacy in his house and would be thought of as foreigners there since Laban sold them and had eaten up their money (a strong statement) and that all the wealth delivered by God (following Jacob’s claim it resulted from God being with him) now belonged to them and their children, that Jacob put the wives and children on camels and drove them with all his property and camels to Paddan Aram in Canaan to come to Isaac.

We discussed why Rachel stole the family idols—the teraphim—from her father (household idols, maybe having to do with divination), the midrashic idea that she did so in order to keep Lavan from turning to idolatry, or that she just took them for herself, or that they might indicate she followed regional gods/practice, that Jacob stole Lavan’s heart (i.e. deceived him) by not telling him Laban he was leaving, that mind was thought to be located in the heart for them, that the supposed bodily location of mind has differed in different cultures (and now scientists discuss the idea of the mind-in-the-gut), that Laban was only told after three days that Jacob and family had fled, that God appeared in a dream to Lavan telling him to beware of speaking with Jacob about anything from good to bad and that “from good to bad” means “anything” (and is a merism, a figure of speech in which two contrasting terms are utilized to stand for the whole such as “searched high and low” meaning “searched everywhere” and as we saw in “knowledge of good and evil” meaning “knowledge of all things”).

We discussed that Lavan caught up with Jacob and his brothers where they had set up tents in the hills of Gilead and complained of his taking his heart and daughters like prisoners of the sword, that he stole from Lavan, of him not permitting Lavan to give his sons and daughters a good-bye kiss (and was foolish in not doing so) when Lavan would happily have sent them off with happiness, songs, drum and lyre, that the two tricksters were meeting up with each other and accusing each other of being thieves, that the conflict cycled back and forth, that Lavan said God had told him not to speak with Jacob and asked Jacob why he had stolen Lavan’s family gods.

Our artwork this week is by contemporary Israeli-Jewish artist, Ruth Schreiber from Jerusalem (previously from northern California), Rachel (above) and Sarah (below). The photo of Rachel shows her, on a camel, hiding the idols she had stolen by sitting on them. The photo of Sarah is accompanied by “Genesis 21:12 ‘…whatever Sarah tells you, do as she says,’” which God says after Sarah saw Ishmael playing around—maybe playing around with Isaac—and expressed her wish that Abraham drive Hagar and Ishmael out so that Ishmael would not inherit with Isaac. Her eyes and expression are suggestive, perhaps of a woman who knows exactly what she is doing, perhaps of a woman who is watching everything closely. Sarah, by contrast, looks contented and maybe even a little smug. Sarah is colorful, stands out and is mobile. Sarah is plain, or even drab, and stands, powerful even though she is still and fades into the background. 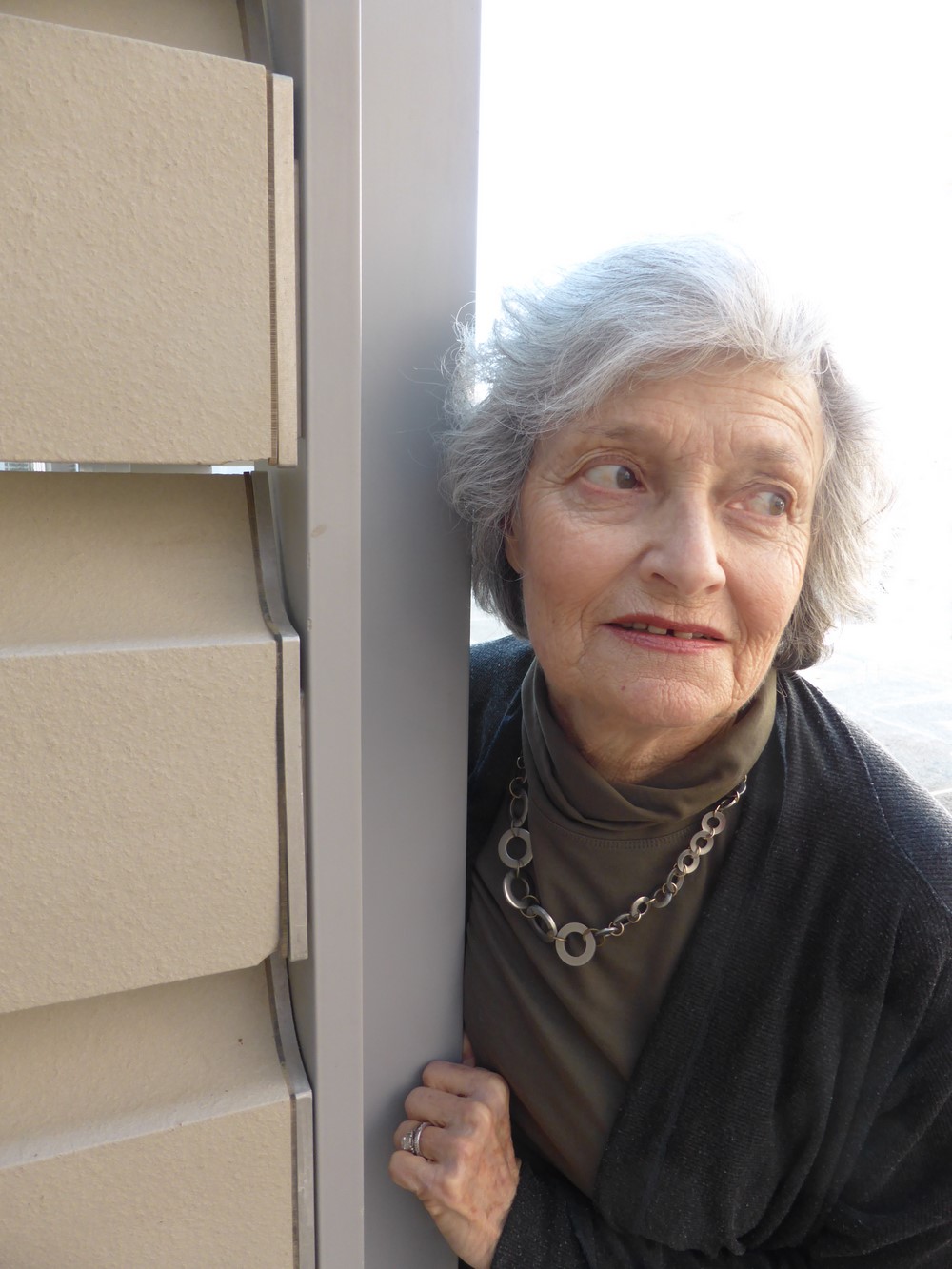