Last week, we discussed Reuben setting things up so that he could be the hero but not being able to because Joseph was gone when Reuben went to rescue him from the pit, Jacob being paid back for stealing his brother’s birthright with deception involving clothing and goat skins by his sons deceiving him using Joseph’s clothing and the skin of a goat, Jacob mourning his son Joseph’s (apparent) death for a very long time and refusing to be consoled, and the Midianites selling Jacob to Potiphar, some kind of official of Pharaoh.

We discussed Judah then going off on his own, leaving any benefit he might get from his place in the family, and marrying the daughter of a Canaanite man named Shua, Judah’s wife getting pregnant and giving birth to a son Judah named Er and two other sons, one she named Onan and another she called Shelah, and Judah getting a wife for Er named Tamar.

We discussed a number of interpretive issues and topics including why Judah plays such an important role in the story (and is who we were named after) since, after all, he was the fourth son and the conclusion that his story is a southern kingdom story included in the combined northern-and-southern kingdom final Joseph story, that Judaism is ever-changing (for example, that there are numerous different ways of following the law or being halakhic) and the story of Moses and Rabbi Akiba in which Moses is transported to Akiba’s class and does not recognize what they are doing until Akiba says he got an idea from the halakha Moses received at Sinai (meaning that it is still Judaism but it nonetheless had changed so much Moses didn’t recognize it) and the interpretive principle kal v’chomer which suggests that if one statement is true then “all the more so” or “even more strongly” a second is true (similar to a fortiori).

Our artwork this week is by Argentinian-American Hasidic painter, Rosa Katzenelson, Joseph’s Dance (above), and Dancing in the Rain (below). Katzenelson studied art and film in Argentina and is a trained Lacanian clinical psychologist. Joseph’s Dance portrays a dancing Hasid—or, instead, does it portray Joseph, surrounded by his brothers, wearing a beautiful blue suit. 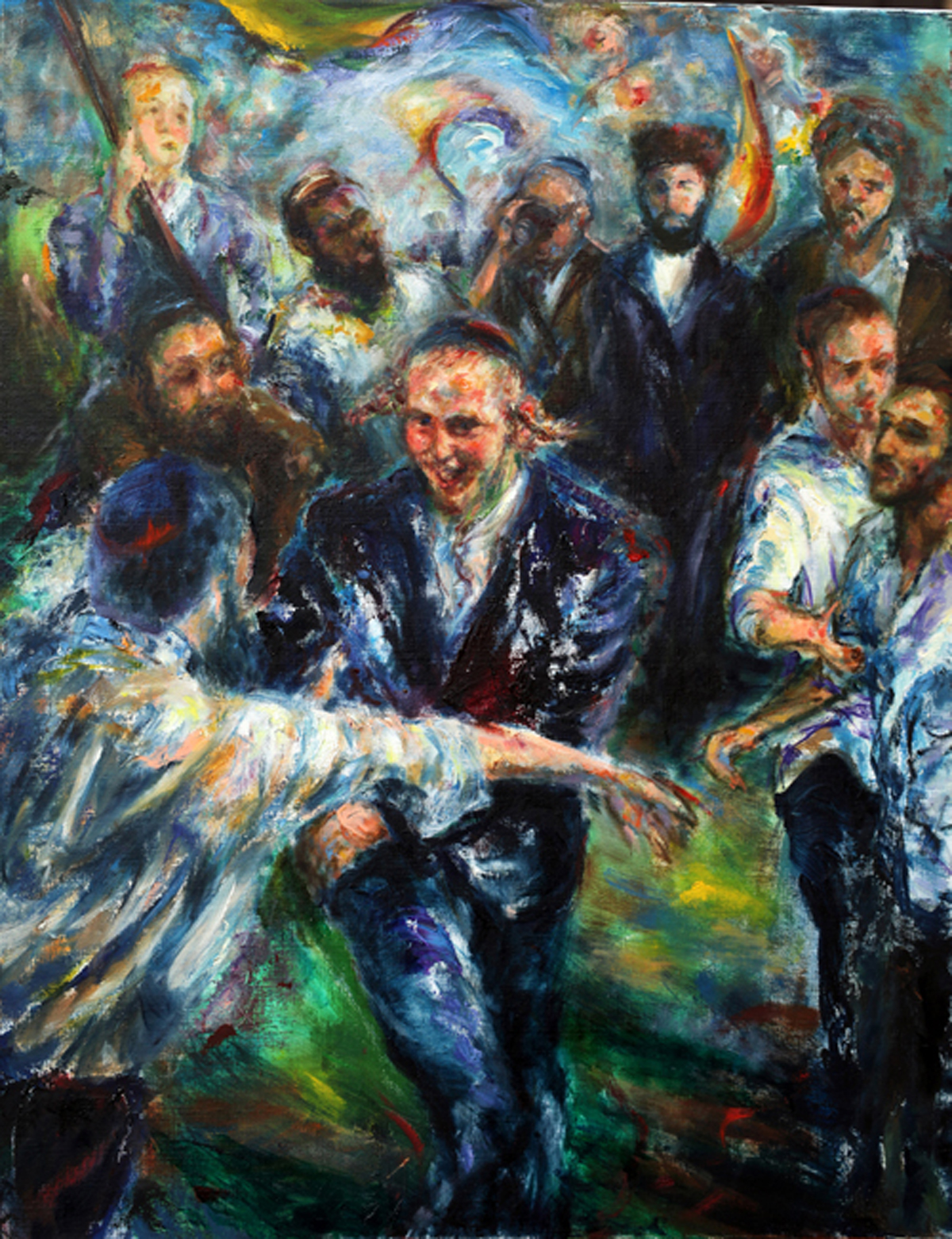 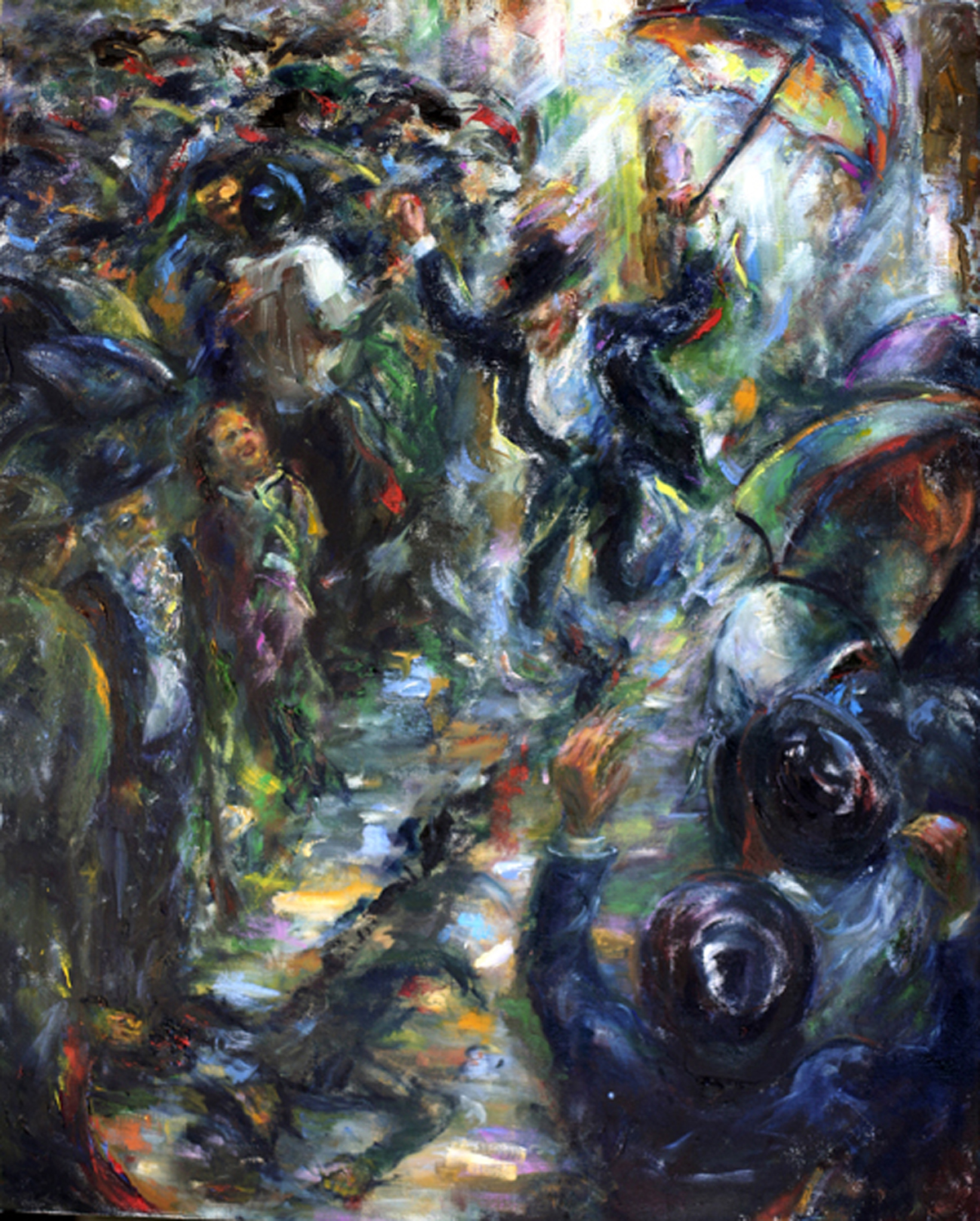 Dancing in the Rain (Rosa Katzenelson)