Last week we discussed Judah going up to Timnah to his sheepshearers and thought he was not just going for the sheep shearing but to meet women, too, since his mourning period was over and we wondered who told Tamar that Judah, her father-in-law, was coming (since the text says that she was told but does not say who told her). We noted Tamar taking off her widowhood clothes, covering herself with a veil, wrapping herself and sitting in a visible place on the road to Timnah, readying herself to appear to be a prostitute, and that she did it because she saw that even though Judah’s surviving son, Shelah, was grown, she had not been given to him as a wife (because we assumed, Judah was worried that he, too, might die, like his other two sons to whom she was given).

We discussed Tamar bettering herself by doing so because, by having sex with Judah, she would become part of his family rather than an unmarried woman at home with her parents, and how Tamar was bettering Judah’s family, too, by producing an heir for them, and that she was at once transgressive and supportive of the patriarchy in doing so. We discussed Judah thinking she was a prostitute because she had covered her face, turning to her and encouraging her to let him have sex with her, not knowing she was his daughter-in-law.

We discussed her asking what she would be paid for sex and Judah offering a goat kid from his flock and Tamar then wanting security for it (as a prostitute, wanting to be paid upfront; as Tamar, wanting some way to identify him as the person she had sex with) and Judah asking what kind of security pledge she wanted and Tamar answering she wanted his seal, cord and staff. We discussed this being like asking for a credit card to ensure payment for a purchase but also noted these were central to Judah’s position of power—the seal that identified him, the cord that went with it, and the staff which probably also had identifying components. We noted that they had sex and that, only after one sex act, she became pregnant.

We noted Tamar taking off her veil and getting dressed in her widowhood clothes and, after that, Judah sending a goat kid by way of his friend (his wingman), the Adullamite, who looked but did not find the prostitute he was looking for and then asked for the sacred prostitute who was visibly by the side of the road. We discussed the Adullamite saying “sacred prostitute” rather than simply “prostitute” (to make the prostitute sound better? to make Judah look better?) but being told there was no prostitute there. We noted his concern that if she did not take the pledge items, he and Judah would be disgraced.

Along the way, we discussed that Shelah did have children, as described in Chronicles, and that his family was in service to the king (probably Hezekiah), were in the clothing and pottery businesses in the Shephelah (the Judean lowlands) at the Philistine border, and that it is likely they were decimated, when the area was conquered by Sennacherib (including the siege of Lachish), and the survivors incorporated into the Jerusalem area.

Our artwork this week is by New York Jewish expressionist artist, Ben-Zion (Ben-Zion Weinman, 1897-1987), Joseph and Potiphar’s Wife (above), and Joseph’s Dream (below). Ben-Zion was originally from Ukraine, where he had a yeshiva education, moved to Galicia and Vienna, and, after his cantor father died, to New York. He was part of the expressionist group “the Ten” along with Mark Rothko and Ilya Bolotowsky. He was a painter, a graphic artist, a sculptor, and a writer—and also was involved in the revival of the Hebrew language by writing poetry, plays, and fairy tales in Hebrew before and early on in his time in the U.S. He used art to critique fascism but also created one hundred fifty paintings of Biblical subjects. 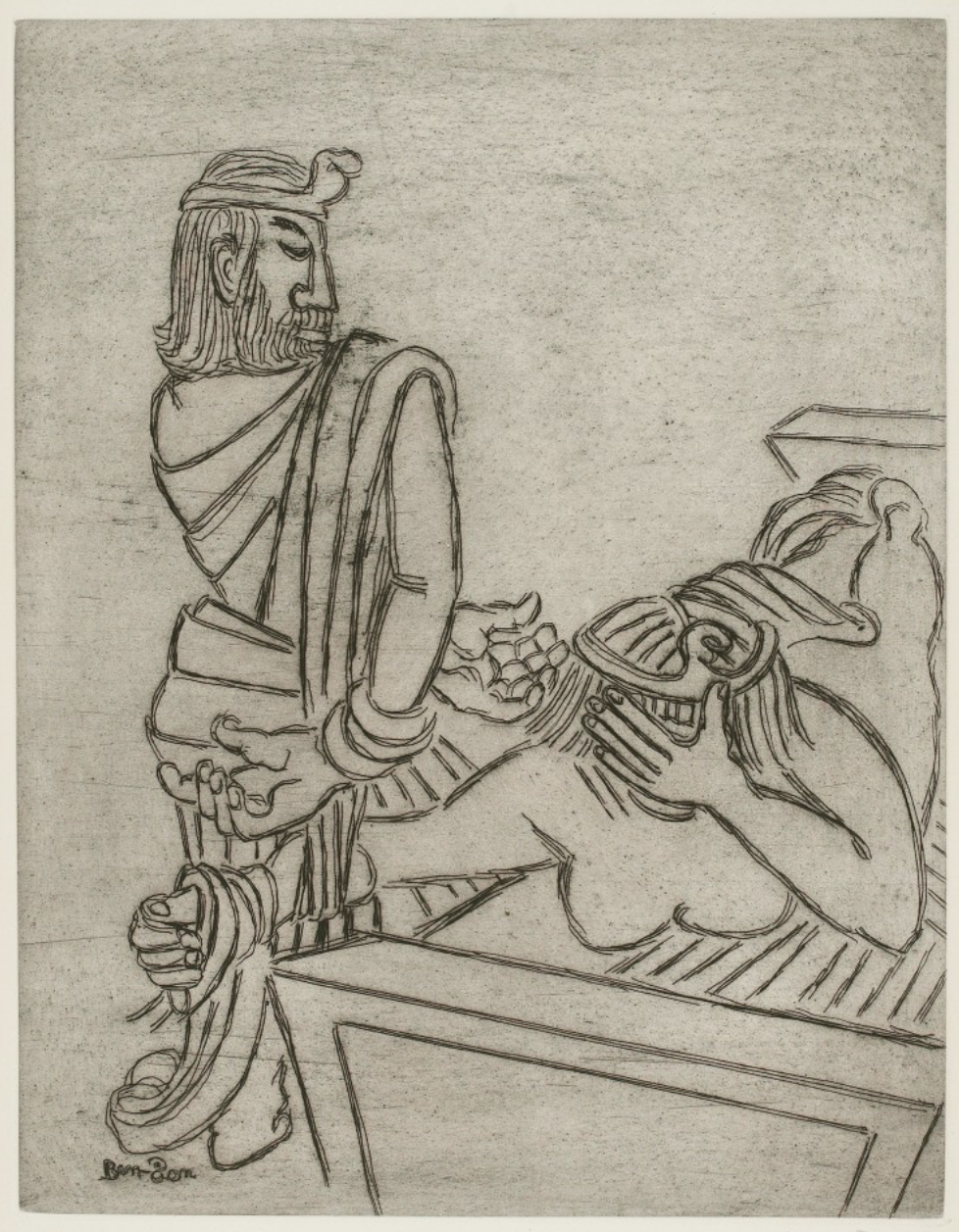 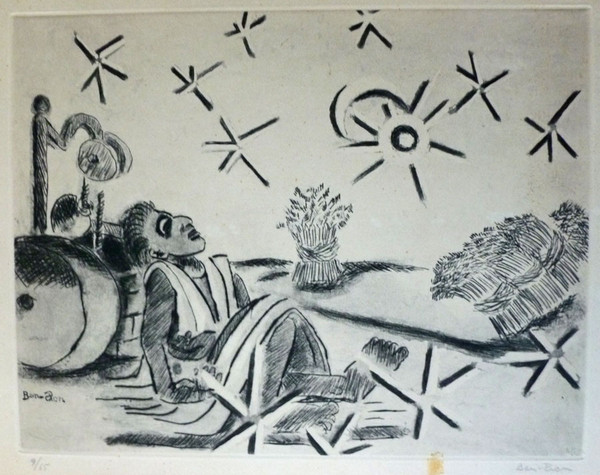