Last week we discussed Joseph being rushed from the pit to interpret Pharaoh’s dream. We noted that Joseph shaved and changed his clothes, that that was a sign of his change in status and of his assuming Egyptian customs (since Egyptian men were clean-shaven while Israelite men were not). We discussed Pharaoh telling Joseph that no one could interpret his dream but that he had heard that for Joseph, to hear a dream was to give its meaning, and Joseph replying that it was not he but God who would answer regarding Pharaoh’s well-being (his shalom).

We noted that Joseph says “God” not “YHVH” making it possible for Pharoah to have a different idea of what the god referred to was (himself—since a Pharaoh is a god? the god of the Egyptians?) while Joseph would still be able to communicate with him and make a good impression. We discussed Pharaoh telling Joseph his dreams and some of the differences in this account of the dream, for example, Pharaoh saying that he had not seen any cows as bad as the scrawny dream cows in all the land of Egypt and his saying that, after the fat-fleshed cows were eaten by the scrawny ones, it wasn’t known that the fat cows were in them (that is, that the scrawny cows appeared just as scrawny after they had eaten the other cows as before) and we noted the disturbing idea of carnivorous cows.

We noted the evident anxiety over the future in Pharaoh’s dream and R. Sara’s idea that Joseph was like a therapist who takes Pharaoh’s anxiety and puts it in a form in which he can handle it. We discussed Joseph’s interpretation that the seven’s in the dream referred to seven years of bounty and seven of famine—famine so heavy the bounty would no longer be remembered. We discussed the similarity to contemporary capitalism and capitalism in general not planning for the future but only thinking of gain in the present.

We noted Joseph saying that Pharaoh’s dream is one dream implying that the two dreams have the same meaning and that they tell Pharaoh what God is doing. We also noted that Joseph makes use of the situation to raise his status by exhorting Pharaoh to find an understanding and wise man to set over the land of Egypt (implying, of course, Joseph himself) and to appoint overseers to five-out the land (organize it? tax it?) during the bountiful period in order to gather up food and pile up grain in the cities and watch over it all–meaning, presumably, to make sure that it remains and can be shared during the time of famine.

Our artwork this week is watercolors on paper by US Jewish artist, Barbara Hines, from her “Spotlight on Joseph” series, Joseph Communicated with G-d (above), and Joseph’s Journey VI (below). Hines makes Joseph contemporary and relatable. “Joseph is an icon showing the world how to handle adversity whilst maintaining trust in G-d,” she says. I like how Joseph is in color while the others are in black and white above while he seems lost and alone in a swirl of that color below. 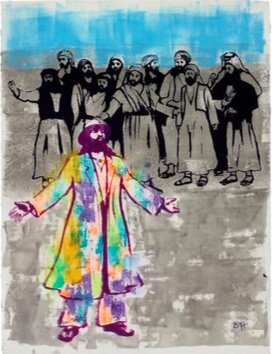 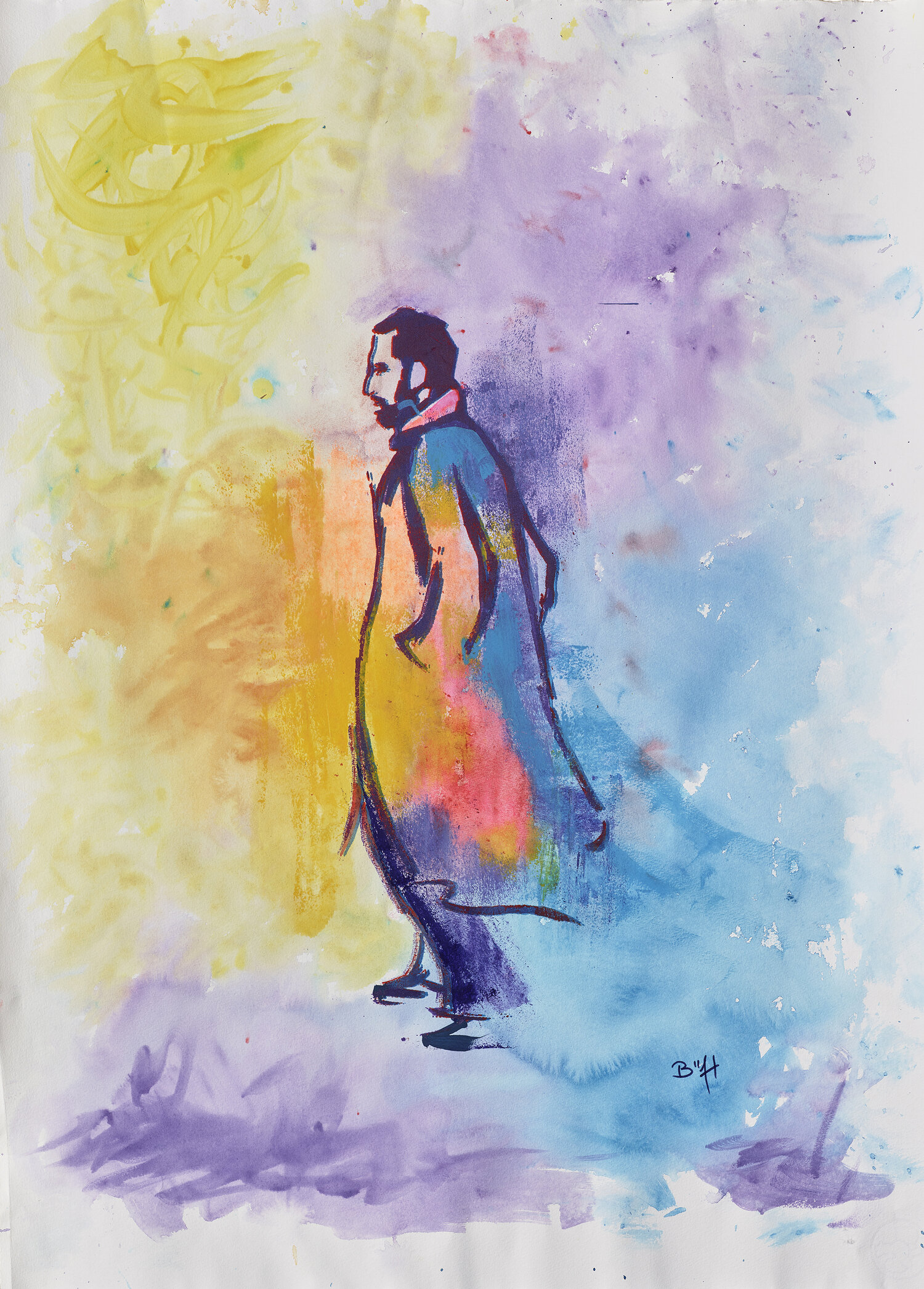