We noted that the total number of persons is seventy but that the numbers do not add up. Seventy, though, is a perfect number in Torah so that may be its origin.

We discussed the dramatic moment of Joseph going to meet Israel/Jacob in Goshen, embracing him and crying. We noted the text does not say that Israel cries, too. We discussed Jacob saying that now he could die since he had finally seen Joseph. We noted Joseph telling them to present themselves to Pharaoh as shepherds so that they could stay in Goshen since the Egyptians abhorred shepherds. We discussed what that might mean, since there is no historical evidence of such abhorrence. Perhaps it was an urban dislike of things rural rather than some religious stricture.

Our artwork this week is more work by Russian French Jewish artist, Marc Chagall (1887-1985), Jacob Leaves His Country and His Family to Go to Egypt (above) and Jacob blesses Ephraim and Manasseh (below). Chagall completed 65 plates for etchings and engravings in his Bible series between 1931 and 1939. His work came to a halt when his sponsor for the Bible series died and Chagall left France for the United States to escape the Nazis. He returned to France in 1948 and began working on the series again in 1952. It is hard not to think that the passionate, human quality of his illustrations, such as the one above of Jacob leaving everything to go to Egypt, was influenced by his own experiences of exile and loss. 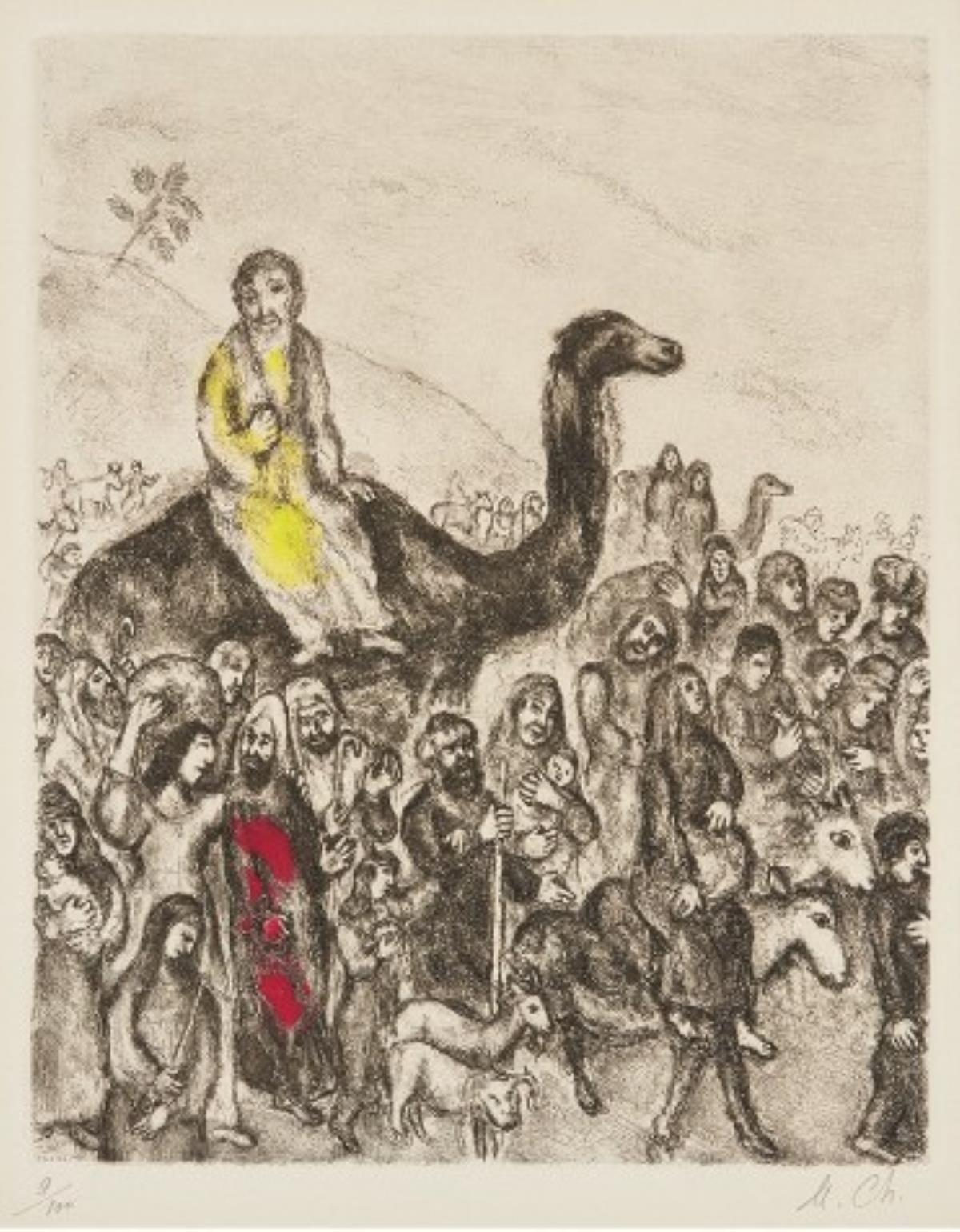 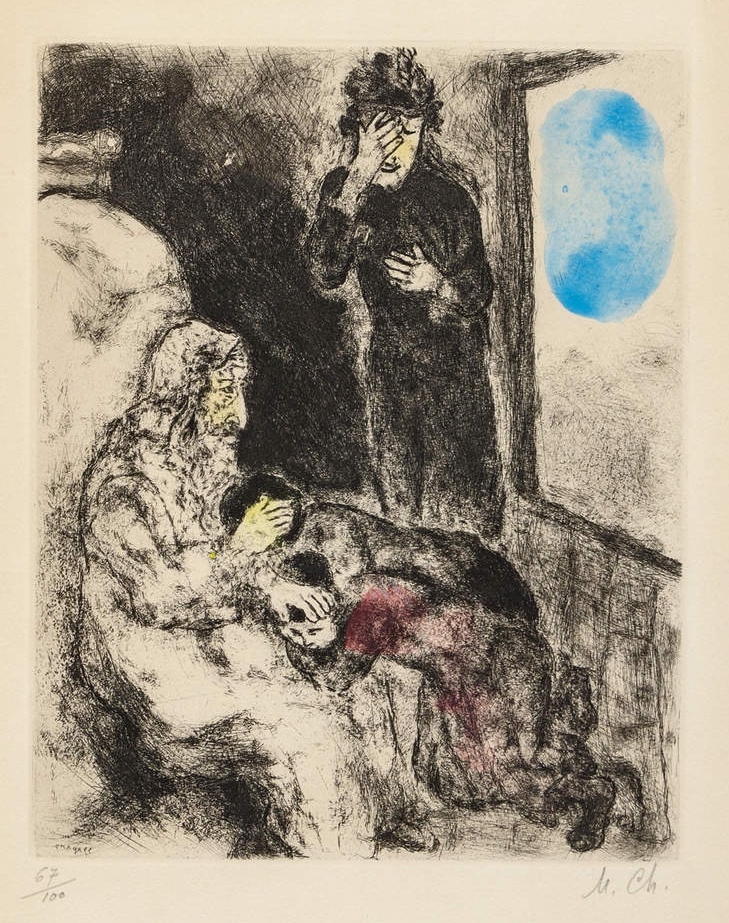