Last session, we discussed Joseph exchanging bread for livestock, when the Egyptians lacked bread due to the famine, and then turning the Egyptians into serfs, when they had nothing left to offer but their body and their land (and did not want them or the land to die). In this way, Joseph built up Pharaoh and his own people. We discussed “sharecropper” as an appropriate term for the Egyptians’ situation under Joseph since he bought their land (for Pharaoh) and they would work it and get a share of the crop.

We discussed Joseph moving the now land-dispossessed Egyptians into cities—except that he did not buy up the priests’ land (since that would be against one of Pharaoh’s laws) and the priests were given a statutory share to eat. We also discussed Joseph giving four shares to the Egyptians and only one share to Pharaoh, which puts the Egyptians’ situation in a somewhat better light.

We noted that Israel lived in Goshen, in Egypt, and held property there, and were fruitful and multiplied. Joseph took care of his own and they did well when most Egyptians did not. Finally, we noted the author of the story saying the four-fifths share arrangement continued “until today” and that this indicates the Joseph narrative was not a folk narrative but was written by a modern Egyptian Jew (and was a work of literary genius).

Artwork by Alan Falk (1945- ) graces us again this week, Jacob Blessing Ephraim & Menashah (above), and Do Not Stand Idly By (below). Falk is a U.S. Jewish painter, originally from England, whose work is known for strong color conveying Biblical scenes, mythology, and poetry. He portrays Jacob crossing his arms to bless the sons out of birth order, blessing Ephraim before Menashah, the firstborn, and Joseph attempting to stop him. In the scene behind, you can see Isaac being tricked to bless Jacob and Esau standing behind him, head in hands in despair. I’m sure we will have a lot to discuss in our session about the meaning of Jacob blessing the second — not the firstborn. 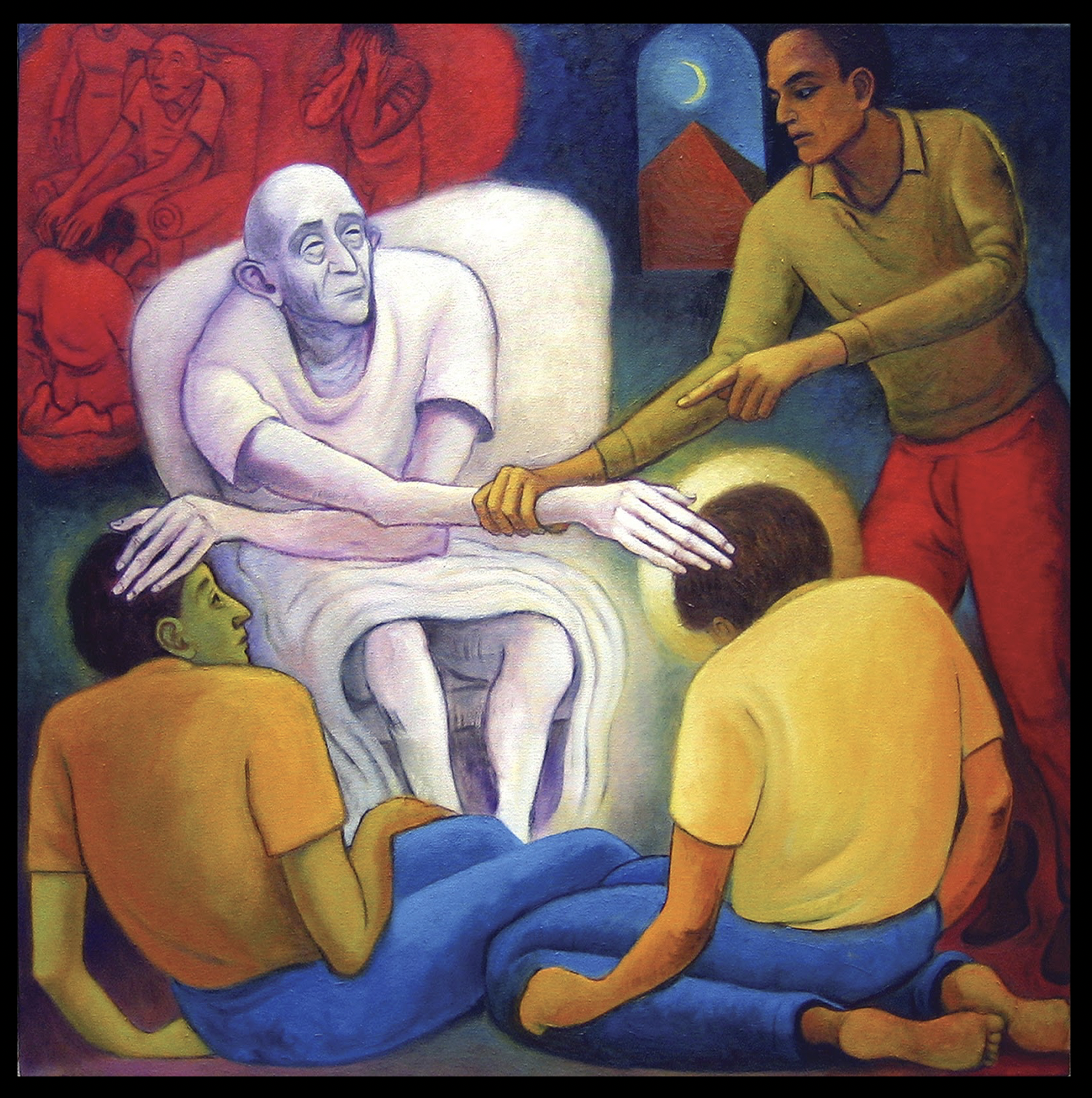 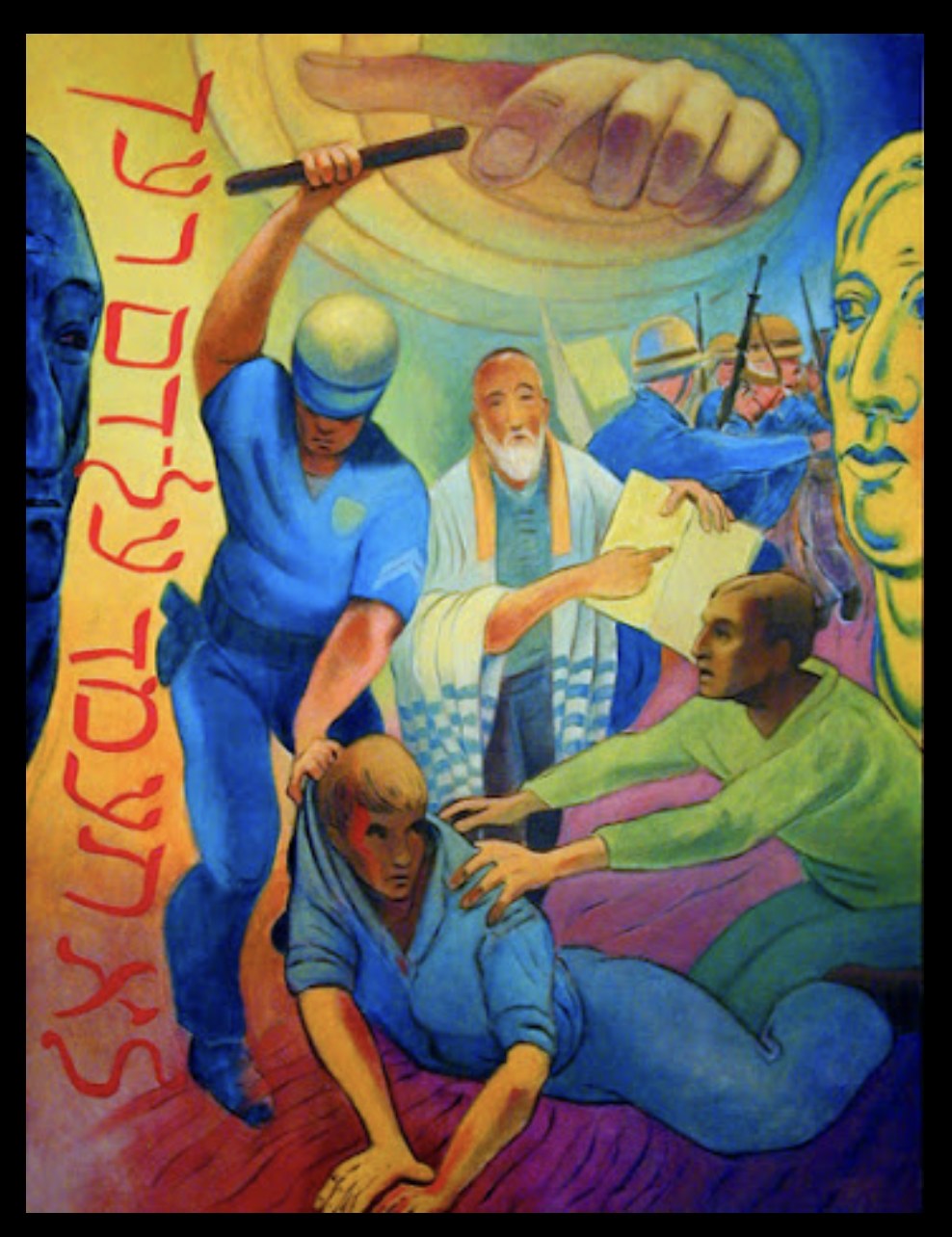 Do Not Stand Idly By (Alan Falk)